At last Thursday’s event in Putrajaya to kick off the three-month-long Rukun Negara Golden Jubilee celebration, several popular local artistes livened up the atmosphere with their rendition of two songs dedicated to the national ideology.

Many thought the songs, titled Rukun Negara and Lima Prinsip Rukun Negara, were composed specially for the occasion.

As a matter of fact, these two patriotic numbers have been around for a good 13 years as they were composed in 2007 but it appears that not many people have listened to the songs or, for that matter, even knew they existed.

At last Thursday’s event, Rukun Negara was performed by Dayang Nurfaizah and Roy (who were also the original singers of the song) while Lima Prinsip Rukun Negara was rendered by Datuk Syafinaz Selamat and two up-and-coming artistes Afieq and Wani (the song was originally sung by Wah himself and his daughter Natasha Ines).

Why did the two songs dedicated to promoting the spirit of Rukun Negara go largely unheard of and unappreciated?

Wah, in an interview with Bernama, said it was unfortunate the songs did not garner the attention needed to receive airtime on local television and radio networks

"Songs belonging to the patriotic genre are seasonal in nature and only played during the Merdeka month. This is one of the reasons why most people are unaware of the existence of various patriotic numbers, including the Rukun Negara songs,” he said.

According to Wah, patriotic songs are rarely played by radio and television stations because they, apparently, lack commercial value.

"We only have three songs dedicated to the Rukun Negara, two of which were composed by me and Datuk Mokhzani, as well as a song that was composed during the 1970s.

"These songs are relatively unknown among the people but thanks to the golden jubilee celebration, the songs will be reactivated,” said Wah, who also composed Standing In The Eyes Of The World, the theme song for the 1998 Commonwealth Games in Kuala Lumpur sung by Malaysia’s Queen of Rock Ella.

Expressing his delight over the selection of his song to rev up the 50th anniversary celebration of Rukun Negara, the Ipoh-born songwriter hoped that his composition will help the public to better assimilate and appreciate the five principles of Rukun Negara.

He also hoped that the golden jubilee celebration would offer a starting point for the Rukun Negara songs to be heard on-air more frequently throughout the year.

"Instead of expecting only RTM to air the songs, other television and radio stations should also do it. Just play the songs two or three times a day. Listeners will get to like these songs when they listen to them repeatedly. More importantly, it will arouse feelings of patriotism among the people,” added Wah.

Meanwhile, Mokhzani, who is also an accomplished pianist and in 2015 became the first Malaysian to be appointed international ambassador for German piano brand Hagspiel, said the composition of patriotic numbers has changed over the years with songs like Rukun Negara and Lima Prinsip Rukun Negara taking on a more catchy, upbeat and contemporary tune in line with changes in the musical taste of the people, especially the younger generation.

"In comparison, those patriotic songs composed in the 1950s were set against the marching band music in order to evoke the people’s spirit (of nationalism), ” he said.

Pointing to the song Gemilang, composed by Aubrey Suwito and rendered by Jaclyn Victor, Mokhzani said it was a patriotic number – although not many people realised it – but went on to become a hit.

"This shows that songs with patriotic elements can also be well-liked by the people, ” he added.

Explaining why Rukun Negara and Lima Prinsip Rukun Negara should not be reserved for special occasions and the Merdeka month and, instead, be played on-air throughout the year, Mokhzani said these songs will help society to remember the five pillars – Belief in God, Loyalty to King and Nation, Upholding the Constitution, Rule of Law and Good Behaviour and Morality – and comprehend their implicit values.

Music, he added, is not seen merely as a form of entertainment but as a "universal language” packed with the power to unite multi-ethnic communities, as is the inherent desire of the Rukun Negara.

"Music is a universal language that is understood by all people regardless of their race and background. It is a language that can evoke a sense of belonging. It is also the best medium to bring communities together,” he said. – Bernama 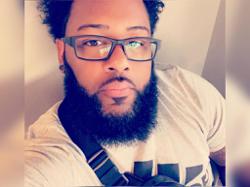