'Yesterday' offers a world where there's no Beatles

In 'Yesterday', Himesh Patel (left) plays a young musician who wakes up in a world where The Beatles does not exist. Singer Ed Sheeran plays himself in the film. Photo: Universal Pictures

Imagine there’s no Beatles. It’s easy if you try – even easier if you see Yesterday, a flight of pop culture fancy from Trainspotting and Slumdog Millionaire director Danny Boyle and Four Weddings And A Funeral screenwriter Richard Curtis, opening on June 27.

As the film’s trailer has telegraphed, Yesterday posits a world without the Fab Four, without Beatlemania and, most disconcertingly, without I Want To Hold Your Hand, She Loves You, Strawberry Fields Forever, Revolution, Let It Be, Something or The Long And Winding Road.

At least, the world appears to spin for a time minus this celebrated body of music after the movie’s central character – struggling singer-songwriter Jack Malik (played by Himesh Patel) – gets walloped by a bus while riding his bike through the streets of small-town England, just as all power mysteriously, momentarily, goes out around the globe. When he comes to and casually drops a reference to the Beatles, the response from his circle of millennial friends is unanimous: “Who?”

What follows, far from a one-joke exercise, is a consistently winsome and unexpectedly rich artistic and social exploration from Boyle and Curtis, who spent a couple of years cobbling their fascinating fable together, one that includes sizeable comic assists from actress Kate McKinnon as a merciless talent agent, and bona fide pop superstar Ed Sheeran as himself.

“It’s such a brilliant idea – I can’t believe it’s not been done before,” Boyle told The Los Angeles Times on the same day Patel was about to step on stage in Las Vegas at the exhibition conference CinemaCon and sing some of the Beatles classics he delivers in the movie.

Since only Jack remembers those songs, his listeners react with the astonishment of hearing them for the first time.

That instantly gives the – truth be told, not terribly gifted – young musician access to a repository of the greatest songs the world has never known.

In the process, Yesterday gently explores the mystery of musical inspiration, what constitutes fraud, the inevitability of certain artistic expressions and the ability of love to find its way by hook or by crook.

Jack soon begins wrestling with feelings that he himself is a crook, getting away with artistic theft in a world that’s gone Twilight Zone sideways – not an entirely fictional scenario.

“It’s like what Paul (McCartney) has said about (the song) Yesterday: he just woke up and played it, and for a long time he was certain he had stolen it because it came to him so fully formed and seemed so familiar,” Boyle said. “He didn’t know how it arrived, but it is one of the world’s most perfect songs. We still don’t understand these things. Maybe it will all be revealed one day; maybe it won’t.”

Boyle and Curtis, both 62, grew up in the era of Beatlemania and make no secret of their lifelong love affairs with the group’s music, which made their work on Yesterday feel especially personal.

Curtis recounted living with his family in Sweden when the Beatles were on tour. “I stood outside their hotel for three days hoping they’d come out on the balcony,” he said in a separate interview. “It didn’t occur to us you could buy a (concert) ticket.”

Among the film’s charms is the way it lets movie audiences watch vicariously as on-screen characters discover the wonders of Beatles music. The obvious affection that Boyle, Curtis and the cast channel for all that John Lennon, Paul McCartney, George Harrison and Ringo Starr created over the decades is leavened with some of the same incisive wit the Beatles also embodied.

The film pokes fun in smart ways at record-industry cluelessness and rituals of music fandom, ie, a couple that holds aloft a sign for Summer Song, the title of one of Malik’s dubious original compositions, in the midst of a throng of fans loudly singing along while Jack powers out a punked-up version of Help! 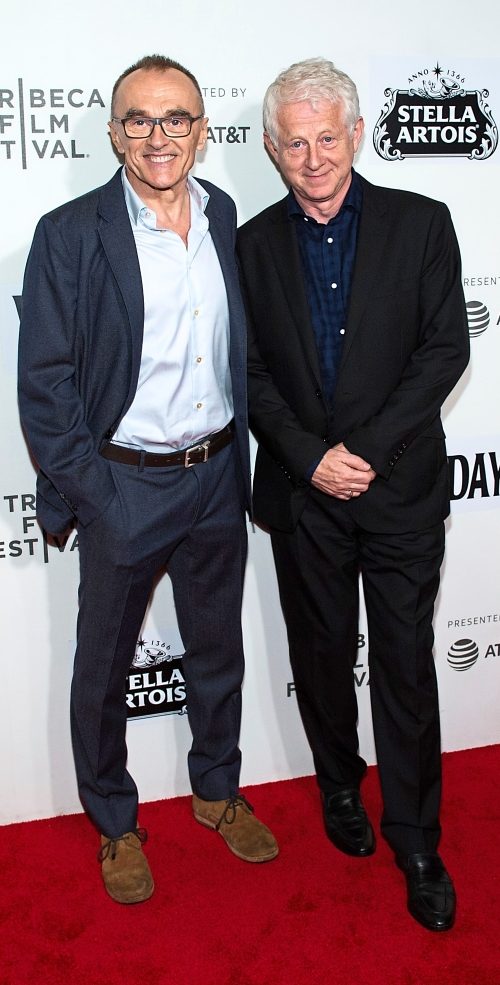 The way Himesh speaks to us throughout in these songs, it’s very truthful and direct,” Boyle said. “There’s no agenda at all, and to be able to do that with such a mystical totem of Beatles music ... it’s like pure spring water.”

There’s also a sweet story of unrequited love at the heart of the movie between Jack and Ellie (played by Lily James), the young woman who serves as his manager early on because she’s the one person in the world who believes unequivocally in his innate talent – and him.

That part of the story links Yesterday to Curtis’ previous scripts for such standout English romantic comedies as Love Actually and Four Weddings And A Funeral, while he also brings to bear the razor-sharp comic writing that has infused his work with Rowan Atkinson on his Mr Bean TV series and two feature films.

“I think we underestimate romantic comedy in movies,” Boyle said. “Those things (romance and humour) are essential nutrients in your life.”

For his part, Curtis said he’s attempted to carry on the Beatles all-you-need-is-love philosophy in his career.

“I always feel that what I’d chosen to do in my work has been, in a very junior version, something like their tone,” Curtis said. “I try to make myself happy and, in a funny way, kind of ecstatic, which they always did without becoming only pop stars. Even their slow songs are happy, like Help! and I’m So Tired and You’ve Got To Hide Your Love Away.”

“My aspiration – knowing that no one can be in that league – is to make people happy and make them feel emotional things,” he said. “If I have to say what the central inspiration was (for his previous movie scripts), I would say The Beatles rather than Billy Wilder or Woody Allen or Nora Ephron.”

Boyle also got a supportive word back from McCartney about one facet of the project.

“When we decided to call the movie Yesterday, I wrote to Paul and said ‘Is it OK? What would you think?’” Boyle said.

“He wrote a very sweet note back and said ‘You should probably consider calling it Scrambled Eggs, since that was the original title (of his song). It would be a very good title, but like me, you can settle for Yesterday if you like.’” – Los Angeles Times/Tribune News Service

Yesterday is scheduled to open in Malaysia on June 27.

'Yesterday' offers a world where there's no Beatles