K-pop quartet BlackPink has a new album out. Photo: Filepic

The albums from BTS and Blackpink are supposed to lift K-pop from its current scandals. But another controversy has blown up over tactics used by the fans of the two groups in the battle to conquer the album charts.

There is talk that Blackpink fans paid streaming service Spotify to ensure that a Blackpink advertisement is played first before a BTS track can be listened to.

According to portal allkpop, the accusers say this tactic artificially raises the streaming numbers of the girl group’s latest song Kill This Love, that is in the advertisement.

But Spotify has clarified that the advertisement does not count towards tabulating the streaming tally for Kill This Love. The BTS fan, who first posted about the alleged Spotify tactic, has apologised over the ruckus caused.

Music insiders have said that 'Map Of The Soul: Persona' from BTS is destined to be a hit. Photo: Filepic

“I had posted an unconfirmed story about Spotify ... and more people than I had imagined ended up misunderstanding the situation. I knew that it was not true, but I just left a short message and did not cope with the troubles.

“Because of my act, the innocent members of Blackpink were extremely criticised. I am sorry.” While that matter has been resolved to some extent, another issue is still up in the air.

Starbucks is probing a claim that it has a promotion campaign with Blackpink. The coffee chain is said to offer a free drink voucher to anyone posting a screenshot of himself or herself listening to Kill This Love, accompanied with the hashtag #KillThisLoveStarbucks.

It is not known for now if the promotion claim comes from an overzealous Blackpink fan, or a BTS fan who wants to create trouble for the “enemy” camp.

Notwithstanding the efforts by the rival supporters to upstage one another, experts predict that the albums Kill This Love from Blackpink, and Map Of The Soul: Persona from BTS - will both reign supreme on the charts.

These releases are touted to provide a booster shot for the K-pop industry that has seen artistes, such as Seungri, Jung Joon-young and Roy Kim, booked for offences, from taping of women in sex acts to distribution of obscene photographs. - The Straits Times/Asia News Network 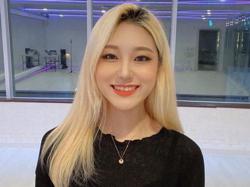 Drag racing set to return with fans in stands