New ‘Upin & Ipin' movie is most expensive Malaysian film ever 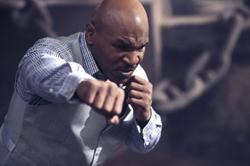 It is up to Upin and Ipin to figure out how to help the citizens of Inderaloka. — Photos: Les’ Copaque Production

The second feature film revolving around the shenanigans of adorable twins Upin and Ipin will be released on March 21 at cinemas nationwide.

Titled Upin & Ipin: Keris Siamang Tunggal (Upin & Ipin: The Lone Gibbon Kris), it has been in the making for five years now, with production cost reaching almost RM20mil (which would make it the most expensive Malaysian film so far).

“We took five years to make the film to increase our staff’s technical expertise in animation.

“This is to ensure Keris Siamang Tunggal is on par with the quality of international animated films and, at the same time, to elevate the standards of Malaysia’s animation industry,” explained Burhanuddin Radzi, the film’s executive producer.

“To be at the competitive level with productions overseas, we poured a lot of money into research and training our staff.

“There were a lot of technical challenges we had to overcome; for example, we had to scrap all of our old models in which we took a lot of shortcuts, and start afresh.”

It is up to Upin and Ipin to figure out how to help the citizens of Inderaloka. — Photos: Les’ Copaque Production

As per the production company’s blueprint, the latest Upin and Ipin film boasts of all things Malaysian.

In this case, characters from Malaysian folklore such as Bawang Merah, Bawang Putih, Raja Bersiong and Pak Belalang are in the main plot of Keris Siamang Tunggal.

The film starts with the two mischievous five-year-old boys – joined by their friends – helping Atuk to clean his messy shed.

There, they find a bunch of old stuff including a number of keris (Malay dagger). One of the daggers is a magical item, which opens a portal that transports the gang to Inderaloka where Raja Bersiong is hatching an evil plan that will ruin the peaceful life at this fantastical land.

“We have always tried to incorporate an original storyline that highlights our own culture. If Shrek could encompass all the Western fairy tale characters, why can’t we do it with characters from our folklore? The challenge is, we have to make sure these characters can stand on its own within the story for those who are not familiar with our folklore,” said Burhanuddin.

Characters from local folklore make up the main plot of the latest Upin and Ipin film.

He is looking at releasing the film outside of Malaysia – starting with Brunei, Singapore and Indonesia, followed by China, Taiwan and Japan.

“But the deals with China, Taiwan and Japan are still under negotiation as it’s tough to penetrate these markets,” he shared.

Despite the efforts to use only local talents, the company had to seek help outside Malaysia in its effort to produce an international level film.

“We do not have a rendering facility here (a process to generate a photorealistic or non-photorealistic image from a 2D or 3D model). We had to do that in Hong Kong.

“We did our English dubbing in Los Angeles for the international release. The audio will be done in Thailand.

“Also we are still finalising the music; we are going to Boston to utilise its orchestra there (with our compositions),” said Burhanuddin.

“We started out with 30 people working on this film. Now, we have 140 experts who are more than ready (for the next venture) ... Our next project won’t take five years,” he added.

He also mentioned that apart from the RM3mil it got from Malaysia Digital Economy Corporation (MDEC), Les’ Copaque coughed up its own money to make up the high cost.

“We are not certain if we can make back the money we invested. But we wanted to do our best, because our aim is to release a high-quality film, which would be the pride of our nation.”

New ‘Upin & Ipin' movie is most expensive Malaysian film ever 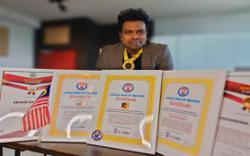