(From left) Chin, Tse, Cheng, Chan and Lamb auditioning to be the new boy band from Hong Kong.

After some two decades, the iconic Young And Dangerous gang has finally reunited on the silver screen with a brand new action movie titled Golden Job. (Read our review here)

The Young And Dangerous triad-themed franchise was so popular that it spawned some 15 movies (1996-2013) including sequels, prequels, spin-offs and parodies.

Yet, the five original actors – Ekin Cheng, Jordan Chan, Michael Tse, Jerry Lamb and Chin Ka Lok – didn’t work in a film together for 18 years as they had not found a suitable script.

Instead, they have been maintaining their brotherhood by conducting concert tours in the past few years.

In a press conference in Putrajaya on Oct 1 to promote Golden Job, producer Eric Tsang, 65, and director Chin, 53, fielded questions from local media together with actors Cheng, 50 and Lamb, 48.

Tsang shared that the movie team decided to wrap up their promo tour with the last stop in Malaysia. “That’s because Malaysians are our most supportive audience. Malaysians show us the most love,” said Tsang.

Chin said he was persuaded to make a comeback to direct Golden Job when producer Tsang approached him with a suitable script.

“It took so long because we never found a suitable story. In fact, we were always so busy with our own projects that we hardly had time to meet up. That was until we started to hold concerts, which always made me nervous as I had to sing,” Chin, who also stars in the film, offered.

“I discussed the direction of our movie with Jordan and we realised audiences loved our bromance, so we decided to shine the spotlight on our brotherly camaraderie and not focus so much on comedy,” Chin added. 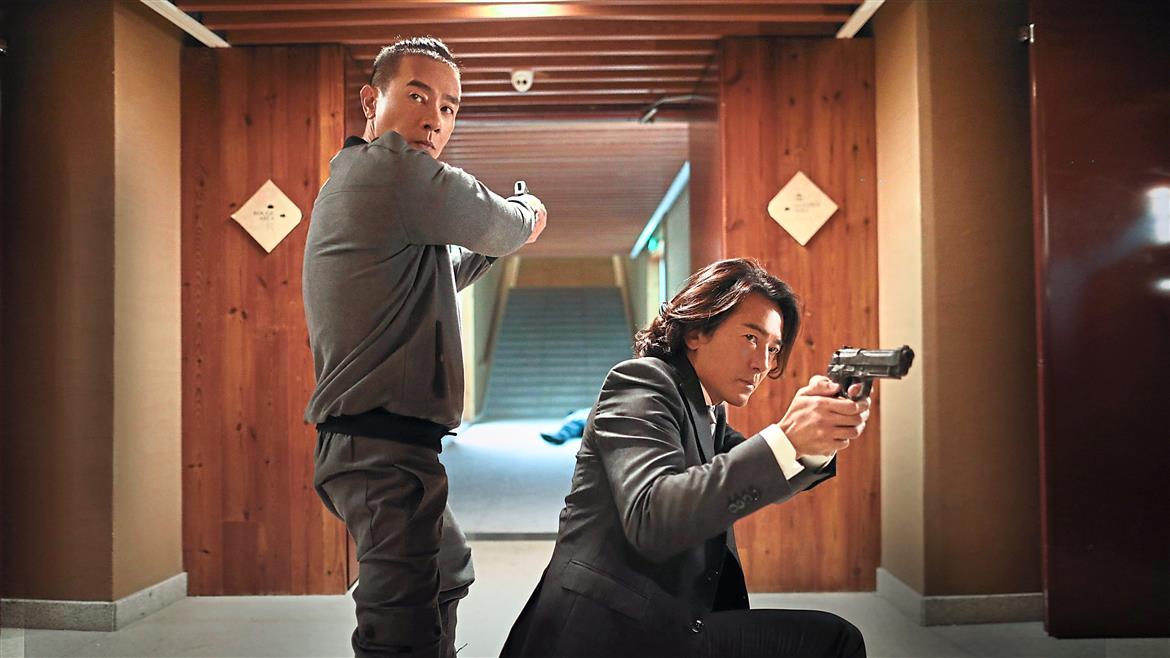 Ive got your back, bro.

Golden Job was shot on location in several countries including Montenegro, Hungary, Mongolia, and Japan.

In an action-packed movie like this, injuries are inevitable and aplenty. Almost everyone sustained injuries: Cheng tore a ligament in his shoulder, Chan hurt his hip, and Lamb injured his neck.

But Cheng and Lamb both reasoned that none of their recent injuries could compare to the ones suffered by Chin, as he had started working as a stuntman at age 16.

“Ka Lok used to be stuntman, which means he has many more injuries, even worse than ours. So, we know that he is constantly suffering from aches and pains. That is why we don’t dare to complain about our own,” said Cheng.

“Those kneecaps of his are like crystal balls. He is constantly rubbing them when he is done with his scenes and gets to sit in the director’s chair. We can see that he is always in pain so we work harder every time we are on the set,” Lamb added. 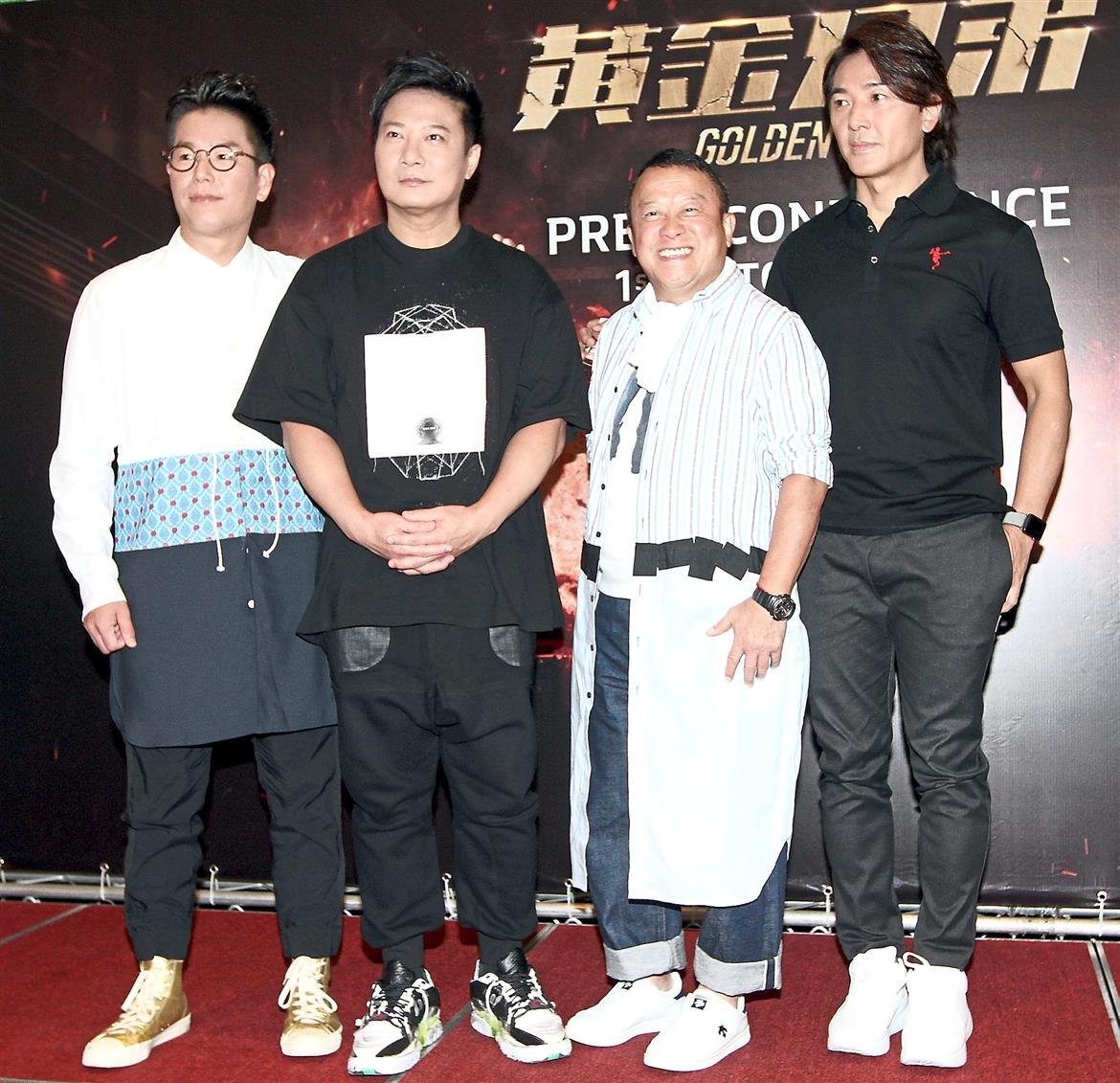 Chin let in on a secret about the names used in the film.

“The nicknames of the characters were coined while we sat together and bonded during mealtimes,” said the award-winning action director while listing the names of his team members – the fatherly mentor Papa (Tsang), the self-sacrificing leader Lion (Cheng), the short-tempered gunman Crater (Chan), the geeky tech guy Mouse (Lamb), the money-minded strategist Bill (Tse), the steady wheelman Calm (Chin).

“It was always a work in progress. Right till the end, we were still discussing which character should be the one to shoot the final bullet,” continued Chin.

Tsang revealed that they even debated on whether there was a need to kill off one of the characters. “But of course someone had to die. Otherwise, how else would we have a ghost for our horror sequel,” Tsang said referring to Malaysia’s love for horror flicks such as Munafik 2 and Hantu Kak Limah which are breaking the bank at the box office.

“Since Malaysians love horror and action movies so much, this is our plan. Our next movie will have lots of action; we’ll fight from beginning to end. And then throw in some ghost possession or haunting for good measure,” Tsang said with a laugh.