Score free tickets to the Korean Film Festival in KL

'Detective K: Secret Of The Lost Island' is one of the movies shown at the Korean Film Festival.

And a bonus? The screenings are all free for the public.

Just show a screenshot or a printout of this article at the ticketing counters of GSC Mid Valley starting today (Sept 20), and get two complimentary tickets to a movie of your choice, while stocks last.

This four-day Korean Film Festival in Kuala Lumpur is organised by the Embassy of the Republic of Korea.

In the spirit of the PyeongChang Winter Olympics earlier this year, and the debut of the joint North and South Korean women’s ice hockey team, check out Run-Off, a drama comedy on what it takes to form a national team.

The characters in this film are rather unlikely candidates: there are those who can barely skate, one is too old, another too young - and one among them is a North Korean defector. How will they overcome their differences?

For a good dose of history and drama, there is Dong Ju - The Portrait of Poet, which is a film based on Korea’s beloved poet, Yun Dong-ju, who died at the hands of Japanese colonialists.

Enter his world of turmoil, oppression and poetry in this black and white take on his life.

The Face Reader combines mystery, murder and the ancient tradition of face reading, in a sweeping tale of a power struggle and the ensuing chaos.

Of course, if you are gunning for something lighter, then Detective K: Secret Of The Lost Island might just be your cup of tea.

Follow top detective Kim Min as he attempts to track down the criminals behind counterfeit silver bars. It is action and laughs in a neat little package.

Rounding up the selection for this year’s film festival is Green Days: Dinosaur and I, an animated film which was nominated at the Annecy International Animated Film Festival in 2011.

Set in a rural town in the 1970s, this charming coming-of-age story will win you over with its wide-eyed look at first love, growing pains, and hopes and dreams.

Green Days: Dinosaur and I.

All movies are in Korean with English subtitles.

For showtimes and more information: GSC or the Korean Embassy.

Score free tickets to the Korean Film Festival in KL 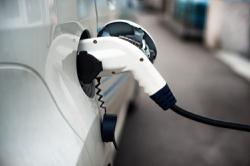