Mars kept the party vibe going throughout during his KL concert on Wednesday. — Handout

Any other day, a concert by a multiple Grammy Award-winning artiste like Bruno Mars would have been headline news.

But May 9, 2018 wasn’t any other day. It was a historic day for Malaysia, one that many of Mars' fans were part of, rushing to the concert after voting at their various constituencies, and proudly displaying their inked fingers like a badge of honour.

Still, the show must go on, and the Grammy award-winning singer was sensational during his show on Wednesday night. The last time Mars was in Malaysia in 2011, he played for 2,800 fans at the Putra World Trade Centre. This time around, 12,000 fans packed the Axiata Arena in Bukit Jalil to watch him strut his stuff as part of his 24K Magic World Tour.

Mars kick-started the show at 8.40pm with an emphatic “Let me hear you scream!” and the crowd duly responded.

From the moment he launched into the funky beats of Finesse, the entire stadium rose as one, and if there was anyone still left sitting at that point, they wouldn’t have been when 24k Magic came on.

There’s just something really electrifying about the way Mars performs that makes it impossible to take your eyes off him. Maybe it’s his laid-back fashion vibe or his infectious smile.

Or maybe it’s his smooth Michael Jackson-esque dance moves, or the charming, mischievous way he interacts with his adoring crowd. One thing is for sure, there was no doubt that Mars is a real superstar.

Mars wasn’t the only one worth watching on stage though. Clad in different sports jerseys, his entire band was a joy to watch, syncing their movements to mirror Mars’ playful vibe, and at times moving like an extension of the singer himself.

The 32-year-old sure knew how to play to the crowd too. On Calling All My Lovelies, he improvised the song’s phone conversation to say, “Hey baby I’m in Kuala Lumpur right now. I’m calling you to say, ‘Aku rindumu, sayang’.”

Though he slowed things down at times with songs like When I Was Your Man and Versace On The Floor, he kept the party vibe going throughout the concert with hits like Chunky, Perm, That’s What I Like, and of course, Marry Me and Just The Way You Are, and made sure the crowd was just as worked up as he was. Even the slightest lull in noise was admonished by Mars. “If you guys are going to be quiet tonight, then we’re going to be quiet too!” he said at one point.

Ending the show with the raucous and infectiously catchy Uptown Funk as his encore, Mars capped a solid concert with a party-like atmosphere. But for Malaysians, the party was just getting started. 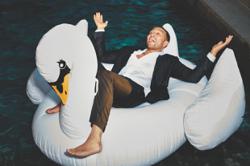 John Legend on #BlackLivesMatter and being Mr Chrissy Teigen 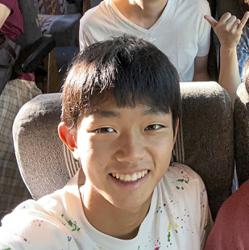