All is not as it seems on Collateral.

They are the cops every copper hates – AC12 (anti-corruption) or Internal Affairs as they are known on American TV. Their job is to investigate corrupt officers in the police force to single out the bad apples.

Superintendant Ted Hastings (Adrian Dunbar) and his deputies DS Steve Arnott (Martin Compston) and DC Kate Fleming (Vicky McClure) have their jobs cut out for them on the top rated British crime procedural, Line Of Duty.

Wait. A show about anti-corruption officers? Not about cops catching robbers, murderers, rapists and other scum and putting them behind bars? How is that interesting? Oh boy.

The intrigue, suspense, betrayals, schemes and machinations on Line Of Duty are on another level altogether. As Hastings says on the show: “Catching criminals is tough. But catching coppers? God give me strength.”

Line Of Duty is different, exciting and abhorrent – the crimes, the stories, the webs that are spun. Most of the action on Line Of Duty happens within the confines of the interrogation room at the police headquarters.

The stories are told masterfully, the characters are interesting and thoughtfully fleshed out and the build up of cases are on point. And, each series (there are four so far, the fifth scheduled to be out in 2019) is better than the last.

Line Of Duty makes you question the insidiousness of corruption by highlighting the utter dysfunction of the very institution that’s supposed to stand for what’s right. The moral ambiguity of its characters is portrayed so artfully that you are left thinking about them as well as the story-lines long after the credits roll.

Be forewarned though: There is a lot of conversation that requires your full attention. But the script is engaging and funny, with one-liners you’d remember for days to come. Stellar show, this one.

While Line of Duty is the leader of the pack where I’m concerned, there are a host of other cop shows available now on Netflix that are worth checking out.

Seven Seconds ... is that enough to change your life?

Seven Seconds is a gritty crime drama that is intense as it is poignant. The American drama revolves around the death of Brenton Butler, a seven-year-old black boy who is knocked down by a cop while cycling home one snowy day.

It’s an accident – the young cop is on the phone and doesn’t see the cyclist. But when he realises what he’s done, he makes the wrong call which sets off a series of really unfortunate events.

We follow the story through the lens of prosecutor KJ Harper (Claire-Hope Ashitey) and detective Joe “Fish” Rinaldi (Michael Mosley) who try and make sense of what happened through the many layers of cover-ups.

Racial tensions run high as the boy’s parents (Regina King and Russell Hornsby) try to find justice for their son. It’s intense and gripping but the narrative sometimes does drag on and slows the pace down. However, the series is compelling and King and Hornsby shine as the tortured parents.

It's tough being a cop ... even in Happy Valley.

Nothing happy at this valley

Not quite as intense is Happy Valley, another British series set in rural Britain. It follows police sergeant Catherine Cawood (Sarah Lancashire) as she valiantly hunts down the bad guys – one in particular who she believes caused the suicide of her adult daughter.

Cawood is a grandmother, mind you, but she’s tough as nails – a blunt, no-nonsense cop with a heart of gold. Each six-episode series centres around one case though the over-running arch is the one surrounding the death of Cawood’s daughter.

Two seasons in, Happy Valley’s idyllic setting of a beautiful countryside where everybody knows one another will dispel any notion that nothing ever happens in quiet towns. The strength of Happy Valley lies in its characters, particularly Cawood.

All is not as it seems on Collateral.

Netflix original Collateral which was released in February is another show worth checking out. Starring Oscar-nominee Carey Mulligan, Collateral is a four-episode crime drama that looks into the murder of a Syrian refugee named Abdullah, a pizza delivery boy who is shot in the opening scene as he’s out delivering an order.

Mulligan plays investigating officer Kipp Glaspie who is relentless in trying to solve the case. The more she digs, the more she discovers that Abdullah is merely collateral damage to a greater scheme involving the military, politicians and smugglers.

The series builds up slowly – but when pieces of the puzzle come together it’s quite the reveal. There seems to be a number of storylines that were left open-ended so maybe there will be another season after all.

Line Of Duty, Seven Seconds, Happy Valley and Collateral are available on Netflix. 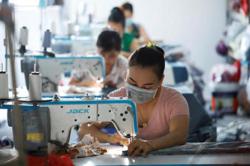 Vietnam's cloth import down 14.5 per cent in five months 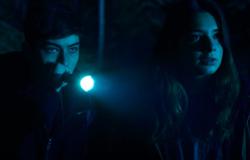 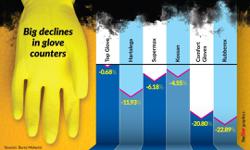