The Big Bang Theory spinoff is making movement, setting its core cast, including the young star who will play the childhood version of Sheldon has been cast.

Iain Armitage is being eyed for the coveted lead role in the hot comedy, simply titled Sheldon, to star as the young version of Sheldon Cooper – the role made famous on The Big Bang Theory by Jim Parsons, who will serve as an executive producer on the spinoff.

Zoe Perry is in talks to play Sheldon's mother, Mary Cooper. On The Big Bang Theory, the character was played by Perry's real-life mother, Laurie Metcalf, who appeared in 11 episodes and was nominated for an Emmy for her guest role.

Insiders tell Variety that the studio and network have a frontrunner to play Sheldon's father, but the deal is not done.

Both CBS and Warner Bros Television declined to comment on the casting or development of the project. However, sources tell Variety the project, which doesn't official have a formal pilot order yet, is looking toward a 13-episode order for its first season. 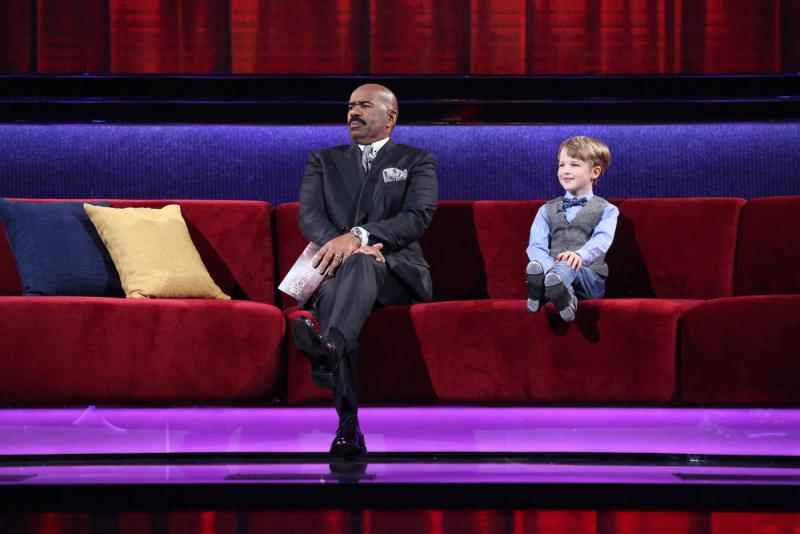 Aside from his on-screen credits, Armitage – who is an avid Broadway fan, thanks to his father Euan Morton, a Tony-nominated actor – has built a following as a theatre critic and has become a sort of Internet star with his short video reviews recently going viral.

Armitage will star in the potential series that will revolve around Sheldon, the idiosyncratic and neurotic genius, as a youth growing up in Texas. The character's family and Texan childhood have often been referenced on Big Bang Theory.

Big Bang showrunner Steve Molaro wrote the pilot script. He will exec produce, along with Big Bang creators Chuck Lorre and Bill Prady, plus Parsons. Warner Bros TV, which produces the original sitcom, is the studio.

The spinoff is not the only news to come from The Big Bang Theory world of late. As negotiations continue to for a two-year renewal for the original show, Variety exclusively reported that stars of the flagship sitcom are taking a paycut so that Mayim Bialik and Melissa Rauch, who are seeking parity, will secure raises. Though Big Bang Theory is a whopping success, ranking as primetime's top comedy for most of its run and raking in more than US$1bil (RM4.2bil) in syndication revenue, the sitcom is expensive: close to US$10mil per half-hour episode. So, expanding on the franchise with a spinoff makes sense, especially with young, fresh faces who don't cost much – yet.

While Big Bang Theory is looking at two more seasons, CBS is still looking to continue relationships with the flagship's stars – Parsons is an executive producer on this spinoff, and Johnny Galecki also had a comedy pilot greenlit at the network this season. – Reuters/Elizabeth Wagmeister