Local film Redha picked up two awards at the World Premieres Film Festival (WPFF) in Manila, the Philippines on July 3.

June Lojong won the Best Actress award for her portrayal as a mother struggling to raise an autistic child (played by Harith Haziq). The film was also presented with the Special Jury Prize for its achievements as a film that promotes universal social values.

In a phone interview from Manila, director Tunku Mona Riza said she was overwhelmed by Redha’s success at WPFF. She didn’t expect the film to win any awards, thus was not prepared with an acceptance speech.

“I didn’t want to end up disappointing myself if I lost so I just thought of going in to enjoy the experience. When June’s name was called I didn’t realise we have won until my husband (producer Haris Sulong) nudged me to get up on stage,” she shared.Mona added: “We were told by so many people that the film’s focus on autism may not be for everyone. So, to get a recognition here is definitely a pleasant surprise. It just proves that film can be universal, no matter what the topic is about.” 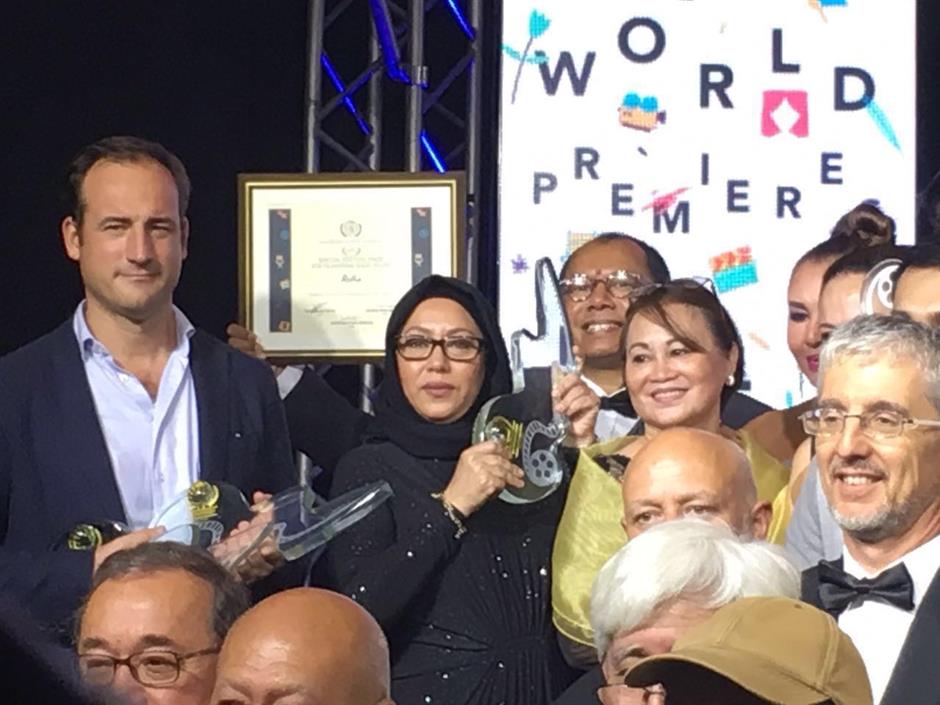 Redha, which stars Namron, Remy Ishak and Nadiya Nisaa, was released in Malaysia in April. The film is Mona’s debut as a feature film director. Namron play Razan, a father who refused to accept that his six-year-old son is autistic, leaving wife Alina (June) to raise the child on her own.

Mona was also informed by a festival spokesperson that the decisions to present the Best Actress award to June and Special Jury prize were unanimous. She shared that the film received a standing ovation at its screening in Manila.

Redha also received support from the Autism Society Philippines, ASEAN Autism Network and Best Buddies Philippines. The support meant there is a demand for the film to be released widely in the Philippines.

“The Autism Society Phillipines has set up a meeting for us with cinema distributors there. There are plans to dub Redha in Tagalog for the local audience here,” Haris explained.