Nick and Stella have been performing together since they were children. Photos: Hanz Photography

Chinese New Year would not be complete without the festive merriment of CNY songs booming everywhere from radio stations to shopping malls.

Local entertainers Nick and Stella Chung wholeheartedly agree, and that is why the Sarawakian siblings have been performing and making Chinese New Year music for almost two decades.

“Since we were kids, my mother would play Chinese New Year albums very loudly every day, even before festive season started. I feel that Chinese New Year songs are very uplifting and listening to them makes us all very happy,” said Nick, 35.

“The whole family can come together to enjoy these lively songs. It is wonderful that we have this beautiful culture. That’s why we should do our best to keep the tradition alive,” Stella, 34, enthused.

Born in Sibu and brought up in Sarikei, the two have been performing stageshows during CNY ever since Nick was nine and Stella was eight. 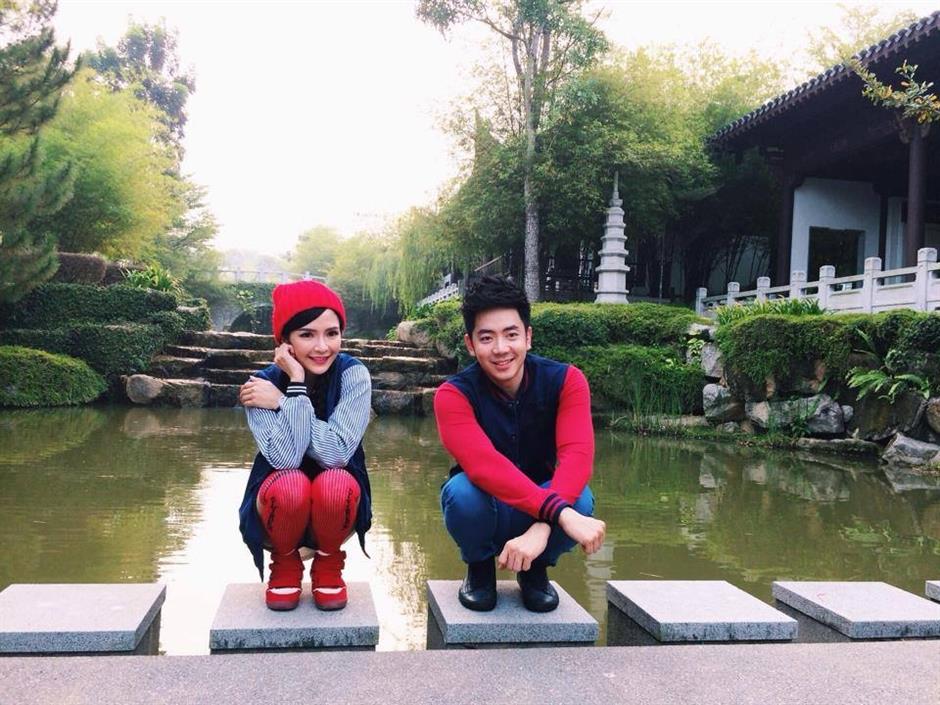 Nick and Stella on location while shooting their music video.

Attesting to his love for CNY music. Nick has released CNY albums as part of other groups. He joined 8 Superstar and released five CNY albums with the group from 2002 to 2006. He later formed Three Stars with Crystal Ong and Angeline Khoo (both members of M-Girls) to release two CNY albums in 2011 and 2012.

Stella, on the other hand, is better known as an actress. She began her acting career in a local TV drama, and then signed as a singer in 2006, and releasing her debut album Be Yourself in 2007. She currently has four solo albums under her belt. 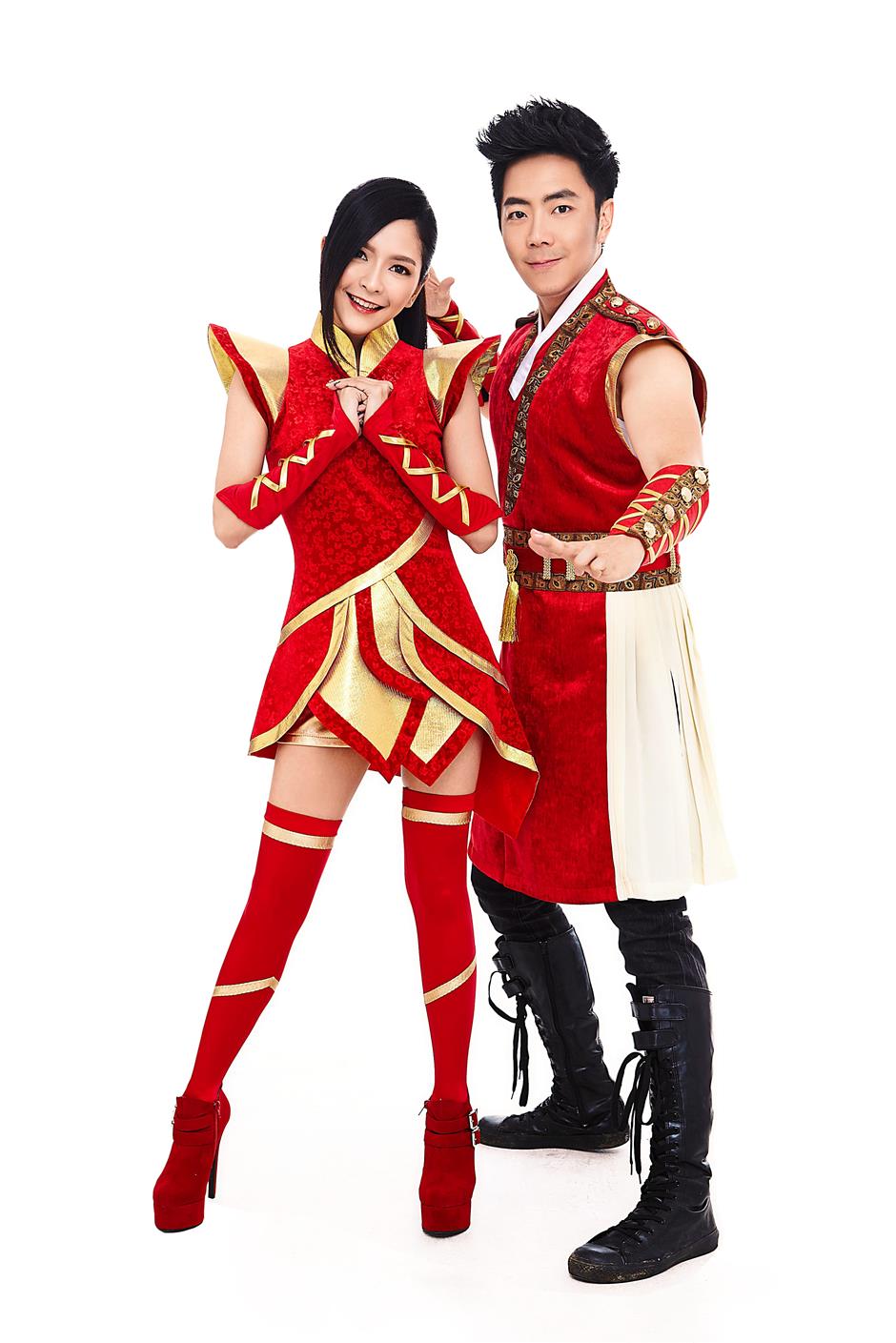 The sibling's latest CNY outfits look like they were inspired by video games characters.

They also took home both the Neway My Favourite Vocal Group Award and the Neway Choice Award.

Fans should be glad to know that the Chungs spare no expense to make every new CNY album better than the previous release. Their latest one is titled Xin Nian Tuan Yuan (New Year Reunion).

“This is actually the third special CNY album we’ve released together as siblings. Previously, I’ve collaborated with various other artistes, and also released solo albums. But for the past few CNY albums, I’ve been working solely with my younger sister,” said Nick.

“This year, we wanted to be more creative with our CNY album. I figured that our fans have probably missed our collaborations with other artistes, so this time around, we invited some of our friends from 8 Superstars and M-Girls and even the cast from Bad Students 3 to join us.”

Nodding in agreement, Stella continued: “For a festive celebration like CNY, the more the merrier!”

“Since we got so many people to sing with us, we decided to call our new album Xin Nian Tuan Yuan,” added Nick, who composed the title track and penned the lyrics himself. 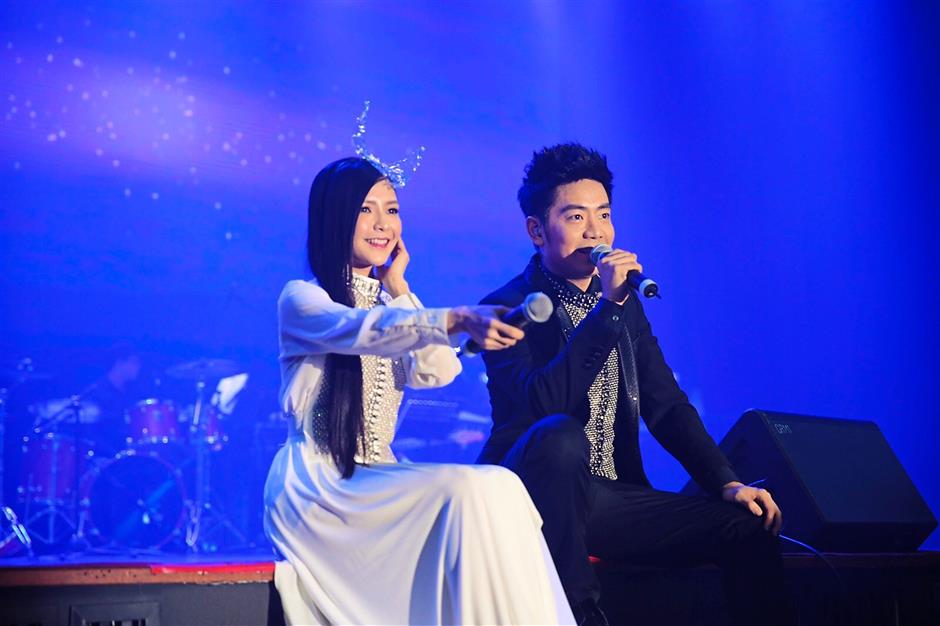 Other than the album itself, CNY music videos are also an essential part of the season. The chatty pair shared how, apart from new costumes and locations, their company spent a lot of money on other new things for their latest album.

“They hired a lion dance troupe and engaged dancers who wore beautiful costumes to accompany our performances. There were even drones for aerial shots, so we have lots of very majestic scenery in our music videos. It’s the first time we’ve had all these.

“We shot our music videos in Putrajaya and Sekinchan and other parts of Kuala Lumpur. But the scenery somehow reminds people of China, so some people actually thought that we did it there,” shared Nick.

This year, the siblings even donned outfits that look like they’ve been inspired by video games. Pointing to the vibrant red and gold costume on the back cover of their album, Stella said: “Many people tell us that it looks a lot like cosplay. We also have a blue version, which you can see in the music video for the first song. We’ve always made sure to have a traditional Chinese look. For Chinese New Year, that’s a must for us.”