Common will play a character in the upcoming John Wick 2 opposite Keanu Reeves.

Last year, Chicago hip-hop artiste Common received an Oscar for his contribution to the soundtrack of Selma. This year, he'll be adding to his acting resume in a John Wick sequel, as production gets underway.

Sharing the 2015 honours with John Legend, Lonnie Rashid Lynn Jr aka Common won both a Golden Globe Award and Academy Award for Glory, lifted from the soundtrack for US historical drama Selma.

Starting the week of Nov 2, Common will be on set opposite Keanu Reeves and Ian McShane as the second John Wick film gets going.

But the segue from musician to movie star isn't as sudden as it may seem.

Common's Oscar and Golden Globe awards came for a film in which he was also a co-star, appearing in front of camera as civil rights leader James Bevel, in a cast that featured David Oyelowo, Tom Wilkinson, Tim Roth and Carmen Ejogo.

And little more than a decade after 1992 debut album Can I Borrow A Dollar, he had started getting into the acting business.

Movies with a lighter touch were on the slate after a stint as Christian Bale's right-hand man in Terminator Salvation, with roles in Steve Carell and Tina Fey movie Date Night, animated penguin adventure Happy Feet 2, unusual family drama The Odd Life Of Timothy Green; more serious roles included Now You See Me and Every Single Thing.

For the John Wick sequel, it's understood that Common is to play the villain to Keanu Reeves’ anti-hero assassin.

Will there be another dog in John Wick 2?

Little is known about the role, apart from that he is in charge of security for a crime lord, and even less about his character's female boss, or the actress who will play her.

Meanwhile, McShane is back as the hotel owner who makes unique accommodation for hitmen and their professional requirements.

It won't be the first time that Common has appeared opposite Reeves, as diehard fans of the pair will know; 2008's James Ellroy-scripted Street Kings had Common as a bad guy to Reeves’ law enforcer. – AFP Relaxnews 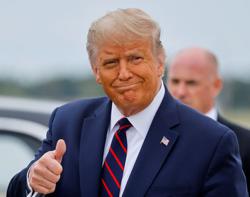