Donna Barba Higuera's The Last Cuentista, a post-apocalyptic tale of a young girl who must preserve the memory of Earth's history, has won the John Newbery Medal for the year's best children's book.

Another story of memory was awarded the Randolph Caldecott Medal for outstanding children's picture book. Watercress, in which a Chinese American girl learns about her heritage, was illustrated by Jason Chin and written by Andrea Wang.

The Newbery and Caldecott medals were part of the Youth Media Awards announced Monday by the American Library Association. 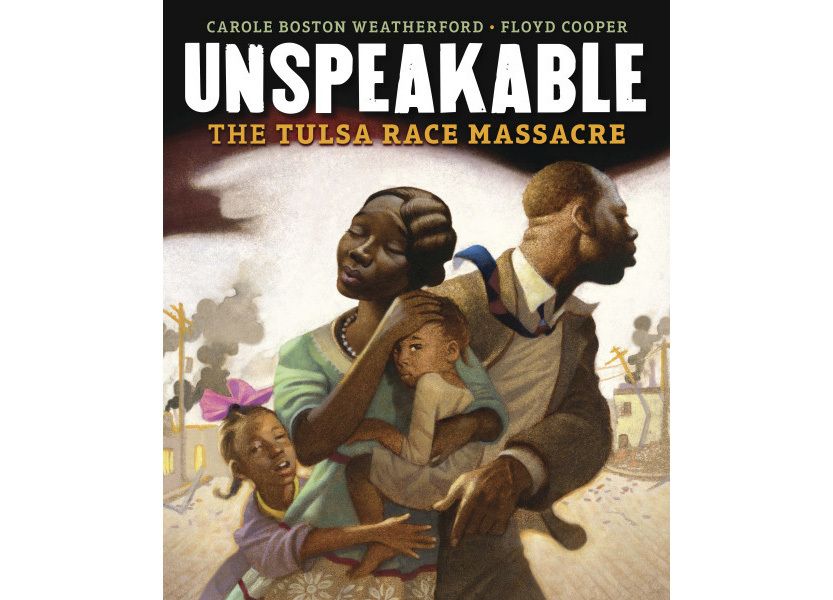 This cover image released by Carolrhoda Books shows 'Unspeakable: The Tulsa Race Massacre' by Carole Boston Weatherford with art by Floyd Cooper. The book received Coretta Scott King awards for the year's best book by a Black author and illustrator. Cooper collaborated with Weatherford on the historical work about the 1921 slaughter of a Black community in Oklahoma by a mob of white people. Photo: AP

A book illustrated by the beloved artist Floyd Cooper, who died last year, was a finalist for the Caldecott prize and received Coretta Scott King awards for the year's best book by a Black author and illustrator. Cooper collaborated with author Carole Boston Weatherford on the historical work Unspeakable: The Tulsa Race Massacre, about the 1921 slaughter of a Black community in Oklahoma by a mob of white people.

Nikki Grimes, whose dozens of works include the 2002 Coretta Scott King winner for best book "Bronx Masquerade,” received the Virginia Hamilton Award for Lifetime Achievement. Grace Lin, a Taiwanese American whose works include The Ugly Vegetables and The Red Thread, has won the Children’s Literature Legacy Award for "books that demonstrate integrity and respect for all children’s lives and experiences.”

The Margaret A. Edwards Award for lifetime achievement for a young adult writer went to A.S. King, author of Still Life With Tornado and Ask The Passengers among others.

A complete list of winners can be found here. - AP