Theatre: 'Alice In The Antipathies' interweaves issues of migration, discrimination and women's rights 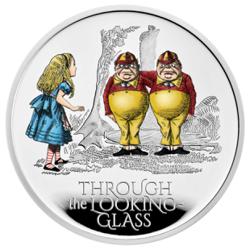 In 'Alice In The Antipathies', Asha, played by Sukania Venugopal, leaves Malaysia and her family to find freedom and herself in Australia. Photo: The Star/Sam Tham

Sasi Victoire recalls that she wasn’t what you would describe as a traditional Indian daughter. As a young Malayalee girl, the Port Dickson, Negri Sembilan-born artist viewed tradition and societal norms in the Indian community with much suspicion.

The very idea of being quiet and passive did not sit well with her.

In fact, the 67-year-old confesses to being that young woman who always had an opinion.

“Most of the time, I’m sitting there, itching to say something about what’s being talked about but I wasn’t allowed to. When the elders were around, you had to shut up,” says Sasi, who currently lives in Cairns, Queensland, Australia.

In 1970, she left for Australia to further her studies. She settled down in Cairns, building a career as an artist, writer, educator and advocate of empowerment through the arts.

Apart from her gallery exhibitions and arts projects, she also authored and drew two children’s books called Moving House and Crockee’s Country in 2009, which focused on the intangible heritage of tropical Cairns.

Her current project Alice In The Antipathies is a performance script developed through Cairns-based Jute Theatre Company’s script development programme.

In this theatre play, which Sasi spent three years writing, she also uses visual imagery and the printmaking medium as an inter-medial, cross-cultural storytelling device.

In this new work, inspired by Lewis Carroll’s Alice’s Adventures In Wonderland, Sasi discusses and raises human rights issues like migration, settlement, difference, discrimination and women's rights in the context of today's society.

Alice In The Antipathies (Antipathies) will make its theatre debut at the Blackbox, DPAC in Petaling Jaya on Sept 26. It is a collaboration between KL’s Masakini Theatre Company and Jute Theatre Company.

Antipathies will also be staged at the Cairns Performing Arts Centre in Queensland next month after its Malaysian run.

While the play is not directly connected to Alice’s Adventures In Wonderland, some beloved characters inspired by Caroll’s classic tale do make metaphorical appearances.

Antipathies follows Asha (Sukania) as she struggles to please her traditional-minded-parents. After the 1969 race riots in Malaysia, Asha realises her “inequality” as a citizen and persuades her parents to let her study in Australia.

Once there, she finds herself reconciling her cultural values with her new found freedom, falls in love and makes the uncomfortable choice to settle in Australia. Encountering life’s challenges as wife and mother, she eventually chooses art to discover herself.

Unfortunately, she falls very ill with chemical poisoning through printmaking and she uses the text of Alice’s Adventures In Wonderland to help her find a voice.

“Antipathies is about anyone who moves from one space to another. Just like Alice in Wonderland, you go through an adventure, but you’re also fearful because you don’t know where you’re going. So while there is excitement, there is trepidation as well,” says Sasi in an interview in KL.

Sasi, who completed her artist residency at Rimbun Dahan in Selangor last year, says that when many Asian students migrated to Australia after studying there in the 1970s, they didn’t contemplate losing so much of themselves later on in life.

“We were all keen to go and have our own adventure. And it was termed as progressive. But none of us realised how much we would lose as well. So my intention is to show both sides of it (the migrant experience), the good things and the bad,” says Sasi.

Chandrabhanu, 69, who shares a similar experience with Sasi, having moved to Australia in his early 20s, says the story is as personal to him as it is to the playwright.

In fact, Chandrabhanu, who founded the Chandrabhanu Bharatalaya Academy in Melbourne in 1973, and Sasi ended up studying at the same university and became close friends. This marks their first time working on a project together.

As a choreographer and director, Chandrabhanu identifies with the issues tackled in Antipathies.

“The play is partly personal history as far as Sasi’s experiences are concerned and partly our common history. We both have fallen through the rabbit hole as it were and have been living in Australia.

“We have our cultural moorings in Malaysia, but our lives are based in Australia. It’s that feeling of being neither here nor there. We are not fully Malaysian or fully Australian,” says the Melbourne-based Chandrabhanu, who was born in Perlis.

For Sasi, the character of Alice serves as a suitable “conduit” to talk about issues such as personal identity and loss of culture, especially to a predominantly white audience. In fact, Alice is a recurring character in Sasi’s artworks for similar reasons.

Interestingly, there are two Alices in the play, Asha played by Sukania and Alice played by Pappalardo.

“One (the ‘Asian’ Alice) is the cultural, homegrown variety, while the other (the ‘Western’ Alice) is the enticement of new adventures ... that challenges one to make decisions of what to retain and what to ditch for your personal growth,” tells Sasi.

“They are two aspects of the same. The mother (Sabera) is trying to get the child to keep all the values she taught her child. But Asha has to pick and choose what is right for her. They both banter with the mother to explain that things cannot stay the same,” she adds.

The projections will be projected on a three-panel screen built after the kavad, which originates from Rajasthan in India. The kavad is a 3D storytelling device that uses an unfolding box that reveals pictures episodically to tell a particular tale.

Antipathies runs for 75 minutes with an intermission. It will be presented in English with a smattering of Malayalam and Bahasa Malaysia.

Theatre: 'Alice In The Antipathies' interweaves issues of migration , discrimination and women's rights 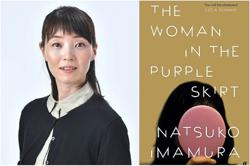