Fragments of love, hope sewn up in multilingual play set in 'maybe' Malaysia

In 'Matahari Jangan Tidure, Nanti Hilang Belang', Visshnu Varman and Sandee Chew play an old couple at the end of their lives, waiting for the approaching end of the world. Photo: Theatresauce

The search for why we exist and what happens after we die and finding the solution in love are themes delicately contained and dissected in young theatre director Arief Hamizan’s original theatre play Matahari Jangan Tidure, Nanti Hilang Belang (Matahari).

Arguably, it’s a daunting challenge to set up this deeply personal storyline in a performance space. This 80-minute block of intensity (with no intermission), which opens at the Damansara Performing Arts Centre on Aug 29, deals with themes such as the afterlife and existentialism.

Evidently, in the hands of Arief, 26, these kinds of shows, packed with extreme emotional jumps, are the ones he relishes to tell.

Api asked the question: what if humanity is messed up and God decides to restart the universe?

“When I first started, I was worried that I would remake Api. But the way I look at it, it’s as if I’m painting something I like in a different way,” says Arief, who is considered as one of the brightest new talents in contemporary Malaysian theatre. 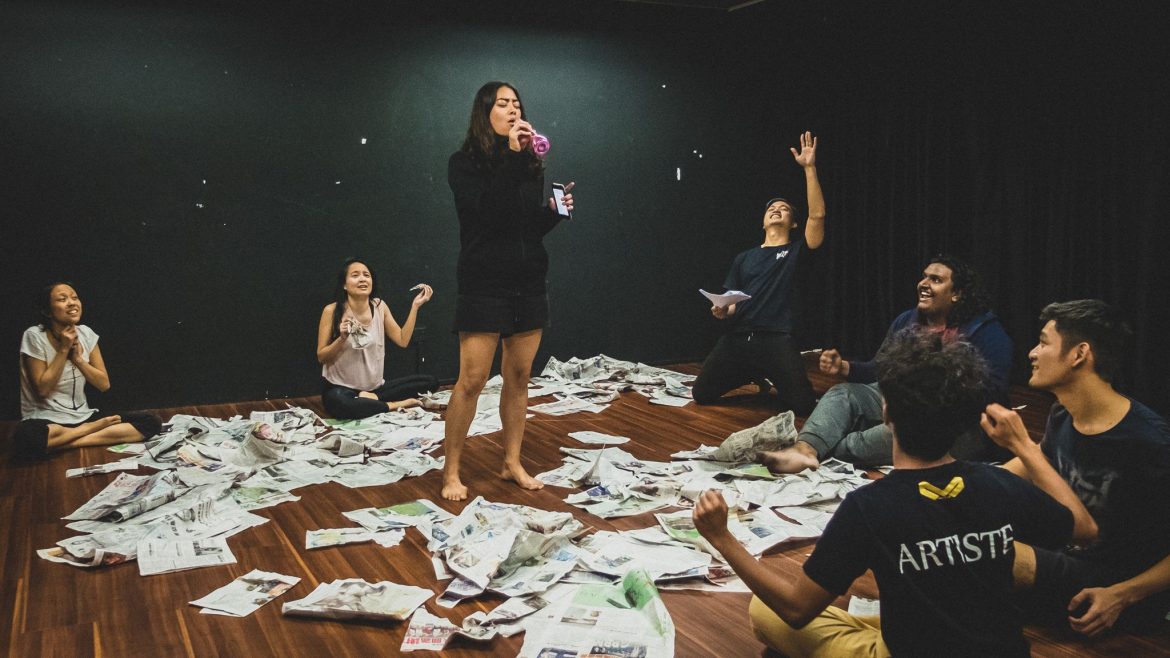 Confidently, he mentions how he wants to focus and expand his works. “I feel like my plays will always be about existentialism, thematically. For me, that is the core question. Why bother existing? Why do we continue existing?” he asks.

Despite the tough questions, Arief has a knack for pouring humanity into the roles he directs. “Somehow, the answer always finds its way back to love, some form of attachment,” he shares.

Arief, who graduated with a law degree from the International Islamic University Malaysia in 2017, has put off a legal career. Instead, he has immersed himself in the world of arts and theatre, taking on acting and directing roles.

Besides directing, Arief is also a stage actor, having appeared in The Pillowman (2017), Tragedi Hamlet (2016) and Shakespeare’s R+J (2016). Tellingly, Arief has a way of recognising a good cast. Matahari features a strong list of performers, with experience and new energy blending well. 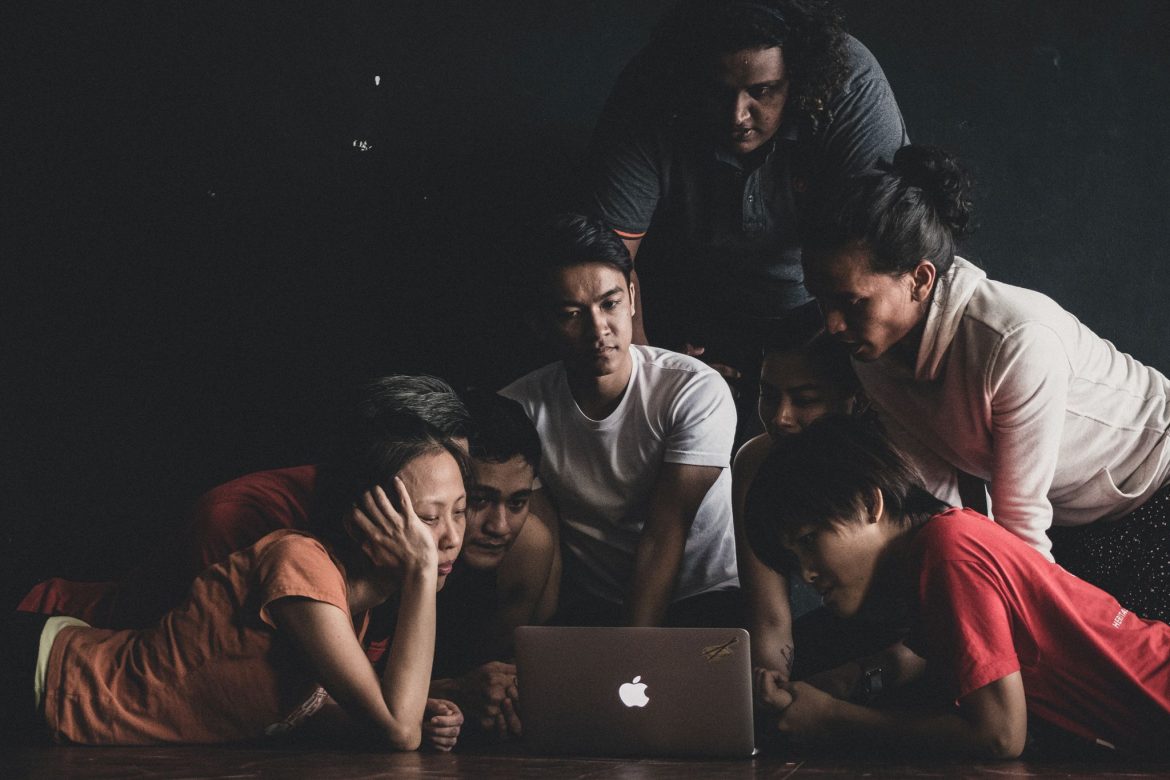 Ian Francis Khoo, who is part of indie band The Filters, is the sound designer for Matahari, while Bryan Chang, a visual designer by trade, is the scenographer. Lim Sheng Hui, one of Theatresauce’s 2019 EDL participants, fills in as the assistant director.

As it stands, Matahari is not a very easy stage play to explain. To Arief, it’s a chance for him to experiment with “things falling from the sky”. With its non-linear storytelling, live video projections, atmospheric soundscapes and fragmented language, the audience is definitely due a mind-bending trip.

Arief casually points to the Hollywood movie Eternal Sunshine Of The Spotless Mind, regarded as a love story, as a point of reference. Elements such as emotions and imagination play a huge part in Arief’s writing process.

Matahari is the story of two pairs of individuals, each at a critical and pivotal stage of their existence. The first pair – Safia (Chew) and Borhan (Visshnu) – are a very old couple who are at the end of their lives, sitting and watching the television just as the end of the world approaches.

The second pair – Persephone (Hana) and K (Nabil) – are two people who are in a dream world, a purgatory of sorts, looking for each other. Arief mentions that these two separate stories might meet at one point, but he stops short of revealing too much.

With inspiration drawn from absurdist short stories by Franz Kafka and Paul Thomas Anderson’s fascinating film Magnolia, exploring sadness and loss, you can understand why Matahari is not your regular theatre play. 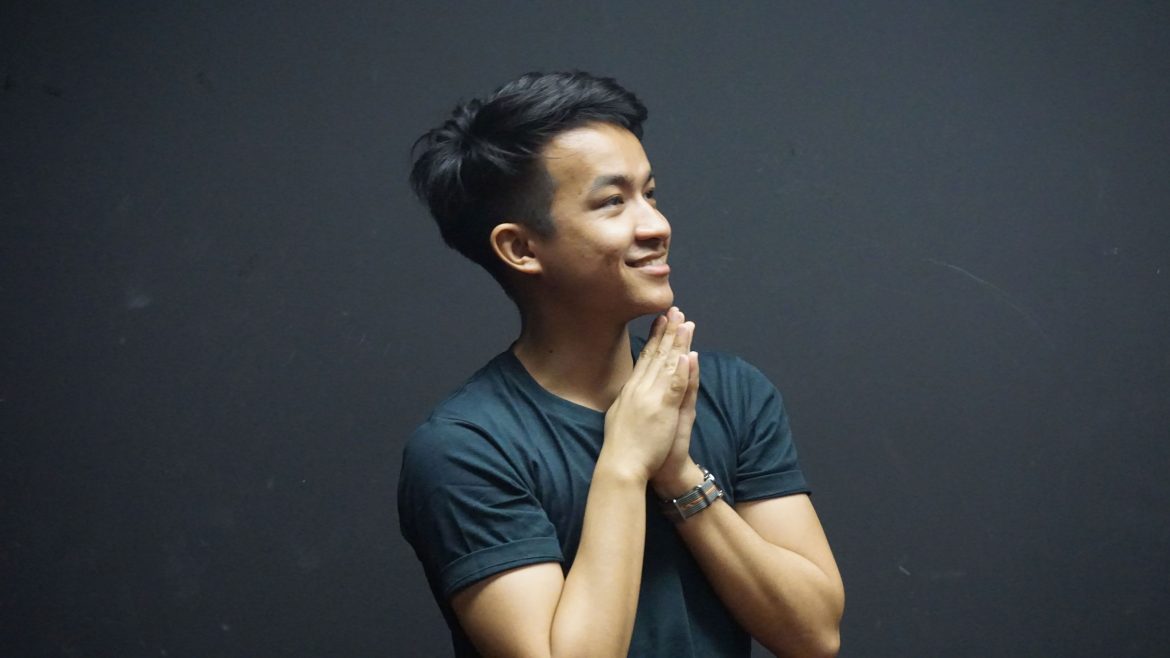 'Somehow, the answer always finds its way back to love, some form of attachment,' says Arief. Photo: Suhail Samsudin

Arief mentions that the first half of the play would be almost devoid of text. Yes, non-verbal acting. He will attempt to use the theatre space as a creative tool, a chance to see the actors responding to the soundscapes and other external elements.

The other half of the play incorporates distorted, fragmented language, largely in Bahasa Malaysia with a smattering of English and Mandarin.

In the end, beyond the complex storyline and avant theatrical aspirations, Matahari is undoubtedly an intimate story for Arief.

“The journey of the rehearsal process has been about gathering up the courage to allow it to be personal for me.

“And recognising who these people are in my life, these characters which we have made it’s terrifying to share it with the audience because of how personal it is,” reveals Arief, referring to the old couple who are based on his grandparents and K and Persephone, a reflection of himself and his girlfriend.

“Like I said, the core question is why do we exist and the answer is because we love something or someone. This is the reason why the play is very personal because I’m showing you who I love,” concludes Arief.

Fragments of love , hope sewn up in multilingual play set in 'maybe' Malaysia