Pornsak Sakdaenprai specialised in images of Thai monks who wanted to have their photos taken with them looking like regular people. Pornsak had to pencil in 'hair' and 'eyebrows' in these 1960s portraits. Photo: The Star/Izzrafiq Alias

The Rediscovering Forgotten Thai Masters Of Photography exhibition at Ilham Gallery in Kuala Lumpur wraps up this weekend with a series of public programmes.

Rediscovering Forgotten Thai Masters Of Photography, as Manit reveals, is a unique project that attempts to fill the holes in academic research on Thai photography as well as to examine how photography has been used in modern Thailand as a way of expressing individual identity.

Buddhadasa Bhiku, a monk who founded a Buddhist centre in the Surat Thani forest, is an unlikely name on this master photographer list. But make no mistake, he was a cutting edge visual artist and avant photographer with his highly conceptual self-portraits.

Liang Ewe, who was of Penang Hokkien descent, adds a wistful nostalgic tint with his images of pre-tourism boom Phuket, while Lim's swinging 1960s celebrity magazine snapshots and sexy cover girls provide the glitz and glam.

From this golden age list, only Pornsak and Lim are the remaining photographers who are still living.

Previously, Manit has shown the works of these photographers individually at his Kathmandu Gallery in Bangkok, giving them a new audience and reviving interest in this rarely documented era of Thai photography. 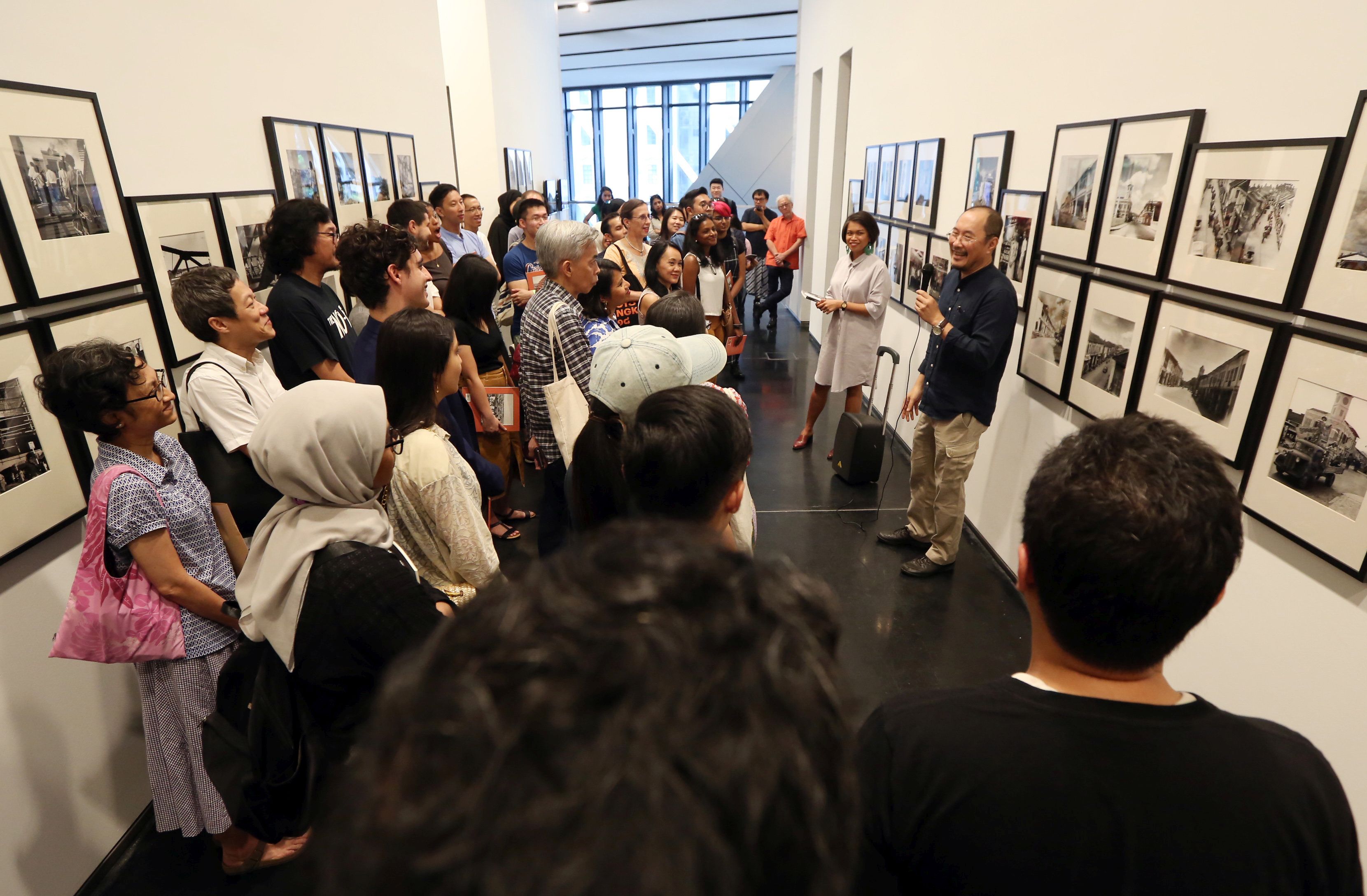 Manit (in dark blue, right) addressing the crowd at the Rediscovering Forgotten Thai Masters exhibition in May. He will be back this weekend for a series of public programmes. Photo: The Star/Izzrafiq Alias

The Rediscovering Forgotten Thai Masters Of Photography project, which began at the Bangkok University Gallery in 2015 and showed at the National University of Singapore Museum in 2017, offers a spread of over 200 remastered prints in this Ilham Gallery exhibition.

"People have often asked me how I approached this project and how I came up with this list of Thai 'masters'? What was my criteria? Who are these photographers? Their merits? Through the works in the exhibition, a lot of these questions can be answered. Each photographer's works speak for themselves. I only discovered them. They did all the great work, which deserve a wider audience," says Manit, 57.

"I considered many factors when I started researching in 2010. I looked into outstanding content, camera angles, photographic technique, quantity of work and the courageousness of their creativity in the social context of their lifetime.

"I also studied each individual's understanding and use of the medium of photography in their self-expression. To me, the anthropological and sociological relevance and value of each work were important elements in the selection process," he adds. 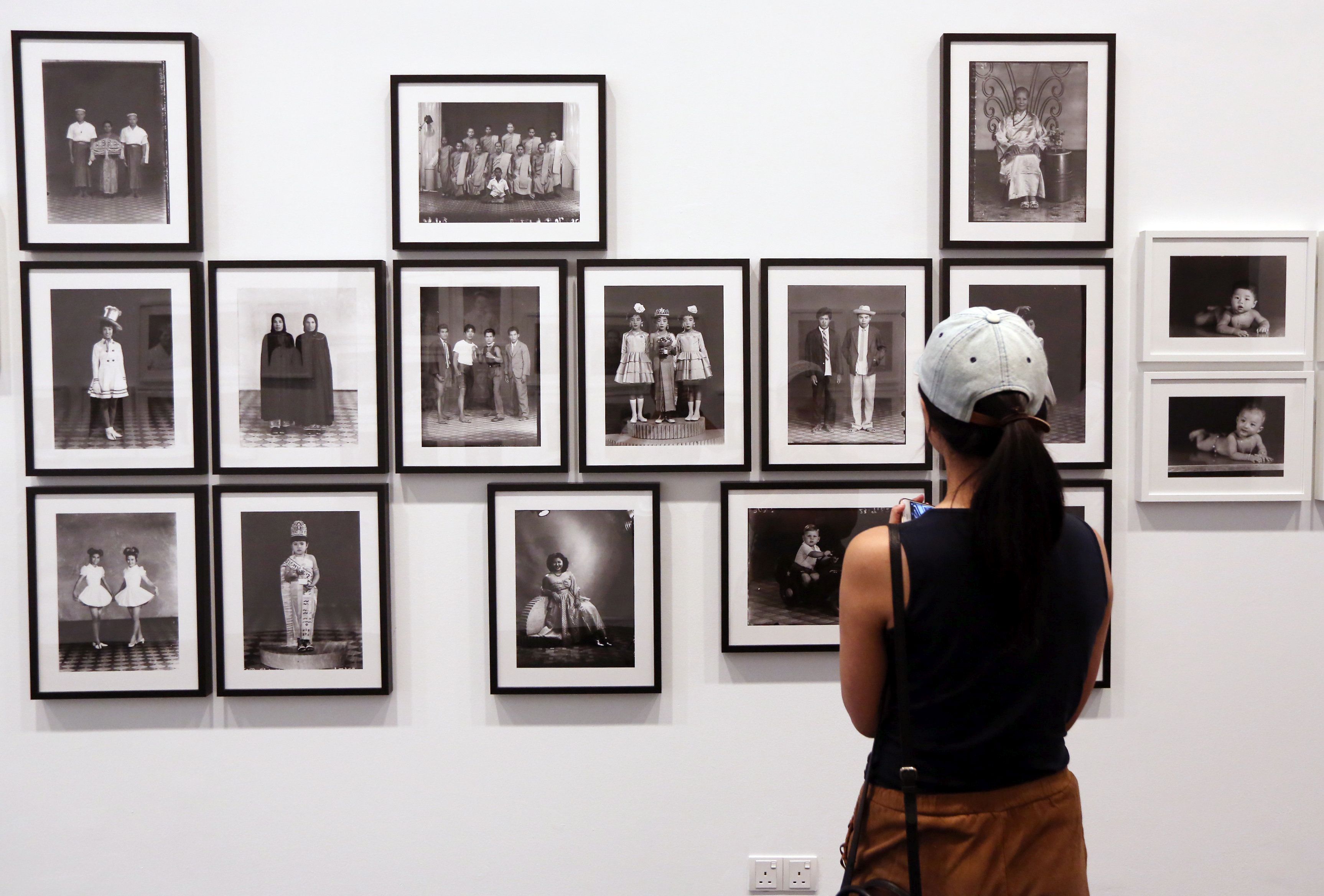 A visitor taking a closer look at Liang Ewe's studio section of the exhibition. Photo: The Star/Izzrafiq Alias

On Aug 24, Manit returns to KL with a special guest - self-taught veteran Pornsak, 81, whose black and white photographic prints of rural - and groovy - northern Thailand are included in the Rediscovering Forgotten Thai Masters Of Photography exhibition.

The KL visit is part of the Ilham Conversation series, with Manit discussing Pornsak's career, which started in his photo studio in Phimai, a town in Nakhon Ratchasima in the 1960s.

Pornsak's 24 images of ordinary, nameless subjects were taken between 1965 and 1967. His Pornsilp Photo Studio was famous for transforming sun-burned young farmers of a small Isan town into glamorous Luk Thong (Thai country music) gods and goddesses as they appeared on record covers. 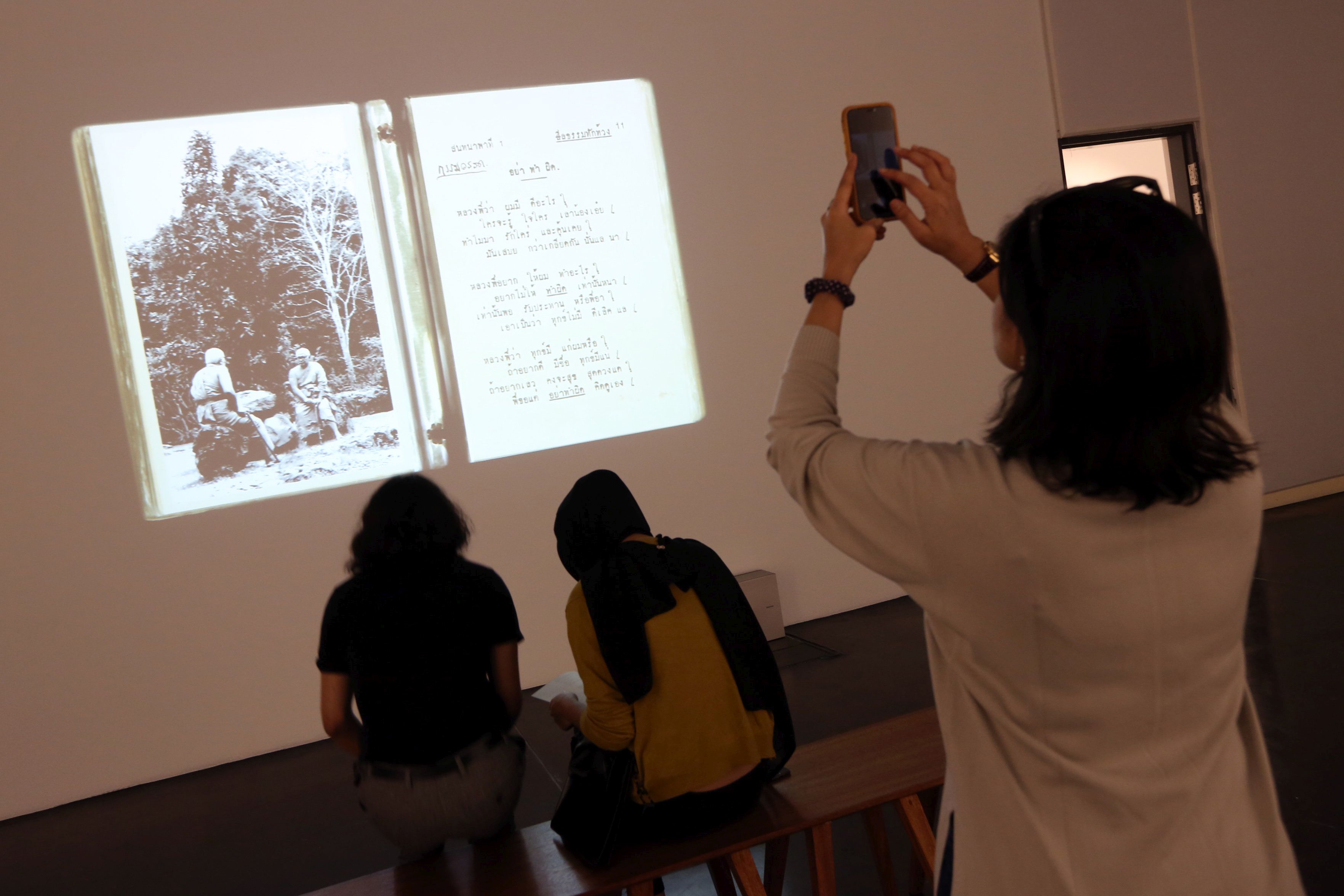 A video projection of Buddhadasa Bhiku's works. This revered Thai monk is regarded as a cutting edge visual artist and avant photographer with his highly conceptual self-portraits. Photo: The Star/Izzrafiq Alias

He also specialised in curious images of Thai monks who wanted to have their photos taken with them looking like regular people. In the photographs, Pornsak had to be creative and carefully pencil in each monk's 'hair' and 'eyebrows'. In the studio, the monks were also modelled in everyday clothes.

"It is hard to imagine that Pornsak managed to run a studio in such a rural setting. The list of challenges was a long way, and the lack of electricity supply was right up there. But he found a way, you can see the portraits, but if you listen to his stories, you'll appreciate them more," says Manit.

The conversation between Manit and Pornsak will zoom in on the challenges and imagination that was required in practising photography and operating a countryside studio ... from the equipment used to the ingenious methods applied.

This Ilham Conversation series starts at 3pm on Aug 24.

On Aug 25, Al Jazeera's 101 East series will be presenting the short film Thailand's Rebel Artists at Ilham Gallery at 3pm, followed by a Q&A with journalist/director Drew Ambrose and Manit Sriwanichpoom. Limited seats are still available.