'My Mother Pattu', written by Saras, was the Asian pick in the 2019 Commonwealth Short Story Prize. Photo: Navin Kumar Gunasegaran

Malaysian writer Saras Manickam has been announced as the regional winner for the Asia category of the 2019 Commonwealth Short Story Prize competition.

“I feel greatly honoured and humbled. I know that Lokman’s story was terrific and the other contender from India had rave reviews for his book. I'm in such good, talented company! I’ve been lucky and I’m grateful,” says Saras in a recent interview.

My Mother Pattu tells the tale of a mother’s violent jealousy and envy towards her daughter, who finds that no one can protect her from the abuse except herself.

“It is also very humbling that this story, with its different voices, set in a time long ago in Malaysia has found relevance and connectivity,” she adds.

"I can't remember exactly when I started on My Mother Pattu. The first versions were overlooked. I worked away on this (short story) over the years. The story's backdrop is set in 1965 or so, when The Sound Of Music (movie) was first shown in Malaysia," she reveals.

The Commonwealth Short Story Prize, now in its eighth year, is awarded annually for the best piece of unpublished short fiction from the Commonwealth. It is the only prize in the world where entries can be submitted in Bengali, Chinese, English, Greek, Malay, Portuguese, Samoan, Swahili, Tamil, and Turkish.

Over 5,000 entries from over 50 Commonwealth countries were chosen this year, with 21 stories from five Commonwealth regions (Africa, Canada and Europe, Africa, Asia and the Pacific) shortlisted.

This was the first time Malaysian stories have made it to the Commonwealth Short Story Prize shortlist.

The five winning stories, all by women, were chosen by an international judging panel chaired by British novelist, playwright and essayist Caryl Phillips. The other regional winners are Madam’s Sister by Mbozi Haimbe (Zambia, Africa), Death Customs by Constantia Soteriou (Cyprus/Canada and Europe), Grandma’s Porch by Alexia Tolas (The Bahamas, the Caribbean) and Screaming by Harley Hearn (New Zealand, the Pacific).

“The regional winners of the Commonwealth Short Story Prize explore a remarkably diverse range of subject-matter, including stories about war, love, abuse and neglect. What unites the stories is a common thread of narrative excellence and dramatic intensity. The voices of a truly global cast of characters enable us to engage with, and recognise, universal emotions of pain and loss," says Phillips.

Each regional winner receives £2,500 (RM13,385), with their stories printed in literary magazine Granta and featured in Adda (www.addastories.org), the online magazine for Commonwealth writers.

One overall winner will be chosen from the five regional winners at an award ceremony in Quebec, Canada on July 9. The winner will take home a prize of £5,000 (RM26,770). 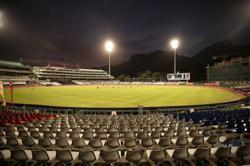