'The idea was to draw 100,000 circles on a canvas and see how far I could go. And I came up with a system to calculate and number the circles,' says Lau about her first solo show 'Dot, Dot, Dot, Line, Line, Line'. Photo: The Star/Sam Tham

Blind routines. Day in and day out, we are caught in an endless cycle of repetition. Most of us have a predictable pattern in life - whether we realise it or not.

“As we repeat these routines blindly every day, it becomes a subconscious act. Without an active and conscious participation, our brain continues working as we do these blind routines,” says Lau, 29, in a recent interview at Taksu Gallery in Kuala Lumpur.

Lau, a Dasein Academy of Art (Dasein) diploma graduate in fine art and graphic design, wants to tackle this reality with an artistic approach. In a sense, she says, it’s her way of experimenting with the mind and its conscious/subconscious state.

“The idea was to draw 100,000 circles on a canvas and see how far I could go. And I came up with a system to calculate and number the circles," she explains.

“So there’s the subconscious part of the mind that goes on autopilot as your hand draws the circles repetitively. But at the same time, I was calculating the circles, so there’s a conscious element that ran across.”

This gave the Dasein lecturer the impetus to start on a series of lines and dots, harnessing the power of repetition or blind routine as she calls it.

Her first solo exhibit cheekily named Dot Dot Dot, Line Line Line at Taksu Gallery features 11 artworks which are not only an exercise in minimalism (after all, Lau only used dots or lines) but also a testament to the painstaking process of creating them. Lau took nearly a year to finish these works. 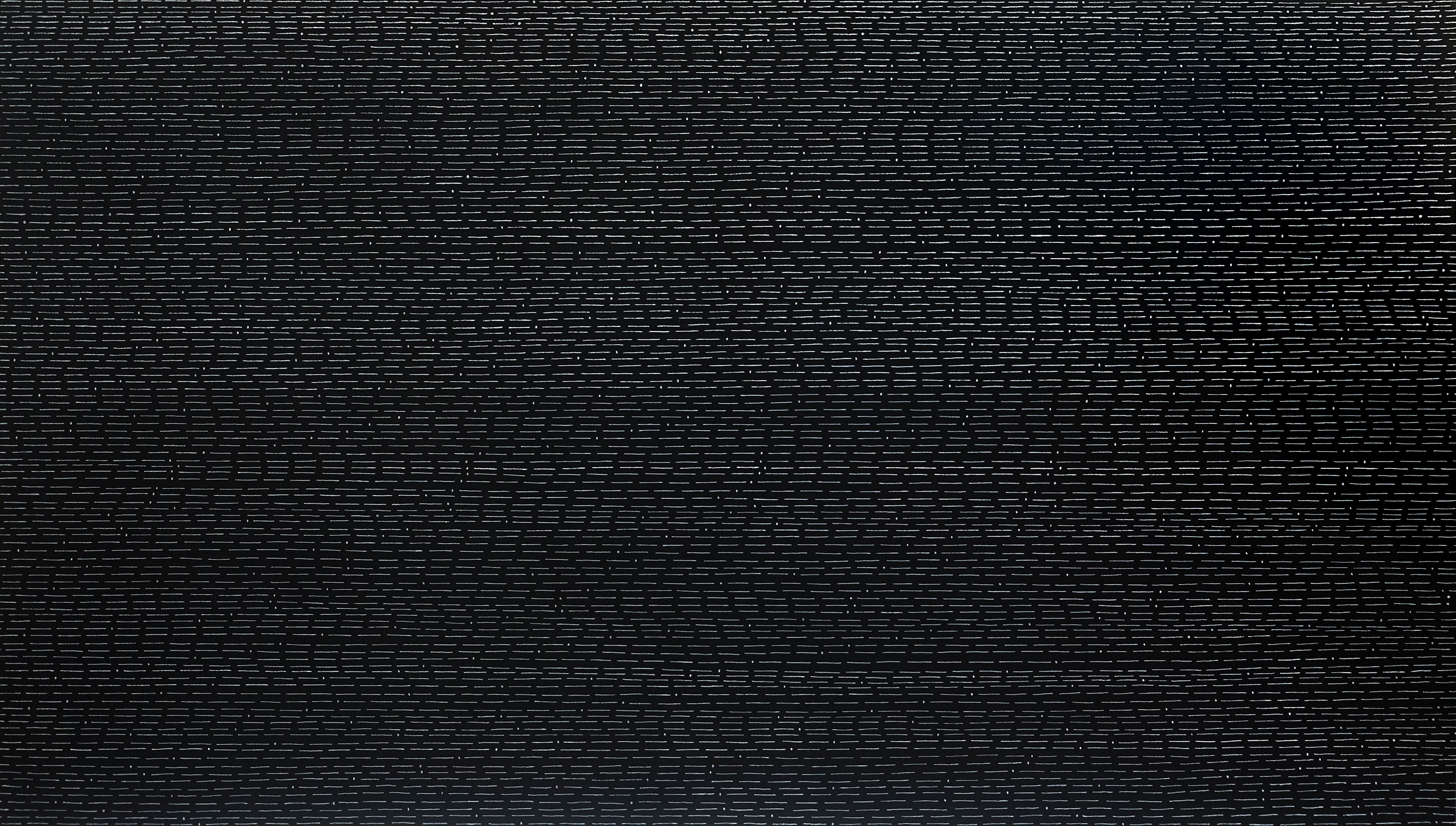 It is very much a ritual of sorts, a meditation of finding calm in the midst of chaos.

As an exhibit, Dot Dot Dot, Line Line Line is as monochromatic as it gets. In this Taksu gallery space, Lau's works - with endless repetition - forces the audience to an experience of their own creation of time and space.

“In the city, the lifestyle is very busy but back at my house in Bukit Tabur (a hillside area located in Selangor), I’m surrounded by nature and serenity. So doing these dots and lines repetitively was a very therapeutic process,” reveals Lau.

She says, when she began, she didn’t have the end in mind. All she knew was that she had a specific number of lines or dots to achieve for a single piece and didn’t stop until it was completed, even if it meant having several layers on the same canvas.

“Whatever happens, happens,” says Lau, who used close to 60 8B grade pencils and white colour pencils to complete her 11 pieces.

For Lau, her focus is more on the process of art making than the artworks themselves, deeming it as a means of self discovery.

“I discovered myself through this and have figured why I like doing repetitive art. I was brought up in a very well-planned and organised home. From school to tuition and extra curricular classes. Even when I was in Sarawak for my National Service, everything was well-planned. 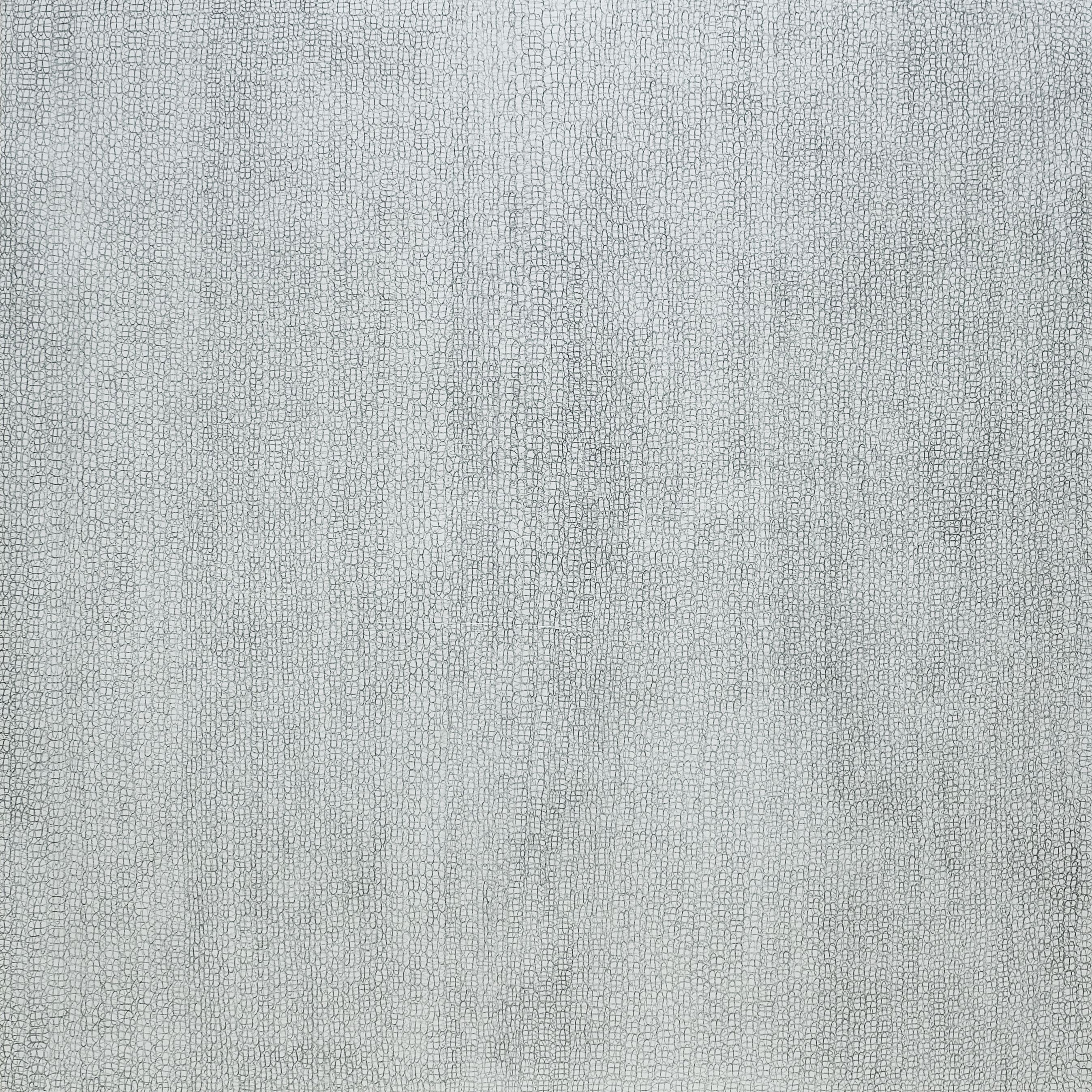 “But one day, we were given free time and I didn’t know what to do at all. It was tough and challenging. I guess when I’m removed from that well-planned system, I’m lost,” shares Lau.

In Dot Dot Dot, Line Line Line, Lau created the "recording system" as a way for her to function in an organised environment.

Interestingly, Lau did not grow up with much art during her childhood. Like any other student, she had to study art in her primary school but took music class instead during her secondary years. Surprisingly, despite being a science stream student, Lau’s father encouraged her to take up art for her tertiary education.

“Initially, I wasn’t too keen on the idea. I wanted to follow my seniors’ footsteps and do actuarial science instead. But there were a lot of family discussions, which was a family custom, about my future and my dad managed to successfully influence me,” says Lau. 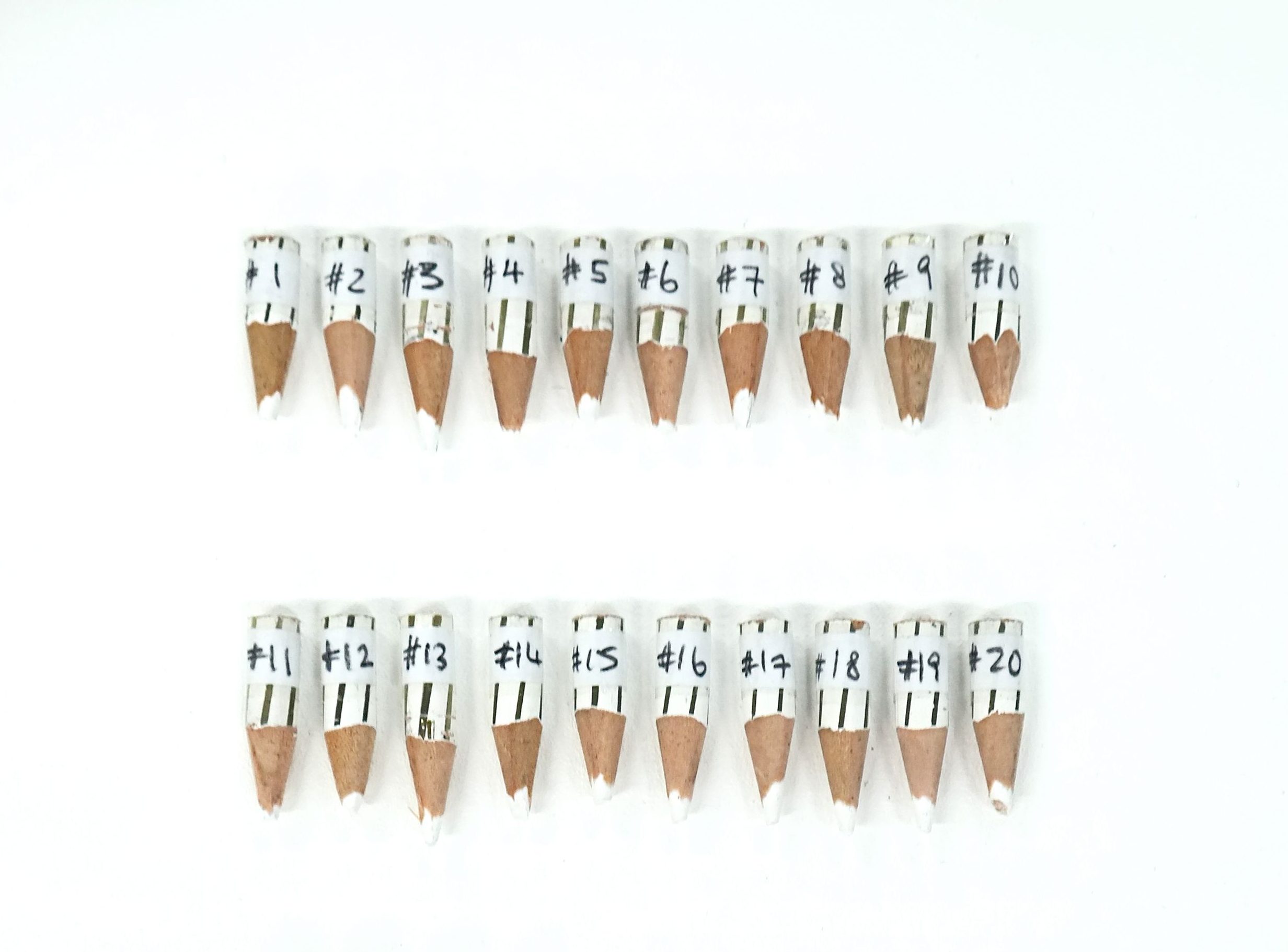 Some of the pencils Lau used in the Dot Dot Dot, Line Line Line exhibit are on display at the gallery. Photo Taksu Gallery

“Time is frozen in the painting. The artist actually has her or his own time running but time eventually freezes in the piece itself and it continues to run when the audience is looking at the work,” she says about how art works and connects with most people.

In truth, she rather keep the explaining (about art) brief when it comes to her works.

“Dots and lines are in everything. They are the simplest forms. If I chose geometric or organic shapes, there has got to be a meaning behind my choice. I didn’t want that. It’s always interesting to hear what people have to say about my works.