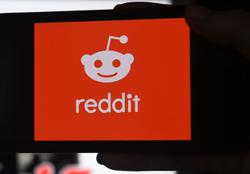 The wily Sang Kancil. The hilariously idiotic Pak Pandir. The tragedy of the falsely accused Mahsuri, the strength and heroism of the hero Badang, and the mystery of the beautiful Princess of Ledang Mountain....

A generation or two ago, most Malaysians would have grown up with these folktales. These classic stories used to be passed down through the decades, popular because of their colourful stories and plots, useful because of the lessons contained within.

These traditional tales, however, face a lot of competition nowadays. When it comes to entertainment, modern audiences are spoilt for choice, with iflix, Netflix and Amazon, among others, offering a variety of stories, in all shapes and forms. Who has time to sit down and read a traditional folktale, when they could be binge watching the next season of Stranger Things on Netflix?

“Almost every Malaysian child today knows the story of Snow White, Cinderella, Sleeping Beauty and now even the Snow Queen (thanks to Frozen) but how many know about Bawang Putih, Bawang Merah; the Princess of Mount Ledang; Princess Santubong and Princess Sejinjang; and the more obscure ones such as Princess Tupai?” wonders Tutu Dutta, author of local folktale-based books such as Phoenix Song (2015), The Magic Urn And Other Malaysian Stories (2016), and Nights Of The Dark Moon (2017).

“The whole point of writing these books is to interest Malaysians today in their own folklore. Perhaps they will realise that their own stories are as interesting as those from the West,” she says.

“Not many seem to realise that the first folktale of a vampire actually came from Kedah – the story of Raja Bersiong. And it is possible that the first zombie story also originated from here, with the strange tale of Chief Naam from Negri Sembilan!”

Most of the authors we speak to feel that the rich treasure trove of Malaysian folktales, with their magical, mystical aspects, would probably succeed at an international level.

“I would love to see a great miniseries production, Game Of Thrones style but with Asian actors, of Sejarah Melayu (Malay Annals). I think that would be so awesome!” says author and academic Nin Harris.

Author and publisher Raman Krishnan, however, feels that in order to succeed at this, the quality of local works has to reach international standards. Much, he says, can still be done to improve how local folklore is absorbed by local readers. An arts council, he suggests, could help in bringing people together to ensure quality creations are made.

“Many people have printed books on local folktales. But it’s all done in bits and pieces. Once their print run is done, their book is finished. There needs to be a sustained effort to collect and contain these stories,” says Raman.

Humans are storytelling animals, says Raman, which is why we need stories. Photo: Filepic

“These are our stories, they are us. We cannot let them be forgotten. We don’t do enough and children these days have no idea about them. They only know about singing teapots.”

Raman is the founder of independent bookstore Silverfish Books, and the author of Legendary Princesses Of Malaysia (2013) among other books. One of his upcoming publishing projects is author Ninot Aziz’s illustrated version of the legend of Bida Sari.

For author and editor Daphne Lee, it is the universal aspect of folktales that appeals.

“Like folklore from any part of the world, the attraction is how these stories deal with the very basic aspects of life – birth, death; love and desire; good and evil. These are questions that pop up again and again, not just in folktales, but also in real life.”

Lee is the editor of Malaysian Folktales: Retold And Remixed (2012), an anthology of modern adaptations of classic local folktales. She is currently working on a book on local supernatural mythology.

“Modern retellings are often just a way of updating these stories. Personally, I do it so I can offer my take on an old tale,” Lee says.

How Much To Re-tell?

Apart from preserving folktales for a new audience, modern retellings, as Lee puts it, of the old stories are adapting them, repackaging their forms and narratives for a new age as a means of retaining their essence.

Writer/artist Adifitri Ahmad does this by creating comic books based on the old stories.

“The bit I find most interesting is trying to discover new angles to the original folktales, to possibly derive superpowers for the characters, and find ways to fit their individual stories into a cohesive narrative,” he says.

But he too comes up against the fact that not many know who these original characters are nowadays.

“Not many people know of these characters! I have to find ways to briefly introduce their origins while weaving them into the arc of the main story,” says Adifitri.

Adifitri is the artist and writer of Taubat Si Tanggang, a Malay-language graphic novel published by Maple Comics in 2015. The story is about Si Tanggang, his friends Si Lunchai and Sang Kancil, and their encounters with other traditional folktale characters.

As expected with retellings, of course, the question of authenticity arises: Is a degree of poetic licence allowed in your new version of the story, or should today’s writers stick firmly to the original story and theme?

“There’s no such thing as an original story and theme, I feel,” says Harris.

'If a story is good and resonates, it will endure,' says Harris. Photo: Handout

“There may have been a story that was the great-grand-daddy of certain tales but like history, the truth of that is lost in time. And whether or not you want to stick to the original themes, I think it is up to the storyteller and the times in which they live. If a story is good and resonates, it will endure. If it does not, it will be forgotten.”

Harris often uses Gothic and folktale elements in her writing. In 2015, her “Bunian Empire” space opera – the local version of orang bunian, or fairies, in outer space! – was published in the Hugo Award-winning science fiction magazine Clarkesworld. She has also written, among other things, When The Night Blooms, An Artist Transmutes: A Three-Act Play In The Dark (2017), which is a pontianak murder play.

“I tend to be a literary ‘truant’ in that I like to take elements from more than one folktale and mash them up in a narrative palimpsest. I feel that we’ve all been inundated by several versions of Snow White, Beauty and the Beast, etc, so I’m always so excited when Malaysians adapt and appropriate our own rich treasury of tales.

“No matter how different it is, every version to me is valid. I say, bring on the narrative diversity and if you do it well, it will always possess its own verisimilitude,” says Harris.

For Golda Mowe, retelling a folktale for a modern audience often means examining the values contained in the stories. The Sarawak-based author has published, among others, the duology, Iban Dream (2012) and Iban Journey (2015), based on Iban folk beliefs.

“Try not to write in caricature because caricature is very predictable and your story will end up being predictable. Also keep in mind that human nature has not changed much over the years, even though the outcome of their behaviours have changed,” she says.

“For example, an Iban man in the past could keep a slave but a modern slave owner would be put in jail. Since I am writing about the past, I will try to create a situation where he would be condemned for owning a slave,” says Mowe via e-mail.

“One way would be for him to put a neighbour’s child in bondage because the father can’t pay his debts. This is plausible because of the close-knit nature of Iban communities. In this way I am able to let the reader apply his or her modern value to the story.”

We Are Storytelling Animals

Mowe feels there is more being done today to preserve the old stories, with more local folktale-based children’s books being published as well as storytelling competitions in the schools based on folktales. She shares other ideas:

“Maybe the government can consider doing a float competition between states based on their local folklore for next year’s Merdeka parade. I can just imagine how amazing the music, costume and dance would be like.

“It would also be a good way to help our local artists and storytellers showcase their talent,” says Mowe.

“We are storytelling animals. We might starve for a day, or even a week. But we cannot live without a story for even a day. Throughout the world, that’s how it’s been. These stories are the ones that built our civilisation,” says Raman.