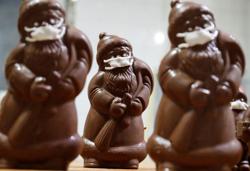 Merry Christmas, everyone! ‘Tis the season to be jolly, so let’s deck the halls with some panels of folly, and join the Ghost of Christmas Comics’ Past to uncover five of the most unusual and the best (or worst, you decide) Christmas superhero stories ever told!

By today’s standards, this classic Superman story from 1940 is a bizarro adventure that completely ignores logic altogether by having Superman team up with Santa Claus.

It starts off with Perry White assigning Lois and Clark to cover local department stores and ‘writing a couple of feature stories on the activity and colour on display there” (hey, it was in 1940 – they didn’t have Instagram back then).

There, they meet a poor boy named Billy Connelly and convince Perry to run a campaign to ask readers to donate old toys so they can repair and distribute them to poor kids on Christmas. The campaign becomes so successful that even Santa reads about it in the North Pole. (Yeah, the Daily Planet delivers to the North Pole too, apparently.)

Anyway, after a quick detour in which Superman takes it upon himself to educate a rich spoilt brat named James Daniels by, er, kidnapping him and showing how miserable Billy is, we cut to two grouchy and mean villains named... wait for it... Grouch and Meaney, who decide to spoil Christmas for everyone by sabotaging the toy donation campaign.

When that attempt is foiled by Superman (who else?), they head to Santa’s workshop in their spaceship (yes, they have a spaceship), to destroy the toys there, and later on, use a type of gas to knock out Santa’s reindeer so they can’t help Santa deliver his presents.

Oh, and in the middle of it all, Lois is caught snooping around, strapped to a rocket and sent hurtling through space. Superman saves her, of course, but two pages later she is captured again. Sigh.

Everything turns out alright, of course, thanks to Superman. Grouch and Meaney are shown the error of their ways, poor Billy gets his toys, and even spoilt little James turns over a new leaf. Hurrah for the spirit of Christmas and Superman!

In 2010, superstar DC writer Geoff Johns teamed up with artist Brett Booth to highlight the increasing commercialisation of Christmas with a story starring the ultimate being of avarice: the sole Orange Lantern, Larfleeze.

Titled Orange You Glad It’s Christmas?, it starts off with Larfleeze hearing of a ‘powerful being’ on Earth who bestows gifts on everyone on December 25, and deciding to head to Earth to get HIS share of presents from Santa Claus himself!

Of course, since Santa isn’t real (no matter what Superman says), Larfleeze goes into an almighty rage when he doesn’t get his presents on Christmas Day, and even heads to the North Pole, threatening to melt it all down.

In the end, it’s up to the Green Lantern, Hal Jordan himself, to teach Larfleeze the true meaning of Christmas.

The story sounds a little bonkers, true, but by using the ultimate being of avarice as a conduit, Johns actually manages to conjure a Christmas story that is not only meaningful, but also has some decent Lantern action as well.

Orange is a the new red when it comes to Larfleeze's Christmas. Photo: DC Comics

Written and illustrated by Lee Bermejo, this original graphic novel is based on Charles Dickens’ classic A Christmas Carol, with Batman as Scrooge,

It starts off with Batman confronting a man named Bob to reveal The Joker’s whereabouts. He later observes Bob with his son, and decides to arrest the man so his son won’t follow in his footsteps and become a criminal.

If you think about it, A Christmas Carol is already a pretty dark story, but set in Gotham and illustrated with Bermejo’s trademark gritty, realistic artwork, the story takes on an even darker slant.

The Ghost Of Christmas Present was REALLY into superhero cosplay. Photo: DC Comics

Hellboy is probably the least likely character you’d expect to see in a Christmas story, but here we are.

Set in 1989, A Christmas Underground sees Hellboy going to England on Christmas Eve where he agrees to help an old, dying lady seek out her lost daughter.

Going down a passageway in a graveyard, he discovers that the lost daughter is married to a prince of the underworld, which of course, leads to Hellboy opening a can of whoopass on the prince in order to free the woman.

More horror than merry, Hellboy creator Mike Mignola based this story on an old folktale and added a Christmas angle to it.

A story that has the Easter Bunny AND Santa Claus? What a great Christmas story to read to kids!

This 1991 story by Keith Giffen and Alan Grant, a drunk Easter Bunny hires the most dangerous assassin in the universe, Lobo to kill Santa Claus because he has overshadowed his own holiday.

Cue maximum carnage involving elves being massacred and a bruising brawl with Santa – a muscle-bound, cigar-smoking tough guy who calls himself Kris “Crusher” Kringle – that ends with a decapitation (hint: it isn’t Lobo’s head that rolls).

Lobo then discovers a stash of bombs in Santa’s workshop, and takes it upon himself to ‘deliver’ them to kids on the naughty list... Ok, on second thought maybe you shouldn’t be reading this to your kids after all. 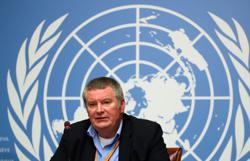