Five Malaysian arts practitioners have been awarded RM33,000 in total grants through the Krishen Jit-Astro Fund.

Established in 2006, the fund was inspired by the late theatre director Datuk Krishen Jit and aims to assist grantees in achieving their artistic ambitions. It started as initiative between Astro and the Five Arts Centre theatre company.

The grants were awarded at a ceremony at Five Arts Centre’s Kotak space in Taman Tun Dr Ismail, Kuala Lumpur, on Dec 10, 2018.

“I feel grateful to see that my thoughts and ideas have been accepted by the fund’s panel. It will help me to bring this project to life,” says Wendi Sia, who received RM10,000 for Gerimis, an exhibition project featuring artists from orang asli communities.

Dancer and choreographer Lee Ren Xin received RM10,000 for her Community Research Initiatives. Lee is working on a long-term project in her neighbourhood in Petaling Jaya, Selangor, and she will focus on a two-pronged research.

The first consists of a daily ritual of dancing and walking around the larger neighbourhood community. The other component is a direct involvement in the community, in which Lee conducts weekly dance and movement workshops with the residents.

Naaraayini’s performing arts project tells the story of youth who struggle to break out of their urban poor backgrounds. The story will be delivered in the form of bharatanatyam dance, accompanied by bucket drums and theatre.

Meanwhile, Thavarupani’s documentary captures issues all women face regardless of diversity, in their background, values and ethics. It features 30 women who share intimate stories, which are deciphered into art painted on their skin.

“We had 30 women from diverse backgrounds speak to us for 30 days in Rimbun Dahan (in Selangor). You can expect 30 different stories. They shared a very vulnerable side of themselves. What's beautiful is they took their vulnerability and made it powerful,” says Thavarupani.

Lim, a writer and photographer concentrating on sociopolitical issues, will present his book project about the behind-the-scenes history of the Bersih movement.

“The story is told by the people directly involved in starting the movement and organising the rally series. This grant will help with research and transcription costs,” he says.

The Krishen Jit-Astro Fund is in its 13th year. Since 2006, 61 projects by artists and activists have been supported by the fund. Datin Marion D’Cruz, a co-founder of Five Arts Centre, says that niche community projects have become prominent in the applications process.

“It was a very interesting year. We had a big range of projects from a very wide range of artists, which was very good. All the projects were more involved with the community and alternate ways of looking at performance,” says D’Cruz.

“We hope that Astro continues to maintain its support of the arts. Of course, if it increases its allocation, that would be great!” she adds.

The fund is distributed into grants ranging from RM3,000 to RM10,000 each for projects in dance, theatre, film, video, publication, visual arts, music, animation, education, training and interdisciplinary work.

Update: The photo caption has been edited to correct Lavanya Selvaratnam’s name. 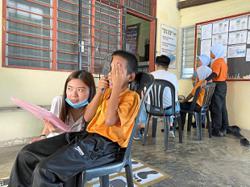 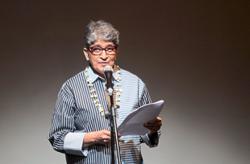