Dive into the dark corners of the mind with 4:48 Psychosis

Theatre director Kelvin Wong isn’t afraid of confronting nightmares and difficult issues. In 4:48 Psychosis, Wong revisits a challenging theatre work that enters the mind of someone dealing with clinical depression, getting an intimate look at an individual’s memories, fears and aspirations.

The play, written by the late British playwright Sarah Kane, has been described as a highly personal, highly subjective look at a case study of depression. 4:48 Psychosis’s unique, non-realistic, non-linear style, however, has influenced and affected many people over the years.

“I remember stepping into a nightmare of sorts. People trapped in their minds. I got curious about how it was written. So I got hold of the text a few years after, and was instantly drawn to Kane’s non-narrative style. I wondered how I would take on something like that artistically,” recalls Wong, 32, who first watched an adaption of 4:48 Psychosis in KL in 2002.

It was directed by Gavin Yap, and it featured Malik Taufiq, Susan Lankaster and also the late Samantha Schubert.

Wong has built a reputation with strong interpretations of plays like Antigone and Macbett. He holds a Masters of Fine Arts in Directing from The Theatre School at DePaul University in Chicago, and also lectures performing arts at a private university in the Klang Valley.

“As I grew as a director, I almost naturally became magnetised to the non-narrative, non-linear, the post-dramatic. So this drew me to direct 4:48 Psychosis in graduate school in 2015. It became an experiment in style and storytelling. I was the impulsive, mad scientist at work, creating worlds from Sarah Kane’s fragments of depressive poetry,” he adds. 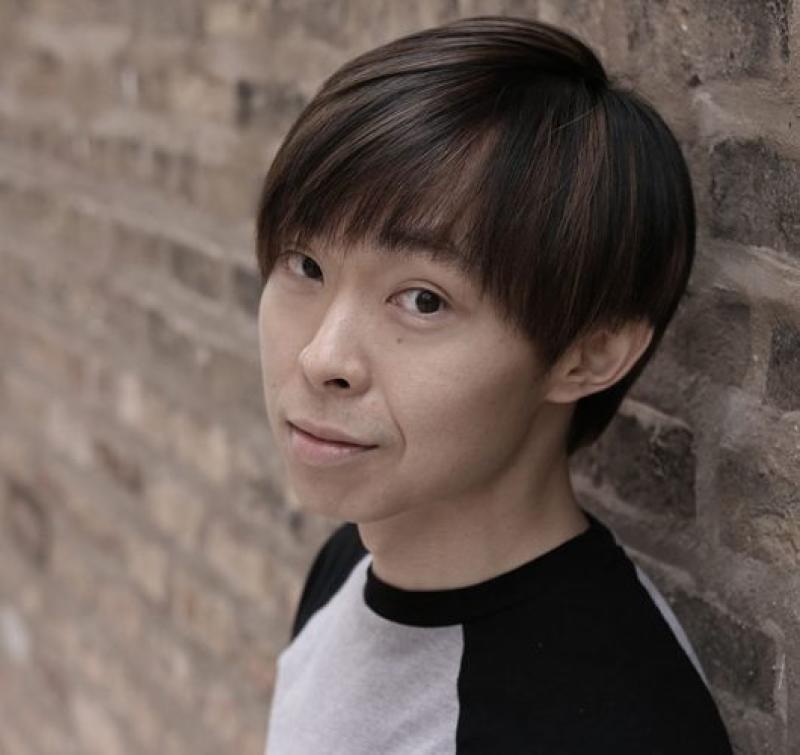 'It’s an intense and trippy rollercoaster ride in the theatre,' says Wong about his version of 4:48 Psychosis. Photo: Andrew Peters

Wong, after returning to Malaysia, endured bouts of depression ... and 4:48 Psychosis came back to him. Due to this, the young director found himself looking at the text in a new way he could empathise with, and found comfort that clicked with him.

“Seeing how the play was translated and performed across the globe since it was written in 2000, I figured there were many others out there who are going through the same thing, who could do with the same recognition, connection, and comfort,” says Wong.

As a result, Wong is directing Kane’s play again, under the banner of his theatre company Theatresauce. The production features Phraveen Arikiah, Claudia Low, Alex Chua and Veshalini Naidu, with Toby Teh as assistant director.

There is also deep tragedy surrounding 4:48 Psychosis, with playwright Kane taking her own life after its completion.

Interestingly, the play has no explicit characters or stage directions, and can be performed by one or several actors. It tells the story of a person with clinical depression as she copes with the struggles in her life. These  include friends who try to help, antidepressants that don’t always work and a psychiatrist who she calls her “final hope”.

The “4:48” in the title, by the way, refers to the time in the morning when the play’s protagonist’s mind is at its most lucid. 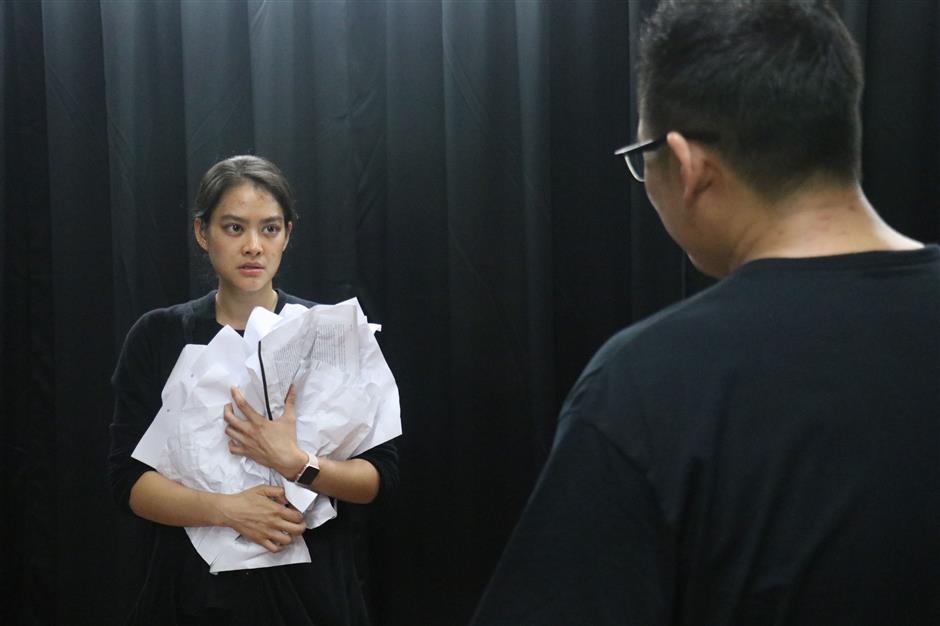 Low (left) and Chua in a charged scene from 4:48 Psychosis.

Wong reveals that his production is driven by sound and light.

“It’s an intense and trippy rollercoaster ride in the theatre.”

Therefore, his vision for 4:48 Psychosis is more of a surreal trip, if compared to other versions of the play, which can be darker, bleaker or more cynical.

“Connotations and settings of mental asylums are popular choices from what I’ve seen, which I’ve tried to avoid as much as possible. Instead, we travel – through the protagonist’s mind – to different worlds. Each with its own rules and symbols. Some worlds are hopeful and dreamlike, some are bleak and nightmarish. There’s also much infusion of pop culture, like symbols, memes into this production,” says Wong.

“I made it clear to my cast members that I’m approaching this production as an auteur. So it’s pretty much me framing and composing each moment to its minute detail. From the set, the action, to the lights, the sound. So there’s much delving into my own mind, making it a highly personal and vulnerable journey.”

In addition, the director adds that his company is collaborating with two mental health organisations: The Mind Psychological Services and Training, and Relate Malaysia.

“They are setting up front-of-house booths and will join in on all post-performance talkbacks. In this sense we hope the production will open up new conversations and add to ongoing ones,” concludes Wong.

Dive into the dark corners of the mind with 4:48 Psychosis