This colonial bungalow has an amazing WWII battle story to tell 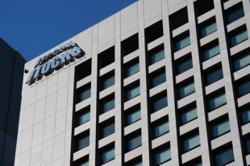 Hidden away in Pasir Panjang, Singapore, is a colonial bungalow with an interesting past.

The bungalow, named Reflections At Bukit Chandu, is close to the site of the Battle of Pasir Panjang, where members of the Malay regiment sacrificed their lives fighting for Singapore and Malaya against the Japanese during World War II. The battle took place just before the British surrendered Singapore to the Japanese on Feb 15, 1942.

Built in 1910 as living quarters for senior members of the colonial administration, the masonry-style house was converted into a museum in 2002 by Singapore’s National Heritage Board to pay homage to the Malay regiment and document the effects of the war on civilians. It drew more than 35,000 visitors last year.

Two other bungalows on the hill were demolished during the 1980s, though the city state’s planning body, the Urban Redevelopment Authority, does not know why.

Reflections was gazetted for conservation in 2003.

The unusual mix of window designs. Note the textured green glass in the panes.

While renovations were done two years earlier, the building’s original exterior and interior features, including the facade and layout, were retained.

During the renovations, the original timber flooring was replaced with a new one and an air-conditioning system installed.

A replica of a painting depicting the Battle of Pasir Panjang, by the late Malaysian oil painter Hoessein Enas, was added as part of the museum exhibits.

The work, suspended from an arch, can be seen on one side of the building.

Noting that this year is the 75th anniversary of the fall of Singapore, Loy Ju-Lin, senior architect at the Urban Redevelopment Authority, says: “This building serves as an anchor to our past and history.... These historical landmarks have to be remembered to help us cherish the peace we enjoy today.”

Segmented arches and flared column base: The segmented arches, which can be seen on the ground floor of the bungalow, are rare and not usually seen in Singapore, says Loy.

The segmented detail continues at the building’s column bases, which are flared and stepped. This makes the columns look more grounded and solid.

Mix of window designs and textured green glass: The ground-floor windows have diamond-shaped frames, while those on the second floor have a mix of diamond- and square-shaped frames. Most buildings usually stick to the same window design throughout.

The textured green glass helps cut out the glare of the tropical sun.

Coils at roof corners: The curved copper coils at the corner of the roof are predominantly a decorative feature, says Loy. It is a quirky and interesting original feature of the house. – The Straits Times/Asia News Network

This colonial bungalow has an amazing WWII battle story to tell