Lovers of Cantonese opera are in for a treat this weekend. Three beloved works will be revisited in Splendour Of Tai Hei 2017, which will play at Damansara Performing Arts Centre (DPAC) in Petaling Jaya on April 29 and 30.

The show, produced by veteran theatre practitioner Chin San Sooi, is a tribute to local Chinese opera legend Elizabeth Choy Him Heong, who will also be directing the show.

“She’s a very versatile performer, and her directing is very good. I regard her as a living national treasure. Which is why we’re doing this play, as a tribute to her, and her many years of contribution to Cantonese opera,” says Chin in a recent interview. “Perhaps, the younger generation have never heard of her at all! A lot of people don’t know much about Chinese opera. So I think it’s good to have this (show), especially since it will soon be Madam Choy’s 84th birthday.”

A grand doyenne of the Chinese opera scene, Choy is the leader of the Kuala Lumpur-based Yim Yong Tin Cantonese opera troupe, which she founded in 1955. Over the years, she has played a variety of characters in local Chinese opera productions, ranging from comic relief to main roles.

Choy is still highly sought-after as a consultant on Chinese opera, and in 2009, was approached by Hong Kong personality Lisa Wang to teach the traditional artform in Guangzhou, China.

Chin says the show will be a spectacle, featuring 38 traditional Chinese opera costumes and traditional songs performed by nine musicians.

The show will begin with “Lok Kwok Tai Fong Seong” (The Inauguration of the Prime Minister). It will be performed by the full troupe, consisting of 25 members.

This number, Chin says, is usually done to showcase the troupe’s strength in numbers, and the splendour of the costumes.

This will be followed by an excerpt from “Tai Loi Fah” (The Last of the Ming Princesses), which will be performed by actors Vivienne Oon and Stefano Chen. This sad piece tells the story of Princess Chuen Ping (Oon) of the Ming Dynasty, who makes a pact with her consort (Chen) to commit suicide, rather than become a political tool of her Qing conquerors.

This segment will be performed in both English and Chinese, with translations by Chin, Pearlly Chua and Liau Siau Suan.

The final part of the show is “Fong Kok Yan Sau” (The Everlasting Love of the Princess), which will be performed by Liau and Chua. This tale of unrequited love tells of Princess Hong Luen (Chua), a Chinese princess who was given to the Mongols as a hostage in her youth. She falls in love with the Mongol general Kuan Hong (Liau), but has to part with him when she returns to China.

One highlight of this piece, Chin adds, is that it marks the Chinese opera debut of Chua, who many theatre lovers know from her famous role in the play Emily Of Emerald Hill.

“This is her first time attempting a role in Chinese opera, and to sing on stage in Cantonese! All her fans should come and watch her, as she takes a step adventurously and delightfully, to try and break new ground. Many people would not dare do it without any training, but she’s working very hard at it,” says Chin.

Chin recommends that people watch a Cantonese opera performance at least once, to take in a unique performing arts experience.

“A main draw is definitely the costumes. They are so finely and intricately done. And you can be enthralled by the minimalistic acting ... a chariot on stage is represented by two flags, your imagination does the rest,” says Chin. 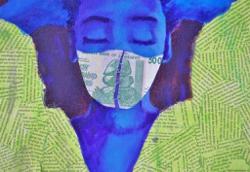