From left: Musicians Leon Thum on guitar, Bernardine on flute and Yasunari Rajendra on the didgeridoo accompany poet Cecil Rajendra as he reads his poems.Photo: Malcolm Foo

For its sixth incarnation this year, the George Town Literary Festival (GTLF) returned bigger and bolder, featuring over 60 writers, poets, performers, filmmakers and musicians from all over the world.

Running over the last weekend, from Nov 25 to 27, the festival proved to be an enlightening affair, delivering thought-provoking discussion sessions and absorbing performances.

British philosopher and author and vice president of the British Humanist Association A.C. Grayling delivered the opening lecture about the festival’s theme that was based on the concept of “Hiraeth”, a Welsh word meaning “the longing for a homeland that is no longer there”.

“The choice of theme is a very appropriate one because of this extraordinary year, which has brought into focus that all of us, in our different ways, feel we are in some sort of exile, or we’ve lost somewhere we’ve cared about,” Grayling said.

He went on to explain that hiraeth did not always have to be a geographical longing; a “homeland” could also be a person or a purpose that brings meaning. This longing, he added, is necessary for progress. 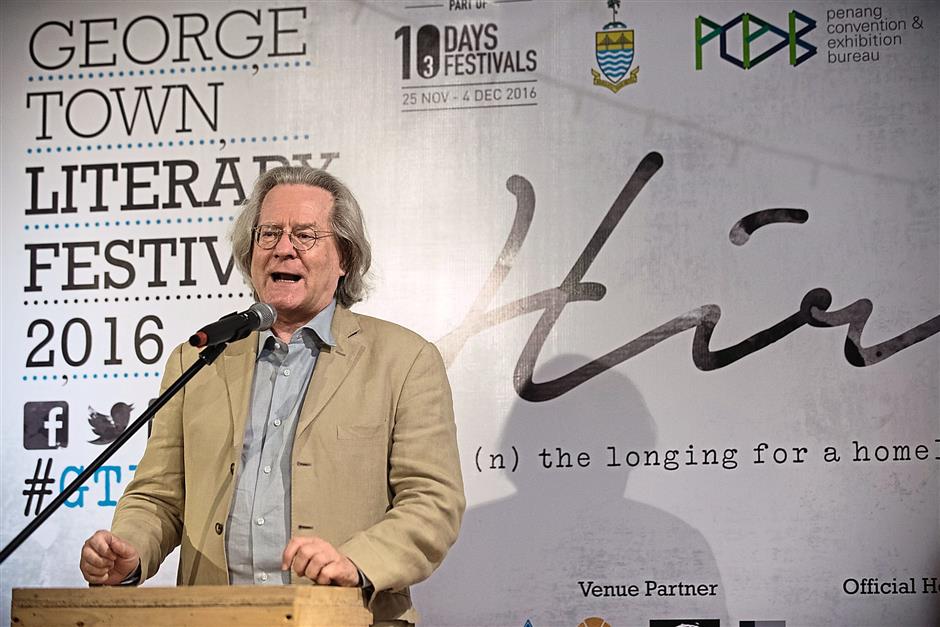 “Because if we believe we’ve found the place, or the person, or the purpose, then we would stand still. And to stand still is to go backwards. This yearning makes us what we are,” Grayling said.

Platform for many voices

This year’s GTLF kept poets especially busy, with a poetry showcase, a poetry marathon, and the launch of They Call Us Loud, an audio book by Australian spoken word poet Will Beale (a print version was published by Perfect Binding in 2015).

There were workshops aplenty, of course, with Palestinian author Nathalie Handal hosting one that explored home and memory while dancer Lee Su-Feh spoke on “Pleasure And Landscapes In Words And Body”.

The always popular Pop Up Market helped to draw the crowds with books, local delicacies, jewellery, beverages, and a whole lot more on sale.

One highlight of the festival was “Fathers And Sons”, a unique collaboration of words and music by two prominent local father-son duos. National Laureate A. Samad Said read his poems to music by his son, musician Az Samad, while poet Cecil Rajendra’s reading was accompanied by his son Yasunari Rajendra who played the didgeridoo, an Aboriginal wind instrument.

“I always thought it such a coincidence, that two of the country’s most prominent men of letters happen to have sons who find expression in other mediums, namely music,” publisher Gareth Richards said upon introducing the performers.

From left: Musicians Leon Thum on guitar, Bernardine on flute and Yasunari Rajendra on the didgeridoo accompany poet Cecil Rajendra as he reads his poems.

(Maria, who spearheads the Bersih protest movement, had been arrested just before a Nov 19 street rally; she was released on Nov 28.)

Rajendra, long-known for his political poetry – he was the first recipient of the Malaysian Lifetime Humanitarian Award, in 2004 – read Innocents, The Misguided Fundamentalist, and excerpts from his latest collection, Shakti Symphony. 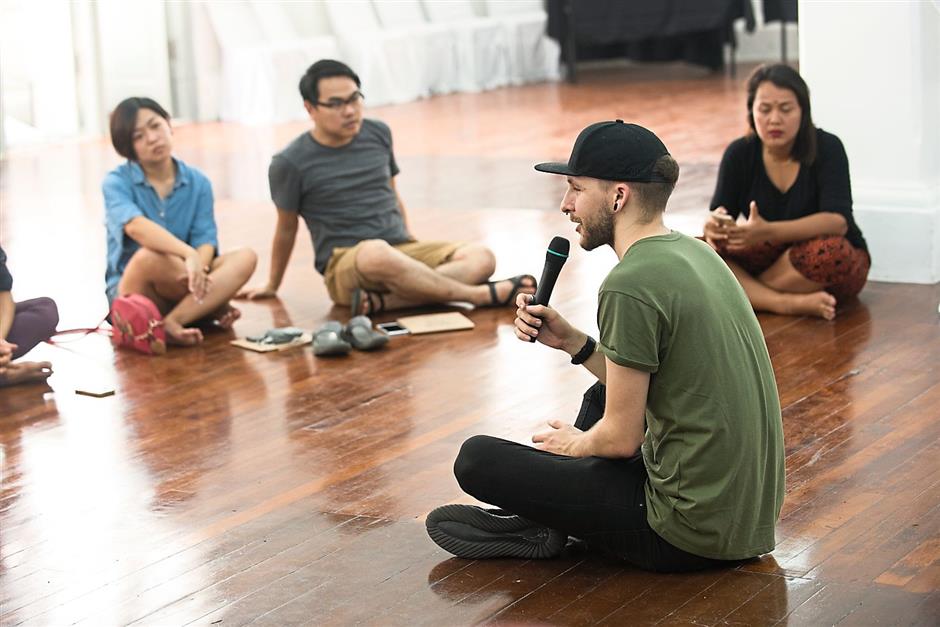 At the launch of Beale’s audio book, They Call Us Loud.

According to the platform’s founder and curator Yasmin Bathamanathan, “This is the third year Voices has been part of the GTLF. In as much as the programme is attracting more and more bright and talented women writers each year, it has also been growing in terms of audience numbers.

“This is very encouraging for me, as it is indicative of the need to continue providing platforms for women writers and women’s narratives.”

Another highlight was a “secret” film screening on Nov 25 at the Black Kettle Cafe. This turned out to be the highly anticipated indie movie Interchange, which has been making the rounds of international film festivals and receiving positive buzz; it had premiered in local cinemas just the previous day, so it was quite the treat for festival-goers. Director Dain Iskandar Said and producer Nandita Solomon hosted an interesting Q&A session after the screening.

The festival’s finale was an open mic session at The Canteen in the China House enclave of eateries and galleries.

Looking for a home

The weather was a major issue during this year’s GTLF: Penang’s notoriously hot weather settled in over the weekend, making some of the indoor venues rather stuffy. Late evening rains also meant outdoor events were affected.

The country’s political climate also cast a damper on things: an exhibition by political cartoonist Zunar had to be cancelled after it was stormed by protesters on the first day of the festival, Nov 25. Zunar was then arrested under the Sedition Act the following day and remanded for a day; the festival’s scheduled closing act, the launch of his book Wasabi, on Nov 27, had to be cancelled.

The festival organisers instead had a minute of silence in solidarity with the cartoonist and Chauly issued a statement upon Zunar’s release at 6pm on Sunday, expressing the festival’s objection to the arrest. 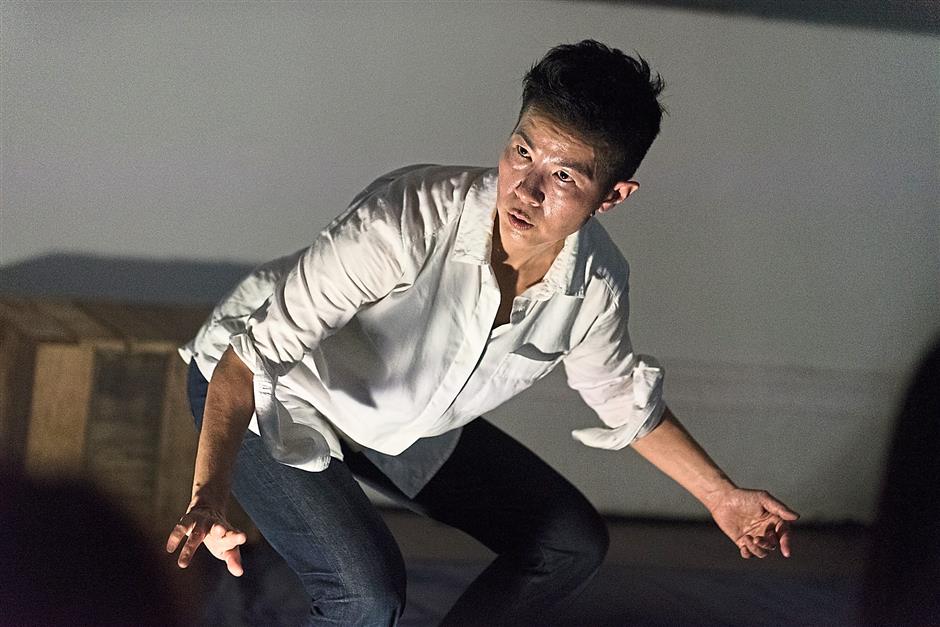 Lee Su-Feh performing a solo, The Things I Carry.

Despite these unfortunate events, response to the festival still boom-ed, with many of its event venues packed out with animated and engaged audiences. According to Chauly, this year’s GTLF recorded about 2,500 attendees over the three days.

“I think the festival was a tremendous success – this was the best one yet. We had issues with the venue on the first day especially, as the blower fans failed to cool some rooms properly but the rains on Sunday made it more comfortable inside.

“Our writers engaged with each other and we had some very animated and meaningful sessions,” Chauly said.

“The festival has been a nomad for the past six years, so I do hope it finds a home soon.

“The direction of the festival may change next year, though, so we have to wait and see how things transpire.”

Whatever direction it takes, let’s hope the next incarnation of the GTLF maintains the high standards it has been setting over the past few years.

True to the George Town Literary Festival’s theme of “hiraeth”, speakers at its many panel discussions and conversations touched on issues of nostalgia, belonging and refuge.

This was made evident by topics such as “On Longing And The Desire For Longing” and “Conversations: On Love, Friendship And The Prospect Of Loneliness”, which touched on the more emotional aspects of yearning. Panels such as “The Malay Dilemma Part 2” and “The Myth Of The Lazy Native” explored conceptions of loss, power and perceptions in a local context.

One of the highlights of the festival for this writer was the panel “My Father, My Mother, My Grandfather – On Bloodlines”, which was a personal exploration of how one’s own family history could be utilised to best effect when creating art. 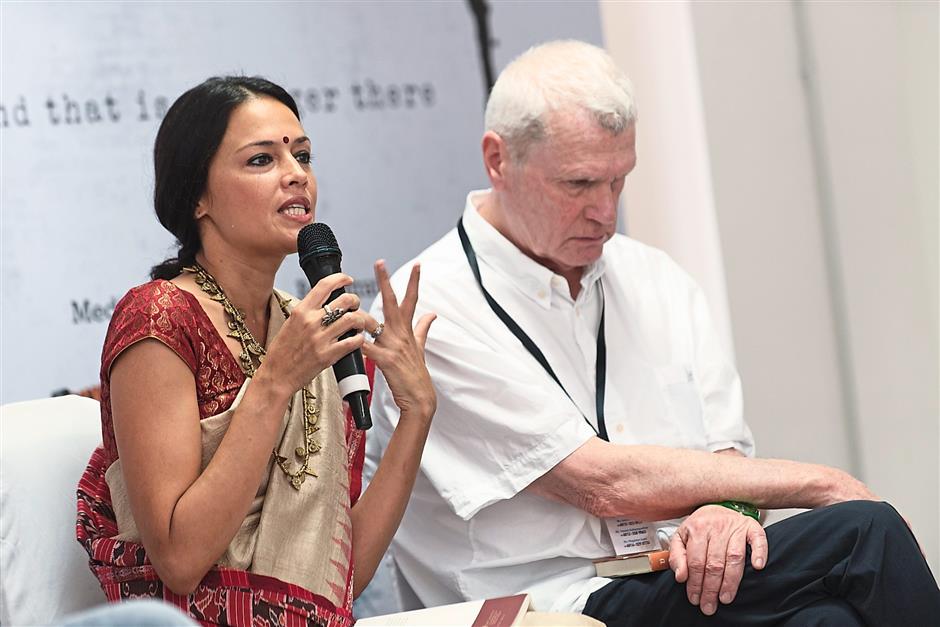 Indian poet, journalist and dancer Tishani Doshi joined van Dis on the ‘On Longing And The Desire For Longing’ panel discussion.

The “On Cultural Appropriation: Who Gets To Write About What” panel focused on whether it is ever appropriate to use elements of another culture in one’s writing. The discussion was a response to author Lionel Shriver’s famous – or infamous, perhaps? – keynote address on cultural appropriation at this year’s Brisbane Writer’s Festival in September, which caused much controversy and debate. (Read our interview with Shriver.)

Malaysian writer Tash Aw had this to say about the issue: “Novelists have to write about people other than themselves. Otherwise we would only write very autobiographical novels. Everything is about appropriating someone else’s experience. It really boils down to a technical and ethical thing, which is if you are going to make a leap of understanding, there has to be some genuine empathy with the person whose voice you are trying to capture.

“If you’re going to make certain kinds of leaps of understanding and empathy, you have to be aware of the political and historical context in which it takes place.”

Palestinian writer Nathalie Handal’s take: “There is something to be said about coming from a culture and understanding its roots. ... I come from Bethlehem originally and there are very hardly any original Bethlehemites living there now. 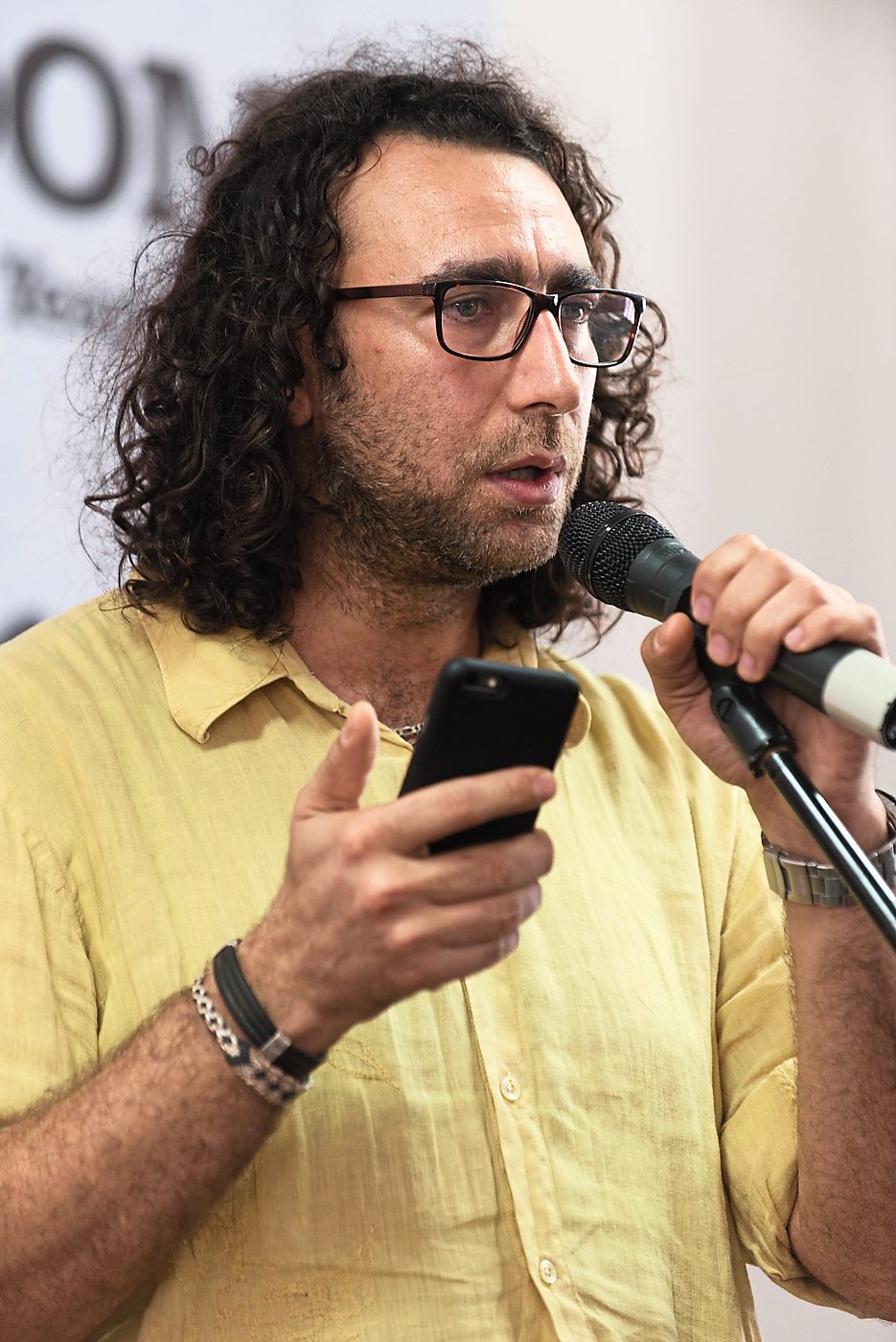 ‘I believe that poetry may not be able to change the world. But a poem can change a person,’ said Almadhoun.

“Can someone write about Bethlehem? Certainly. But will they have the history and heritage of coming from centuries of this culture that I grew up in? Can it be written through the same lens, with the same emotionality of that culture?”

Literary translators had a lot going for them at the GTLF with the “Bual Nusantara – Literary Translation In Penang: Past And Present” and the “Speaking In Tongues: The Art And Craft Of Translation” panels. Poets, too, were active voices with sessions dedicated to the “Politics Of Poetry” and “The Poet’s Garden”, which examined how poets nurture their craft.

And the whimsically-named “Aliens, Birdmen And Other Beings” explored how playwrights and screenwriters brought characters to life.

Things took a somewhat darker turn in “There Will Be Blood”, which was about writing on war, genocide and bloodshed. Among the topics discussed was whether writers should adopt the role of journalists and whether or not their attempts to write about atrocities were futile.

The George Town Literary Festival is organised by the Penang Convention & Exhibition Bureau. For more information on the fest and for updates on the 2017 event, go to georgetownlitfest.com.