American author, William L. Gibson's fascination with the supernatural and the inexplicable informs his noir thrillers which are set in colonial Malaya and Singapore. Photo: Monsoon Books

The year is 1892, and troubles are brewing in Singapore’s Chinatown. A dead American is found floating in the middle of a canal. Tensions are brewing among Chinese gangs, which are preparing to clash in a  turf war. And a mysterious Hindu artefact is stirring up trouble – both natural and supernatural.

Such is the tangled web of intrigue that forms the narrative of Singapore Black, a hard-boiled historical thriller written by Jakarta-based American author William L. Gibson.

The book, which is part of a trilogy (followed by Singapore Yellow and the upcoming Singapore Red) combines historical settings and local folklore with pulse-pounding drama and mystery.

“Most of my time in Singapore, I lived in an old police barracks on Pearl’s Hill overlooking Chinatown. My curiosity led to my reading history books and biographies and old travel narratives about Singapore,” Gibson, 41, says in an e-mail interview.

“At the same time, I was taking a lot of prescription pain pills and drinking cheap white wine and watching old noir movies. Somehow, from this melange came the idea to write slightly psychedelic, hard-boiled novels set in 1890s Malaya!”

So here’s a mystery indeed: what exactly is an American author doing in the middle of South-East Asia, writing novels about crimes and intrigue set in historical times? 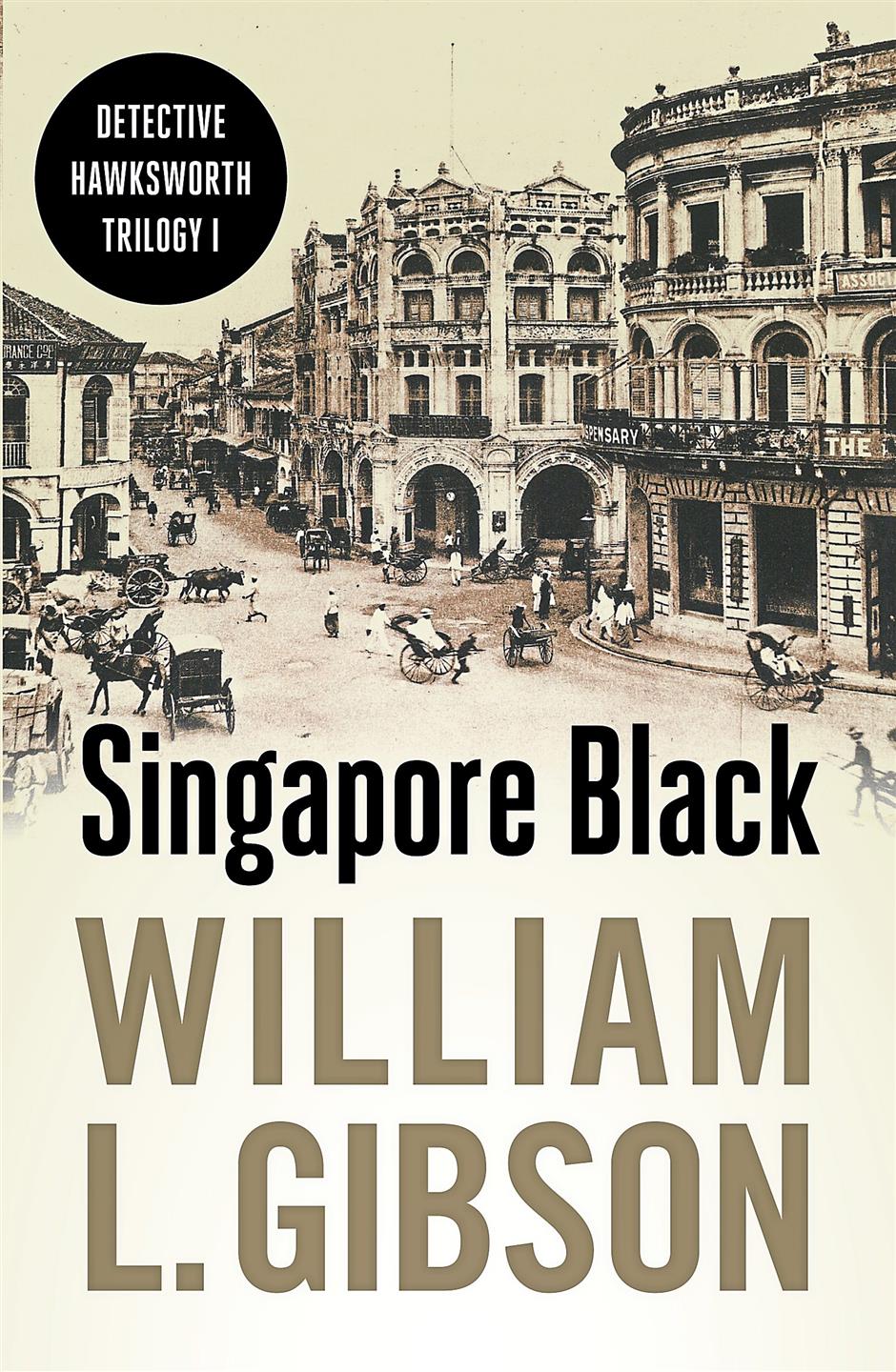 According to Gibson, he first set foot in this corner of the world in 2005 to work as a lecturer in Singapore. After setting up and running his own company there for a few years, he eventually moved to Jakarta in 2013. Now, he is the campus academic coordinator and senior lecturer in Media Studies at the SAE Indonesia Institute.

“I love South-East Asia! The mix of cultures, histories and ideologies is utterly fascinating. We travel a lot in the region – I’ve been to every Asean country except Brunei and the Philippines,” says Gibson (the “we” refers to his Singaporean Chinese wife).

“When we lived in Singapore we used to go to Malaysia all the time, including Sarawak. One thing I always enjoy about Malaysia as compared to Indonesia is the cultural diversity. The blending of cultures in the Straits economic zone in old Malaya is of particular fascination to me, which is something I try to capture in my books.”

Gibson seems to be a man of many talents: he also writes non-fiction, and published Art And Money In The Writing Of Tobias Smollett in 2007, about an 18th-century British journalist and author. He writes the Asian art and media column Opium Traces at popmatters.com.

In 2009, he collaborated with American record label Sublime Frequencies to release a compilation of 1960s Singaporean-Chinese go-go music. All that and he runs an experimental music project, Third World Skull Candy, with an album, Pusat, out on indie label BitPulse Records!

The one thing he didn’t do, however, was write Neuromancer: that’s by the other, much more well-known author William Gibson, who our man was sometimes confused with during his undergraduate days in San Diego University.

“My professor, Larry McCaffery, who was at the forefront of recognising cyberpunk as a valid literary genre, always used to tease me in class, but that was OK. I really like my famous namesake’s fiction so there are no hard feelings. I wish I could sell that many copies!” Gibson quips.

Gibson’s thrillers follow the exploits of Detective Inspector David Hawksworth, your classic noir protagonist. He’s a man with a colourful past: after his parents died during a voyage from Liverpool to Penang, Hawksworth grew up in Singapore, never laying eyes on his English homeland. This places him in a unique position, between Asian local and European colonial.

A Western man living and working in Asia ... does that sound like anyone we know?

“I’m a tall white man so most of my friends think he’s based on me, but that’s not accurate. Though I can speak to the experience of being a tall man in Asia!” Gibson says.

“I think there are historical persons that I tried to capture, voices from travel diaries, plus modern media personas, such as early 1970s-era (British actor) Terence Stamp, for the tough guy aspect. Trying to put readers in the mind of a 1890s British policeman isn’t easy!”

One of the tough parts about writing Hawksworth, Gibson says, is drawing a balance between making him sympathetic and making him true to the way he would have behaved in those times. 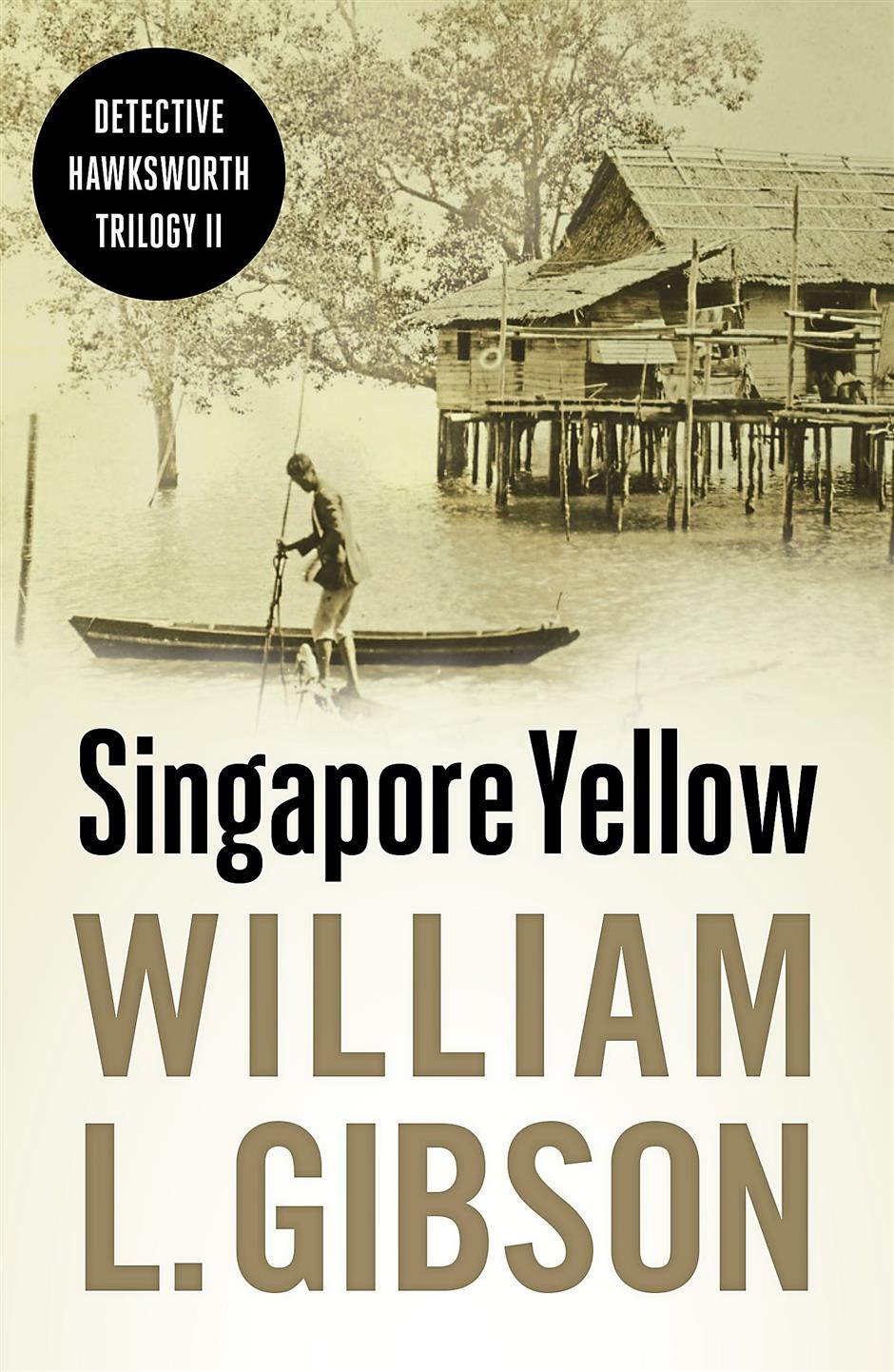 “Obviously concepts of racism were very different then, but you can’t have a racist central character as sympathetic for modern audiences. So I gave him a past that allowed him more empathy with local people. The colonial racism comes out in other characters, especially Walker, who is based on a real historical figure,” Gibson says, referring to another colonial officer character.

In Singapore Yellow, the second book in the trilogy, Hawksworth travels to Malacca to investigate some family history, only to be caught up in a web of intrigue.

A British Resident has been murdered and native children are being snatched from villages. And rumours are spreading about a seductive, bloodsucking pontianak on the loose.

Having read his books, we can say that they seem to have captured the looks and sounds of colonial Singapore and Malaya very well – at least, as we expect those days to look and sound like. How did Gibson accomplish this?

He replies that it is all thanks to the skills in scholarship he acquired when he got his PhD in Leeds in Britain.

“When not travelling, I’m happiest deep in the stacks at a library, chasing down obscure details. Historical fiction is a way for me to get my archive fix. I don’t think I could have done the research for these books without my training as an academic,” Gibson says.

The final book, Singapore Red, will be published next year; it sees Hawksworth facing, among other things, a cholera epidemic, clan wars and a murder. There are also rumours of Chinese undead wandering the streets at night – which is only fitting, as Singapore Black features Hindu folklore and Singapore Yellow features Malay ghost myths.

“I find the supernatural to be fascinating and enjoy toying with the ineffable. Also, for Western audiences, Eastern religions tend to seem really psychedelic. This is something that John Burdett exploits to the full in his Bangkok novels and I wanted to achieve a similar effect using Malaysian cultural beliefs,” Gibson says, referring to the author of the bestselling Bangkok 8 crime novel and its sequels.

Asked if there will be any more Hawksworth novels after Singapore Red, Gibson says he had always imagined the story would stop at a trilogy, but he would be willing to write more if there is popular interest.

“That said, the trilogy was always meant to explore a central historical question, and that will be answered in Singapore Red. I don’t want to spoil the plot, but suffice to say it involves Chinese banking,” he says.

Currently, Gibson is working with Indonesian artists on comic book adaptations of his novels. He’s still engaged with Third Word Skull Candy, and working on a novel set in Indonesia about the exotic species trade. Not only that, he’s taking notes for a cyberpunk novel set in Los Angeles and Nepal.

“With my name, I kind of have to write one!” Gibson quips.

Though all that might have to take a little longer than usual, it seems: “My wife and I just had our first child so that’s also a major project ... probably the biggest of them all!”