The international tour of this hit musical have been bedazzling audiences since it opened on Thursday in Kuala Lumpur.

The curtains will rise one last time for showstopper Mamma Mia! The Musical and if you haven’t bought your tickets yet well, hurry up!

The amazing cast of the international tour from London have been bedazzling Malaysian audiences since the hit musical opened on Thursday at the Plenary Hall, Kuala Lumpur Convention Centre.

Enraptured audience members were seen dancing and singing in the aisle to popular ABBA numbers like Dancing Queen, Mamma Mia and Waterloo.

The musical, which last played in Kuala Lumpur in 2008, tells the tale of young bride-to-be Sophie who, behind her mother’s back, invites three men who could be her long-lost father to her wedding. However, mayhem (well, feel-good drama!) ensues when Donna, her mother, stumbles upon her past lovers a day before Sophie’s wedding.

Put on your dancing shoes and don’t miss out on this show brimming with all the magic and razzle-dazzle which only musical theatre could offer.

Mamma Mia! The Musical plays for one last time today at the Plenary Hall at 3pm.

It is organised by Yvents! and presented by Maybank with Star Publications (M) Bhd as the media partner. 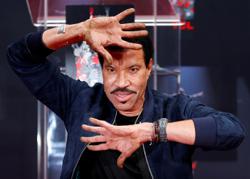 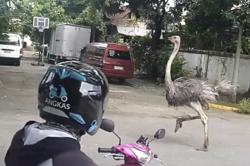 Philippines to investigate owner of ostriches running in the streets