London’s theatre scene is experiencing a “golden period”, better attended than Premier League football and taking more at the box office than cinema in the capital, a report said recently.

“We believe this makes London the biggest theatre city in the world,” said a report by the Society of London Theatre and the National Theatre.

More than 22 million people attended theatre performances in the city during the 2012-2013 season, an increase of 5.5% from a year earlier, the survey found.

“London theatre is widely held to be enjoying a golden period. Both artistically and at the box office, it is booming,” said the report.

The West End, known for its popular musicals and plays, reported its 10th consecutive year of record box office takings.

Both admissions and box office takings were up compared to the previous year, though the average ticket price decreased to £27.76.

The report noted the industry was subsidised both by the government and by people working for little or no pay.

The report found London has 110,000 theatre seats spread among 241 professional theatre spaces, over half of them not-for-profit.

It said the city could be the biggest theatrical employer in the world, engaging an estimated 3,141 performers at any one time.

Almost a quarter of holiday visitors to London go to the theatre, the report added. – AFP Relaxnews 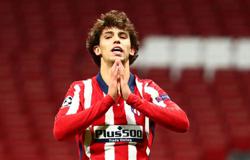