Mr Gorbachev, tear down this wall! Former US president Ronald Reagan’s appeal to then Soviet Union leader Mikhael Gorbachev to demolish the Berlin Wall in 1987 rings true also of a fairly recent phenomenon of major Malaysian private collectors who have allowed part of their largesse of art collected to be publicly shared.

This revelation can be an astonishing in pinging the ownership or changes, apart from plugging gaps in historical narratives, in the Malaysian Art Friends 2 book and exhibition Malaysian Art Friends 2: Selected Works From 10 Collectors at Balai Seni Visual Negara or National Visual Arts Gallery (NVAG) in Kuala Lumpur.

For instance, take The Marriage Of Sultan Mansor Shah (1991), the last large and unusual work of pioneering artist Ismail Zain (1930-1991), which was completed days before his untimely death. In a surprise of surprises, this work is in the collection of former finance minister Tun Daim Zainuddin. One would have thought such an important work by Ismail, an intellectual and avowed Post-Structuralist, would have been in the collection of the NVAG. 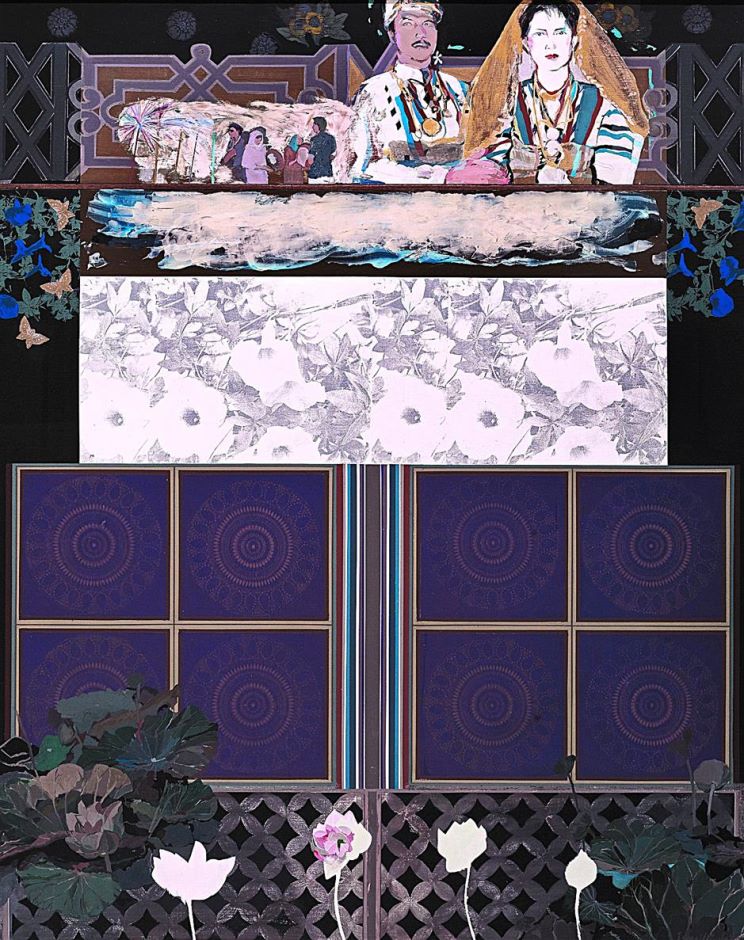 Ismail’s concession to figurative art – that of Sultan Mansor Shah and the sultanah (probably the Princess of Majapahit, from a series of strategic matrimonial alliances that included China’s princess Hang Li Po) – was strange as since 1983, this artist was on a binge of non-gestural, antiseptic grids and ornamentative patterning.

Back to the subject matter of Ismail’s piece, Sultan Mansor was the sixth in the line of the Malacca Sultanate and reigned from 1459-1477.

Before we move ahead, how did this exhibition come about? The 30 Art Friends project was mooted by Singaporean collector and architect Quek Tse Kwang. In the first publication-cum -exhibition in 2010, 15 collectors each from Malaysia and Singapore made their choice selections. This group has become an influential community that also supports other art-related and academic causes.

This time around, 10 collectors each from Malaysia, Singapore and the Philippines have taken centrestage in the new book 30 Art Friends 2, released in Singapore in January.

The 30 Art Friends 2 book comes in two forms – a 304-page coffee table book and a condensed version with just the Malaysian component. The current exhibition at NVAG features only works collected by 10 Malaysian Art Friends, including five newcomers. 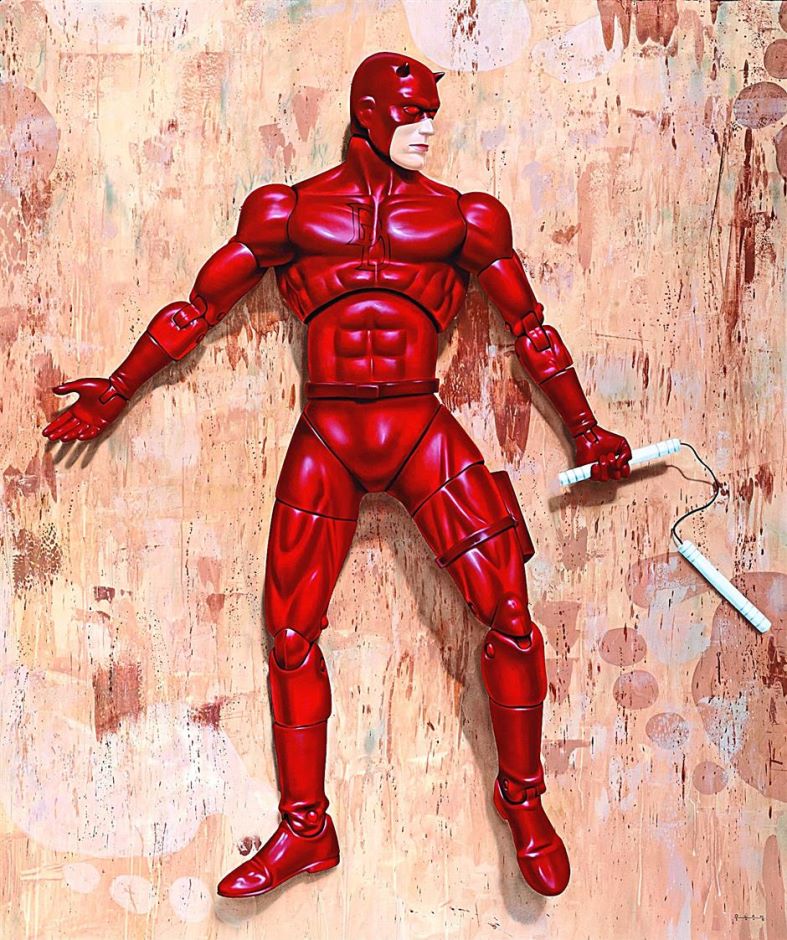 Filipino artist Rolando ‘Olan’ Ventura’s work Dare Devil, which is one of his rare pieces that doesn’t have his signature style of depicting a comic superhero dead, unconscious, tied up, or otherwise incapacitated.

The cast of collectors from the first edition (also held at the NVAG in 2010) has changed too. Some have gone, some have remained. There are new faces to the list.

Back to the art, there are many works to investigate at this exhibition. In terms of numbers, Ahmad Fuad Osman’s magnum opus, Recollections Of Long Lost Memories (2007), digital photographic print on matte Kodak paper, is a head strainer. There are 71 photo montage pieces in this series which has editions of 8. Pakharuddin’s collection is No. 6.

Recollections Of Long Lost Memories is a time-tunnel mediation/intervention into real historical events which were photo-archived from 1868 to 2003, and in which a long-haired, bearded “actor” is inserted in colour against the sepia-toned original grain. A move to question historical truths?

Fuad’s work, first shown at the Independent Project exhibition at Galeri Petronas, Kuala Lumpur in December 2007, was a Juror’s Award winner in the 2008 ABPF Signature Art Prize in 2008. Another work featured in the award, but in the 2011 series, was Samsudin Wahab’s Kamunting Holiday Camp (previously titled, The Curious Festival – Dark Parade).

At this exhibition, it still hangs proudly with its pointed reference to the detention centre for political prisoners. This particularly edgy work from Samsudin alongside Filipino artist Olan Ventura’s superhero Dare Devil with “nunchuk”, purchased from KL Taksu’s March 2009 exhibition, comes from Dr Steve Wong’s collection. 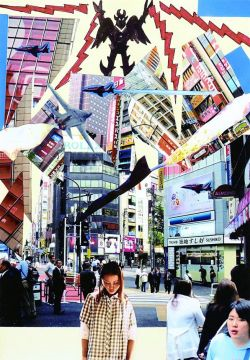 Another photo-based series, Superfiction (2008), also in edition of 8, by Roslisham ‘Ise’ Ismail, comes from Bingley’s collection. It features 25 pieces with a superflat winged humanoid superhero in the crowded streets of Tokyo. Big and space-grabbing works are the norm in the collection of cult film-maker U-Wei. In his selection, you’ll find Multimedia University lecturer Tengku Sabri Ibrahim’s Inside Series: Mari Kita Perang, a wire meshing installation snaking on the NVAG gallery floor. This work by Tengku Sabri was first shown at the Bara Hati Bahang Jiwa exhibition at the NVAG in 2002.

Apt is the cross-cultural, cross-border thrust of the collection as the future lies in the greater outreach of South-East Asian art.

Datuk Sandra Wong’s pair of Vietnamese-French Le Pho (1907-2001) and Mai Trung Thu (1906-1980) works, both pioneering students of Victor Tardieu, are notable. Also in her collection is Thai Natee Utarit’s The Peel and Emptiness (2006), a bronze sculpture.

The late Datuk Ibrahim Hussein’s The Dream (1969), sold at Henry Butcher’s inaugural auction in 2010 for a premium of RM500,500, is also back in Malaysia after having a British home for 38 years. It now hangs in pride of place in the home of Wan Khair-il, along with his other works like Redza Piyadasa’s Two Malay Women silkscreen collage-series based on Indonesian-born artist Jan Frank Niemantsverdriet’s Wanita Sulawesi in the Agung Rai Museum in Bali.

In many ways, Malaysian Art Friends 2: Selected Works From 10 Collectors exhibition is bound to surprise art enthusiasts with its roll-call of gems from these private collections.