And this year, he’s done just that. Kedai Fixi, his labour of love, opened last week in the Jaya Shopping Centre in Petaling Jaya.

Amir, however, reveals he once had far loftier ambitions for this shop. 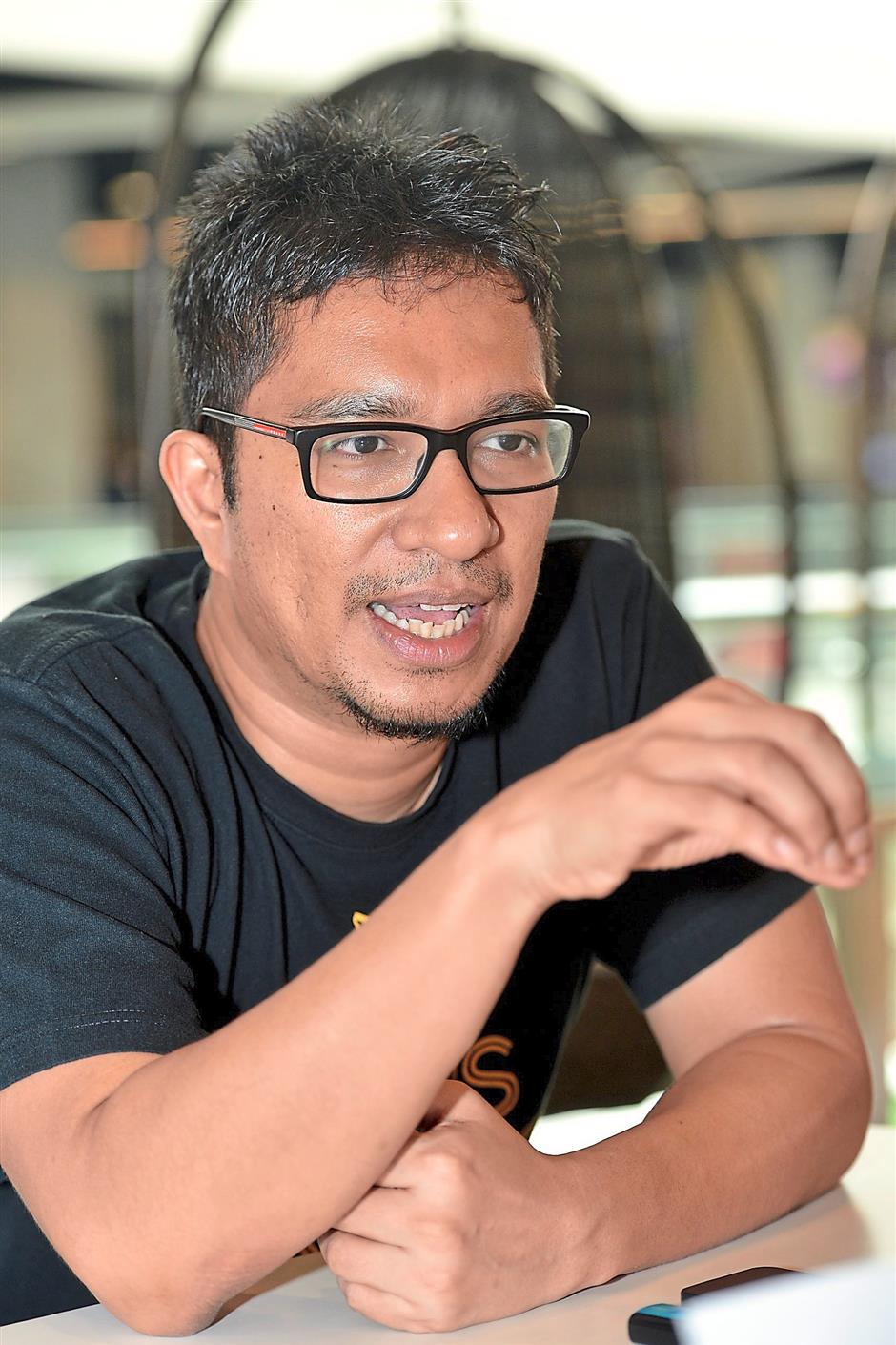 Amir Muhammad is realising a long-held dream with Kedai Fixi.

“For now, though, this is a practical first step. There’s a danger for a lot of people that are not very business-minded. They spend your money on a place they’d like to hang out in. Well, this is not a place for you to hang out. You come in, spend your money, and get out!” he laughs.

While Amir’s three-in-one fun centre may sadly still be a dream, book lovers can rejoice in the opening of Kedai Fixi, which will be stocked with titles from Buku Fixi, and its imprints Fixi Novo (English-language Malaysian books), Fixi Mono (non-fiction), Fixi Retro (reprints of old Malay-language classics), and Fixi Verso (Malay translations of current international bestsellers).

“We had more and more titles, and it felt like it would be good to have as many titles as we had, under one roof,” Amir says. “Because you can’t completely rely on other bookstores. Their priority is to sell their most popular things, and their shelf space is limited. And I think there are more things we can do with our own place.”

The bookstore opened its doors on April 9 and Amir held a launch event on April 11, with Ridhwan Saidi, Mim Jamil, and Anuar Shah, the authors of Buku Fixi titles Brazil, Lari, and Pentas, respectively.

The store is the latest milestone for Buku Fixi, which was established in 2011. Not bad for a company that apparently began with the small ambition of filling one niche in the local publishing industry.

As the story goes, Amir was first inspired to start Buku Fixi after noticing that the Malay-language fiction nominees in a local book awards ceremony all had “rindu”, “kasih” or “cinta” in their titles. In a Star2 interview about his new business in 2011 ("Foray into fiction", June 14), Amir shared that he had been told that market leaders in Malay language publishing were romance novels. “I am not going to be quoted as saying that they’re bad or anything, but I just want something slightly different. Because a lot of these books seem to be targeted at young Malay women – but what about the rest of the population?” A place for Amir’s books: All of Fixi’s varied output is available at its first bricks-and-mortar store. Photo: AZHAR MAHFOF/The Star

“Demand has been getting better every year,” Amir says. “Eventually it will peak one of these days. Hopefully not this year! But it means we will have to diversify. We have to keep trying new things.”

And with the opening of Kedai Fixi, he is certainly doing that.

Yet, with the economy not doing particularly well of late, it may seem like an uncertain time to go into any business, particularly one as unpredictable as books.

After all, it’s not as if Malaysia teems with independent bookstores; while there are several established ones – notably Silverfish Books in the Klang Valley and Gerakbudaya Bookshop and Areca Books in Penang – most are passion projects, uncommon due to competition from the major bookstore chains.

But Amir maintains he is ready for this new venture.

Asked what challenges he expects to face, he replies, “getting people to come”.

Amir says he started planning Kedai Fixi last year, with his greatest challenge being finding a suitable location. He eventually settled on the current premises after being approached by the management of the newly rebuilt and opened Jaya Shopping Centre.

“I felt it was appropriate. I felt it had a crowd that would grow. And it was also because of some nostalgia: I have some memories of coming to this building last time, before it was revamped. So it’s simultaneously old and new, which I like,” he says.

Appropriately for a bookstore selling adult contemporary books, Amir says he wanted to give the store an “urban industrial” look, with plenty of wood and steel in the décor.

The space can stock about 1,000 books, and will sell the 92 titles Buku Fixi and its imprints have published so far, excepting the ones out of print.

Apart from Fixi books, Amir says Kedai Fixi will also be selling titles from other indie publishers, such as Lejen Press, Selut Press, Dubook Press, Terfaktab Media, Maple Comics, and Moka Mocha Ink. It will not sell stationery, he adds, but will occasionally stock other types of merchandise, such as T-shirts.

Asked about expansion plans, Amir reveals that he has received offers from one or two malls, but will see how things go with this store before proceeding.

He hopes people will find excitement when they visit the store.

“That’s why people go to bookstores, right?” Amir laughs. “If they come and find out about writers they don’t know, or writing they don’t know about, that’s a bonus.”