Which books flew off the shelves in the 1990s?

Social alienation and problems fitting in were issues authors with their finger on the decade’s pulse wrote about in books like Chuck Palahniuk’s existentialist Fight Club; Trainspotting, Irvine Welsh’s bleak, funny take on drug addiction in Scotland; and Bret Easton Ellis’s portrayals of “depraved yuppies” (as the New York Times put it) in works like American Psycho.

And, of course, the Internet also arrived (in the mid-1990s on these shores). The World Wide Web had much to do not only with expanding literary tastes but also putting books in people’s hands through the granddaddy of bookselling websites, Amazon.com.

Then there was Oprah Winfrey and her (for a while) hugely influential book club. Winfrey was still only a mini media mogul when she set up the club in 1996 as an offshoot of her popular TV talk show, The Oprah Winfrey Show, and helped launch authors like Wally Lamb, whose debut novel, She’s Come Undone, became a global bestseller.

When it comes to popular fiction, the 1990s can pretty much be divided into BP and AP – Before Potter and After Potter. The series by J.K. Rowling became the rock star of the book world, with young people queuing up overnight to get their hands on the books – they’d previously reserved this sort of enthusiasm for concert tickets or the latest tech. The series is (still) praised for getting a generation of young people reading and for making young adult (YA) fiction a market that publishers began paying (a lot) more attention to.

Not that YA fic hadn’t been around before the 1990s: Louisa May Alcott’s 19th century-published Little Women is what we would deem YA fic nowadays; Maureen Daly’s Seventeenth Summer, released in 1942, is considered to be the first American book written and published explicitly for teenagers; and there were those popular Judy Blume books in the 1970s.

But the boy wizard galvanised the publishing world like no other when his first book came out in 1997, and now, in the United States at least, 16- to 29-year-olds are the largest group checking out books from their local libraries, according to a 2013 Pew survey quoted in cnn.com.

The following are some of the literary titles that made people sit up and take notice during the 1990s (in alphabetical order):

American Psycho by Bret Easton Ellis (1991): According to a 1991 New York Times article, when this came out, Ellis received death threats saying he should be killed in the many inventive ways his narrator uses to despatch his victims. By day, Patrick Bateman is an affluent, urbane Wall Street whizz kid; by night, he is either a man with a taste for vividly imagined murders or someone who actually commits horrific acts by night. While critics of the time generally took the book to task for being so graphically violent, Ellis says in that New York Times article that “Bateman’s actions, and especially his reactions to what he does, symbolise, at least to me, how desensitized our culture has become toward violence”. 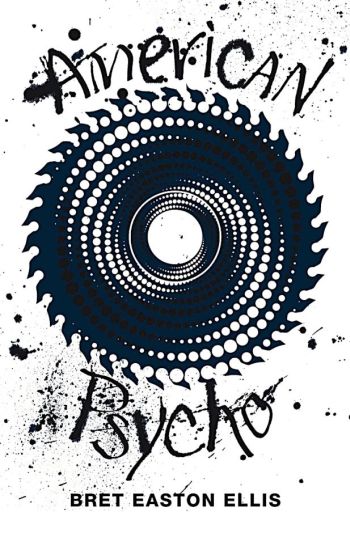 Fight Club by Chuck Palahniuk (1996): Should we be talking about Fight Club? The oft quoted famous line from it is, of course, “The first rule of Fight Club is that you do not talk about Fight Club”. The informal network of clubs arise after the unnamed, insomnia-plagued narrator finds relief in fighting other men. Egged on by new friend Tyler Durden, the narrator rebels against his consumerist, office drone life, quitting his job and embracing the violence wholeheartedly. But, threatened by Tyler’s anarchic plans to destabilise the whole country, the narrator is forced into a deliciously schizophrenic showdown on top of a building. 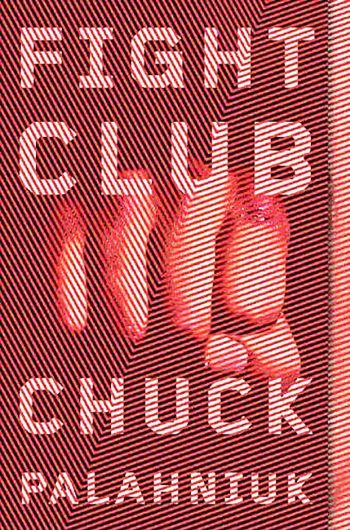 Generation X: Tales For An Accelerated Culture by Douglas Coupland (1991): The Canadian author is credited with popularising the terms Generation X (to describe the generation that grew into young adulthood in the 1990s) and, to a lesser degree, McJob (describing low-paying, dead-end employment). His social satire follows three Gen X-ers as they quit their jobs and move to the Californian desert to “find” themselves. 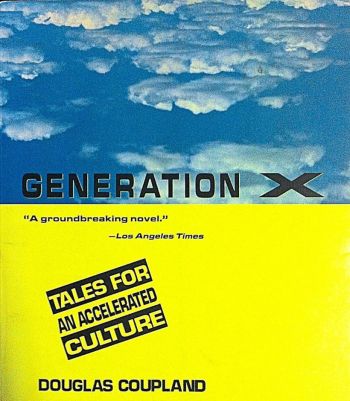 High Fidelity by Nick Hornby (1995): The British author puts together the soundtrack of the 1990s in this book that is obsessed with music. Arcane details about pop music accompany the journey of Hornby’s narrator, the 30somethings Rob, struggling with growing up and establishing adult relationships. 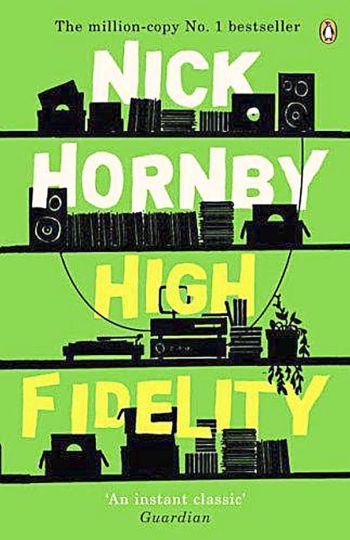 Infinite Jest by David Foster Wallace (1996): Compared to James Joyce’s famously indigestible Ulysses, Wallace’s book is almost impossible to summarise (as most reviewers at the time said). Its Wikipedia entry says that the work takes place “in a semi-satiric future version of North America, centring on a junior tennis academy and a nearby substance-abuse recovery centre”. The simple overview is that it is a darkly comic, extremely inventive, ironic takedown of America’s culture of consumerism. And then there are the footnotes: the heavyweight – at more than 1kg – book is famously full of footnotes that can’t be ignored. 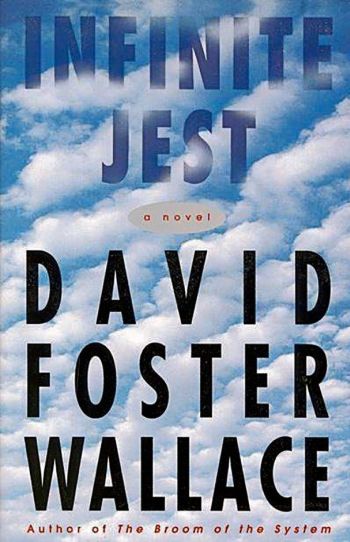 The Perks Of Being A Wallflower by Stephen Chbosky (1999): An influential coming-of-age book for young adults, Perks is “narrated” by freshman Charlie through letters that he uses as a means of dealing with the suicide of his best friend, as well as entering his freshman year during which he has his first date, first kiss, first experiments with drugs and drinking as well as a breakdown that puts him in hospital. 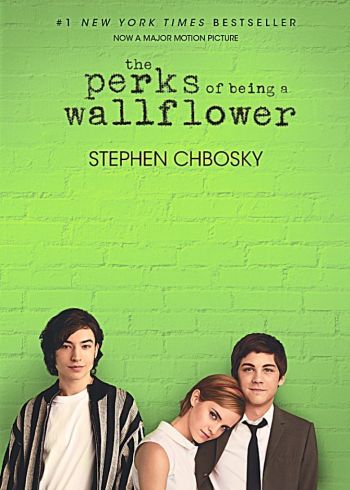 The Virgin Suicides by Jeffrey Eugenides (1993): This title appears on almost every list of 1990s books you can find on the Internet (even Cosmo’s!). The haunting tale of the suicide of five teenaged sisters was turned into a Sofia Coppola film starring Kirsten Dunst in 1999. While Eugenides’ debut novel seems superficially like an examination of these sensational deaths, it is actually a broad exploration of love, loss, adolescence, and memory that is startlingly perceptive and deeply universal. 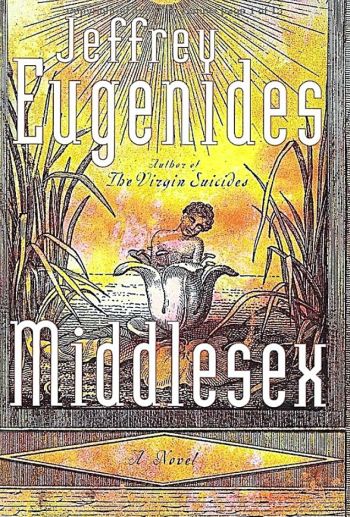 Trainspotting by Irvine Welsh (1993): Another debut that created waves upon its release, Trainspotting paints an irreverent and uncompromising portrait of Edinburgh heroin subculture. Narratives weave around different characters – users, pushers, and hooligans, generally – capturing the lives of young men who choose to drop out of “polite society” in their search for chemical joy. 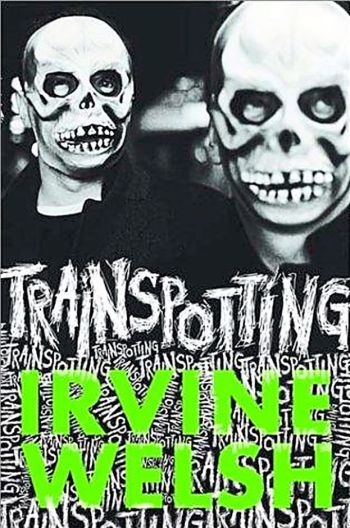 Underworld by Don DeLillo (1997): DeLillo’s 11th novel was widely heralded as a masterpiece upon its release, and went on to become his most acclaimed novel to date, achieving mainstream success and earning nominations. DeLillo’s examination of Cold War history through non-linear narrative and intertwining themes and lives, has been described as “post-paranoid”. 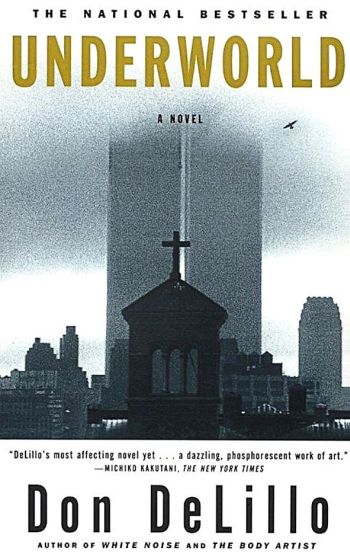