Review: Grit: The Power Of Passion And Perseverance

In Grit: The Power of Passion and Perseverance, Angela Duckworth uses the West Point miltary academy as an example of how grit and how it affects perseverence. Photo: AFP

Former British Prime Minister David Cameron often said that his government was one that would best serve those who “want to work hard and get on” in life.

For a time in British politics, there existed the rather unpalatable and divisive phrase, “strivers and skivers”, used in an insidious attempt to draw a line between those who wanted to contribute to society and those who were supposedly less so inclined.

But if hard work and perseverance are traits that invariably lead to success, many in the poorest regions of, say, Africa would surely be living lives of purpose, meaning, and relative abundance. This, of course, is far from being the case.

And so we arrive at Angela Duckworth’s notion that grit – the ability to immerse yourself in your goals and persevere through the setbacks – is the single trait that can transform our lives in the most meaningful ways if only we can keep going.

Two equations given by Duckworth point to her belief that it’s not so much what you have that counts but what you do with it. Talent × effort = skill. Skill × effort = achievement. The message presented by the author, illustrated by these equations, is that effort counts twice as much as talent.

Throughout the book, Duckworth delves into a number of examples of high achievers who, thanks to their capacity for grit, were able to make a success of their lives, and in some cases, against the odds. 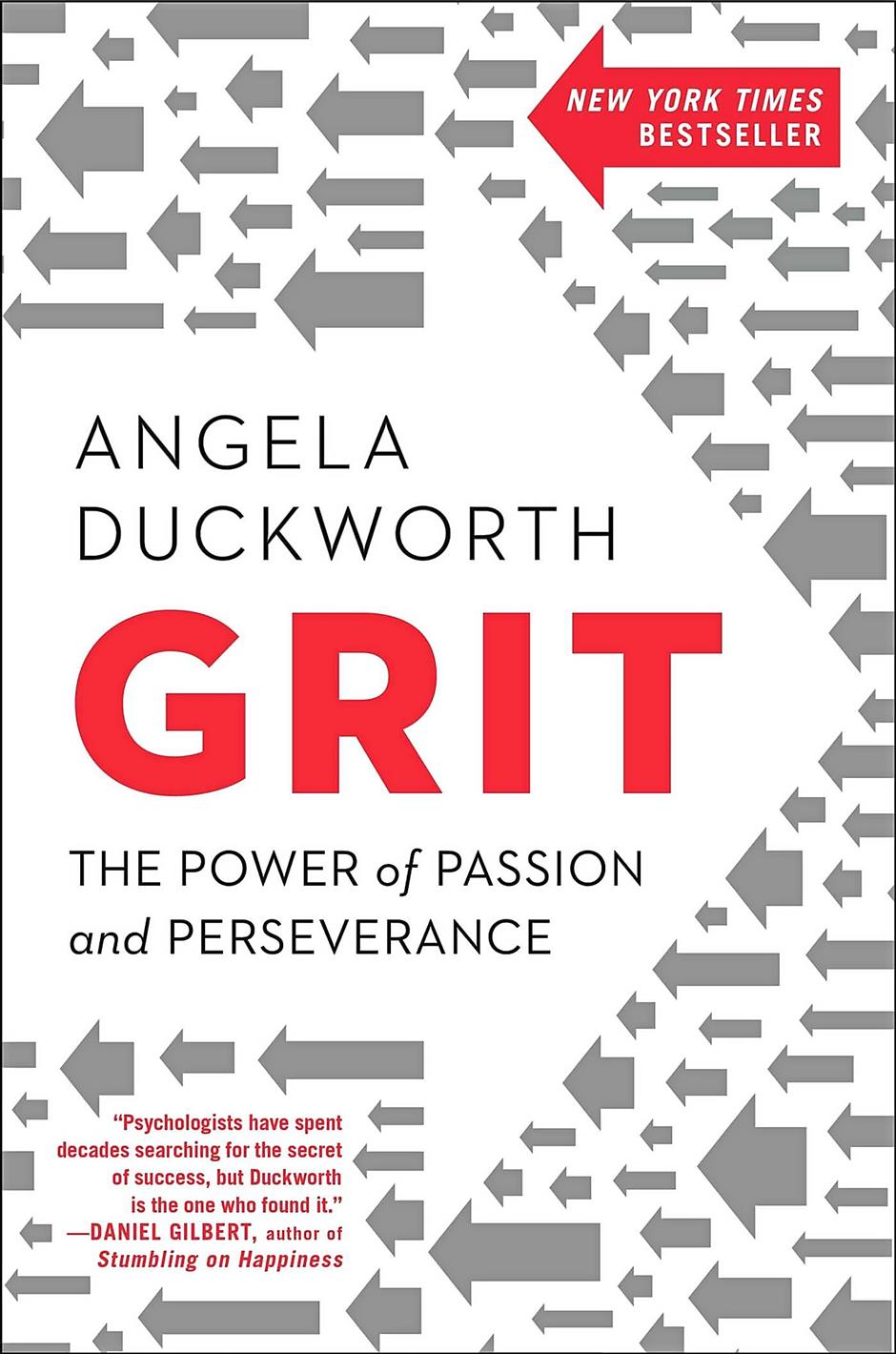 She begins by exploring the make-up of those who make the grade at West Point Academy, America’s prestigious military school. Each year, West Point receives around 14,000 applications from hopefuls looking to secure a place in it. This list is then whittled down to 4,000 who obtain the required nomination and, of these, around 2,500 will meet the rigorous standards required to enrol. Eventually, 1,200 applicants will be enrolled – and one in five will drop out before graduation. What is it that makes some stick, while others quit?

This sets the tone of a book littered with examples of gritty people such as Duckworth’s colleague Scott Barry Kaufman, a “slow learner” as a child, who went on to become a recognised academic in his field. She also examines the determination of John Irving – author of The World According To Garp – who, as a student, struggled with dyslexia and earned a C- in secondary school English, and is now celebrated as one of the most “masterful and prolific writers in history”.

Inspiring stories aside – and they are inspiring – it’s difficult to avoid wondering whether grit truly is the single most effective trait when it comes to achievement, or a booster trait that’s useful in conjunction with other factors. For example, of those who enrol at West Point, over 80% are male and over two-thirds are white. Considering where you have to start from to even think of applying to the academy, it’s highly doubtful that those who end up dropping out risk falling on hard times.

The problem with defining success is that there are so many variables to consider. Environment, upbringing, timing, resources, opportunity, luck ... the list goes on. And sure, grit is likely a significant factor – you can’t be a success or world-class expert by flitting from one interest to another, it takes passion, commitment and dogged determination. But it does help if you happen to have the right sort of circumstances in which grit can work its magic. Of course, there will be always be rags-to-riches exceptions to the rule, but even those exceptions will have encountered a timely combination of conducive factors at some point along the road to success.

Duckworth’s research has, unsurprisingly, brought her prominent recognition and acclaim, and her insights into what it means to be gritty have even inspired education policies that place an emphasis on developing the grit within children. But sadly, as with many promising ideas, her work has been jumped on as a potential panacea for social ills when instead it should be the social issues themselves that are addressed if countries truly want their children to flourish.

On a positive note, Duckworth’s book is one that can offer a valuable pick-me-up to those of us who are fortunate to be able to put effort towards discovering our purpose and working to achieve it. Forty pages in, I was hooked and I find that her ideas are applicable to my own situation (I score 3.5 on her “Grit Scale”, which means I’m grittier than around 40% Americans – much work remains to be done, obviously!).

Duckworth’s book certainly makes for a valuable evening’s reading if you’re looking to galvanise your grit. However, half-way through, I began to feel like I was reading the same message over and over again; which isn’t necessarily a bad thing – we humans need constant reminders of what’s good for us – but it does begin to feel like you’re reading veneer pop-psychology the further into the book you go.

Grit: The Power Of Passion And Perseverance

Review: Grit: The Power Of Passion And Perseverance