The menu alone is comparable to a Bollywood blockbuster movie. Packed with 200 Indian specialities produced by a stellar culinary cast with Mumbai-born chef Primjit Namdeo Khaire in the lead role, Kohinoor is the restaurant if you want to savour the cuisines of India.

“Kohinoor means ‘mountain of light’. It’s also the name of the largest diamond ever to be found in India. Legend has it that whoever owns this 105-carat gemstone will rule the world. But Kohinoor the restaurant is content just to reign supreme in the local food scene,” says outlet manager, Elias De Almeida with a twinkle in his eye. 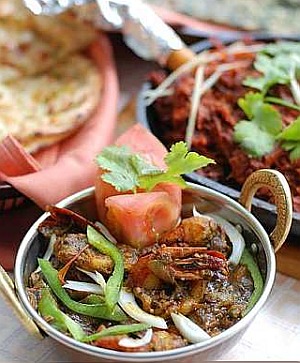 Nestled within the imposing Capital Square building, the outlet appears surprisingly austere — save for the rows of modern dining chairs upholstered in bright orange. Perhaps it is a deliberate attempt to ensure that diners’ attention remains focused on the food. Curtain-raisers such as Dhai Gujiya (a piquant northern Indian snack of chickpeas, potato and Indian crackers laced with mildly sweet yoghurt sauce and mint chutney, RM8) and Tikki Hariyali (tasty grilled cutlets of cottage cheese, spinach and mint, RM8) give you a scintillating preview of what’s to come.

Sure enough, the plot soon thickens with the sizzling Murgh Nawabi (RM28) — a hot plate of boneless chicken with mace and one of the 19 varieties of tandoori available. 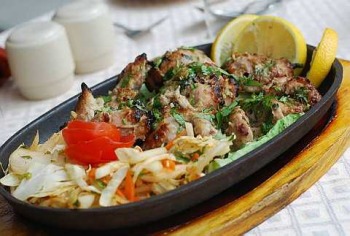 “The chicken is first marinated in yoghurt, cottage cheese, cashew paste, white pepper and other spices for about six to eight hours. That’s why you get such intense flavours in every bite,” says Chef Primjit. A yogurt and mint dip also complements this delicacy.

The great Indian love affair with beans and pulses is evident from the numerous dhal dishes available. Elias points out that each town and region has its own distinct versions, so no two dhal dishes ever taste the same. For instance, the Dhal Makhani and Maah Ki Dhal are prepared Punjabi-style but both have different textures and flavours.

After hearing Elias wax lyrical about Kohinoor’s signature speciality — Raan E-Mastaan (RM50), I half-expect the service team to break out into a song-and-dance when the dish finally makes its grand entrance. Served in a sizzling skillet, the generous mound of shredded lamb is enough to feed at least three people. 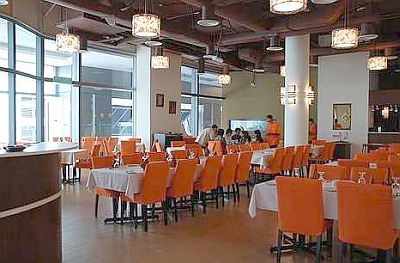 The interior of Kohinoor.

Chef Primjit reveals that the lamb is first broiled in a spice mixture before it is roasted in a traditional clay oven. “The meat is subsequently shredded to facilitate easy eating while the skillet keeps it warm for a longer period.”

Personally, I think that by maintaining the dish’s warmth, the lamb’s natural gamey aroma and accent is less discernible.

If you are averse to lamb, the Murgh Patiala (RM24) — an omelette roll stuffed with minced chicken, aromatic spices and dried fruits in delicious, mildly spiced gravy is recommended. The other option is Jingga Kadhai (RM30) which consists of prawns cooked in a kadhai (wok) with onion, ginger, capsicum, tomatoes and ground spices.

Just like an entertaining movie filled with unexpected twists and turns, our epic feast uncovers some Indian delicacies like Machli Methis Hariyali (fish dices simmered in a curried sauce redolent with coriander, fenugreek and spinach, RM26) and Paneer Lazzathadar (homemade cottage cheese in onion marsala and tomato-based curry, RM20), which are complemented by Makhani Naan (tandoor-baked, flaky white bread with sesame seeds) and Missi Masala Roti (a fluffy bread made from three types of flour and Bengal gram).

By the time, Zeelani Khuska (Basmati rice cooked with minced lamb and mint, RM26) and Masala Bhat (an irresistible rice dish with green chillies, onion, curry leaves and tomato, RM14) arrive, we can only manage a mouthful or two.

Now every moviegoer loves a happy ending. At Kohinoor, desserts like Badam Pista Nu Janum (poached milk balls with pistachios and almonds in cardamom-flavoured syrup, RM10) and Gajerela (grated carrot in a milk and cardamom reduction and assorted nuts, RM12) are the perfect wrap-up for this delicious tale.