All for the love of a dog

By Unable To Find Her Favourite Breed Locally and A Sheepdog Enthusiast Takes To Bringing In A Puppy From Abroad. 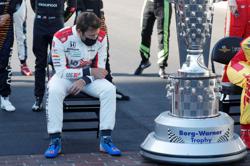 Love at first sight. Yes, it sounds cheesy but it happened to me while on holiday.

While visiting my mother in Kunming, southwest China, I fell in love with a most adorable Old English Sheepdog at a Pet and Plant bazaar.

His dark eyes contrasted against the white fur of his fluffy head – that little furball with white “socks” was irresistible.

He was alert and lively without being hyperactive, had solid colour markings and all the desirable traits of his breed. As I held him in my arms, he seemed to take to me too, judging by how frequently he kept licking my face.

After some discussion with the breeder, my mother decided to get the pup as a birthday present for me.

But how were we going to get him back to Malaysia? Would the paperwork required be as much as bringing in a foreign spouse?

As soon as we reached home, I began to scour the Internet to find out what was needed to bring the pup back to Malaysia.

The Department of Veterinary Services’ website (agrolink.moa.my/jph) clearly spelt out what was required to obtain the import licence: vaccination records and RM5 application fee.

Thankfully, my good friend and dog lover, Keith Yew, kindly offered to take all the documents I e-mailed him to the Department of Veterinary Services (DVS) state office in Shah Alam on my behalf.

It was also fortunate that the breeder’s husband worked in the Yunnan Province Exit/Entry Inspection and Quarantine Bureau, so she was familiar with the procedures and knew the location of the agency.

The dog’s vaccination records and Malaysian import licence were submitted along with my passport and flight ticket. After the dog was examined, an animal health certificate was issued, declaring him free from disease. We were also given an exit inspection report.

Now we had to find a way to transport the dog. Malaysia Airlines, referred us to an agent to help clear the dog through Chinese customs.

Everything seemed set and I looked forward to the Sunday when the dog, Marco, and I would fly out.

Suddenly, the agent called at 2.30pm on Friday saying it would take longer than anticipated to process the papers and he could only leave on Wednesday!

My mother was livid – there was no way she could care for the pup as she was receiving relatives the same time I was due to leave. With a quick prayer and after many frantic calls to MAS and the agent, a “loophole” was found.

By declaring the dog was a pet and not for any commercial purposes, we could bypass the new regulation.

On the day of our departure, Marco was placed in his carrier which was then strapped down. We felt bad having to subject such a young puppy to flying in the cargo hold but there wasn’t any other option. We had refused to transport him by land via Thailand as that would have meant undergoing quarantine in two countries.

Upon arrival at the Kuala Lumpur International Airport, I was told that my dog would be brought up to the baggage area by elevator. After waiting over an hour, I was told that Marco had been sent to the MAS cargo area and would need an agent to clear him through customs.

A kind quarantine officer gave me the contact number of Dr Sockalingam, a retired veterinarian whom she said had helped in many such cases.

Dr Sockalingam took me to see Marco, who had been placed in his quarantine area. After playing with him a while, I left him for the night with half a bag of dog food and a few toys.

Apart from Dr Socka’s handling fee, I had to pay an initial veterinary inspection fee of RM50 (doubled because it was a Sunday), RM50 for the MAS Animal Hotel (a highly unfair charge since the dog had been sent there without my consent and was probably there for less than half an hour) and RM65 for electronic documentation. I had also paid 672 yuan (RM303) to fly Marco from Kunming.

During the week of Marco’s quarantine, I made daily trips to visit him before going to work.

At the “rumah anjing” area, dogs are rotated between two enclosures – each a 40m indoor area and a covered outdoor area of a similar size. There is a strip of land around these enclosures where a quarantined dog can be let out to run around.

The first two days were heart-wrenching as I found my little puppy surrounded by flies and faeces. He had refused to eat the first day, too.

Each time he heard my voice, he squealed and issued such a high-pitched cry that I was overcome with guilt. The quarantine conditions were such a radical change from his surroundings in China. At the beginning of each visit, I had to cuddle Marco until he stopped whining.

Although the enclosures are cleaned once a day, I often found it necessary to clean them during my visits.

Each visit was preceded with signing in at the quarantine station office and picking up a visitor tag. The employees who clean the area and feed the dogs were helpful and gave me their contact numbers so that I could call them to unlock the main gate when I arrived for my visit.

Leaving after each visit was tough as Marco would give me such a sad look.

On the seventh day of Marco’s quarantine, I reached Sepang much earlier than usual. Marco was allowed to leave after serving the minimum quarantine period. Inspection reports by veterinary officers indicated that he was active, eating regularly and not displaying any signs of illness, so no laboratory tests would be done.

After paying RM72 for a week’s quarantine charges and getting his quarantine certificate, I went to rescue Marco from “pet prison”.

As if on cue, Marco started to squeal when he heard me approaching. However, that day, getting to Marco was quite a challenge. One of the rottweilers had managed to break down the fenced door of his enclosure and was on the loose.

The employee on duty was too afraid to go in. I insisted on going in to rescue my dog. Armed with a bowl of dog food, I moved slowly and tried to get the rottweiler into an enclosure. The fully-grown dog followed me but as soon as he got near the fenced door, he bolted.

So I had to take my chances. I walked over to Marco’s pen, picked him up in one arm, grabbed his carrier in another and walked to the main gate. When I reached the gate, I sensed the rottweiler behind me and stopped moving.

He began to sniff Marco but thankfully, didn’t harm us. I managed to slip out. And after a 45-minute ride, during which he was stroked and reassured non-stop, Marco reached his new home safely. English lessons began immediately. I’ve also had to learn some baby talk in Mandarin to communicate with him. But overall, he’s settled in.

Bringing in a puppy from abroad can be almost as difficult as bringing in a foreign spouse.

However, I have found out that a pet in its carrier can be checked in as excess baggage. That way, the procedure is simplified significantly as the animal is sent to the baggage area upon arrival, and then goes directly to the quarantine station for a minimum of seven days after inspection by an animal quarantine officer at the airport.

If the animal originates from Singapore, Britain, Ireland, Australia, New Zealand, Japan or Brunei, it does not have to be quarantined if it meets DVS regulations.

However, despite the significant cost and effort it took to bring Marco into Malaysia, it was well worth it as he brings me such joy. His presence completes my home. 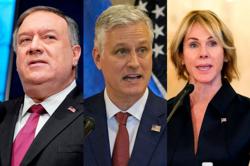