As a collector, Ahmad Zaharul Annuar will hunt high and low for a prized toy, and one of his best resources is the Internet. His latest acquisition was an exclusive 12-inch Cylon figurine from the Battlestar Galactica series.

“I have other Cylons, but this one is special,” says the 39-year-old managing director of a media company.

His best find ever was a vintage 1997 Star Wars Early Bird Set, which he picked up from eBay US. “Internet penetration in Malaysia is still low, at about 20%. As one of the 20%, you have the edge over the other 80%,” he grins.

Can’t find a vintage Christian Dior dress, Victoria Secret underwear or a limited edition Kid Robot toy? Don’t fret. With the Internet, geographical boundaries are done away with. Armed with basic computer skills, a credit card and patience, you could have the thing you desire sent to your doorstep within a week or two.

Kaleon Rahan, a 32-year-old freelance writer, sources the Internet for comic books. “I search for comics that hold some nostalgia for me. It is not always about the price or its exclusiveness,” he says.

Holding up a plastic-covered 1978 Superman vs. Spiderman, he says, “This was the first time they ever met. When I saw this copy on a comic book website, I just had to buy it.”

In a 2004 AC Nielsen survey on Internet usage among 8,000 Malaysians (mostly young, educated urbanites), a little over half the respondents said they would use online banking services but only 20% had bought online in the last 12 months.

The current numbers are still small, but to eBay International it still smells like a pie coming out of the oven. At the launch of eBay Malaysia in December 2004, senior vice-president Bill Cobb said e-commerce in Malaysia was expected to grow to US$3bil from US$1.1bil over the next three years (it was RM537bil in the US in 2004).

Lawyer Thiam Wan Yin has been buying from eBay US for the last four years, mostly art and jewellery. She’s scours eBay for semi-precious stones and beads, which she works into jewellery pieces.

The 38-year-old thinks the Internet has vast potential, especially now that credit card security has improved, but people will still have reservations. “There are people who buy groceries online but there will always still be those who’d want to feel and look at the orange before buying it,” she adds.

Richard Tan, the director of lelong.com.my, thinks that selling online should be a natural extension of any business. He set up his online auction site in 1999, initially concentrating on gadgets like personal computers and mobile phones. Today, lelong.com trades in anything from electronics and clothes to home-ware and DVDs.

According to Tan, the website gets 650,000 visitors and up to 15 million hits a month. “Our growth has been progressive, doubling, in fact, year to year,” he says.

One of the main reasons for the growth is the advent of broadband – surfers no longer twiddle their thumbs waiting for web pages to load. According to Malaysian Communications and Multimedia Commission statistics, the number of broadband subscribers grew from 19,302 in 2002 to 110,406 in 2003. The number is expected to reach 1.5 million by 2008.

The proliferation of online services from banks to government websites has helped too. But one of the biggest drivers in converting sceptics to online shoppers is the travel industry. In a survey by MarketShare, Malaysians lead their ASEAN counterparts (yes, even Singaporeans) in online travel purchases.

Discount carrier AirAsia started by offering its lowest airfares online to encourage customers to log on. Travellers took the bait, and online bookings now represent 56% of their business. An AC Nielson survey says that AirAsia takes a sizable chunk of the cyber shopping pie.

“Sales on the Internet caught on very quickly. We forecasted Internet sales of about 8% for the first year, but in actual fact it was over 20%,” says Lau Kin Choy, AirAsia’s regional director of information technology.

Cynthia Gomez, a 35-year-old lawyer, finally took the plunge into online shopping with AirAsia’s offers. “I feel it’s reasonable to be worried – look at the number of credit card clone cases in the country. But the tickets were too cheap to refuse.”

For designer James Teoh, 32, the Internet represents stress-free shopping. “I don’t have to go out and look for a small shop in Sungei Wang. I can sit down and accumulate stuff just by surfing,” says Teoh, whose last purchases were a pair of portable speakers and “a stupid Japanese toy”.

Sometimes, the Internet is the shopping avenue of last resort. Student Johan Putra Shufian, 24, amassed his ice hockey equipment online. “I can’t find the stuff here, so I had to buy it from the Internet even though it was quite expensive,” he says.

Not everyone is enthusiastic about Internet shopping, though. Production assistant Desmond Tan, 22, shopped exclusively at eBay Australia when he was a student. But he has stopped buying online because of wage constraints and a lack of confidence in local transactions.

“Malaysians are known to sell damaged goods. If Malaysians can donate damaged clothes to tsunami victims, what else will they do, right?” he reasons.

His friend, Lee Mei Li, a 22-year-old copywriter, too has stopped shopping online because she hasn’t a credit card. “Besides, I’m past that stage now,” she says. 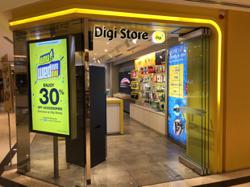