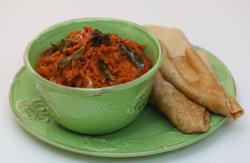 SOME cooks say if you slice off the leafy top of a pineapple and stand the cut end upside down for half an hour, you will end up with a sweeter fruit.

We are not sure if the kitchen team at Bouchon Enfin in Pavilion Kuala Lumpur has done this for the pineapple in their tarte tatin. But magic happens when this fruit is cooked. Caramelised in syrup and placed on a crusty puff pastry base, it releases a beautiful golden flavour across the tongue.

It is recommended for the tart to be eaten with a fresh sprig of rosemary so that the diner is able to experience a lemony aftertaste to break the spicy sweetness of star anise and cinnamon used to flavour the syrup.

The rest of the menu offers some delectable options.

For starters, there is pumpkin soup, accentuated with nyonya curry. Remember the popping sensation of “Pop Rocks”, a type of candy with pressurised carbon dioxide gas bubbles embedded in them? The effect of spices in the nyonya curry gives a similar sensation, albeit scaled down by half.

The charcuterie platter features an array of home-cured meats, sliced Scottish cheddar sticks, dehydrated fruit and acar from a family recipe that was passed down by the owner’s grandmother.

Another item of pride is guanciale, which is cured pork cheek, sliced so thinly that it is almost translucent. Laid on a plate, the layers of lean meat and white fat resembled white clouds rolling across a pink sky.

We were told that the more fat there is to the meat, the thinner the slices. This is to prevent an overly oily taste.

The pork sausage on the charcuterie board was hand-filled as the pork intestine casing was too fragile to withstand the pressure of a mechanical stuffer. But the kitchen team was willing to make this sacrifice so that the smoke could penetrate the casing, giving the sausage filling a distinctive smoky flavour.

This might also explain why the sausage, which was served with a sweet and sour kimchi mayonnaise, had an extra fragrant quality when fried. The natural casing, rendered to a slightly salty crunch, is partly responsible for this.

For mains, a braised pork belly, sporting thick layers of soft fat, stole the show. We loved the contrast between the squishy underlayers and bouncy upper skin in each and every piece. The rich, meaty gravy, with notes of smoked garlic, star anise and cinnamon, is best lapped up with toasted bread, which comes as a side with a french bean salad.

Instead of bread, we felt this dish would fare better with their claypot wild rice.

Unlike the commercial variety, wild rice has a nuttier and more herbaceous flavour which makes it stand out. Rumie and Salleh grains were used in this dish and resting on top were slices of guanciale. The dish wore a crown of sliced jade green spring onion leaves and sprinkles of pork lard.

The best bits can be found at the base of the claypot. Like toasted rice pops, they seemed to have drawn in all the flavours of the ingredients used in this dish. A spoon of gravy from the braised pork would work wonders

Another candidate that would work well with the rice is the spring chicken with Fuzhou red wine. Coming in a thick, brown stew, it was embellished with carrots, mushrooms and whole round shallots. Of note was the distinct aroma and colour from the red yeast rice wine. The browned bacon bits gave the dish a rich, smoky finish.

This French-Asian fusion-style diner also offers pork and beef burgers that come with a choice of sides. These include spam fries from their own garde manger, whipped potato, given an earthy taste with truffle and Lyonnaise potatoes cooked with lard.

Earlier, we mentioned that we had gotten dessert out of the way, but that was before we tasted the chocolate mousse and creme brulee.

The chocolate is made using single origin cacao beans. What made this interesting was the wonderful harmony of bitter, sour and spicy notes. Though subtle, it does not take much effort on the diner’s part to feel their presence.

The brulee, with its smooth, silky custard, sported a sugary shield which made a cracking sound when tapped with a spoon. Sprinkled with Sarawak pepper, they lent an orangey top note to the custard.

The restaurant comes under the Be Kind Group which manages Enfin, a fine dining entity and Enfin X, a food delivery service. It is founded by chef James Won and his business partner Scott Lim, who also runs a construction company.

During this second movement control order, there is a sandwich cart outside Bouchon Enfin offering free food to those in need.

As an added MCO initiative, the group will donate 10% of its sales to orphanages, refugee communities and homeless outreach programmes. 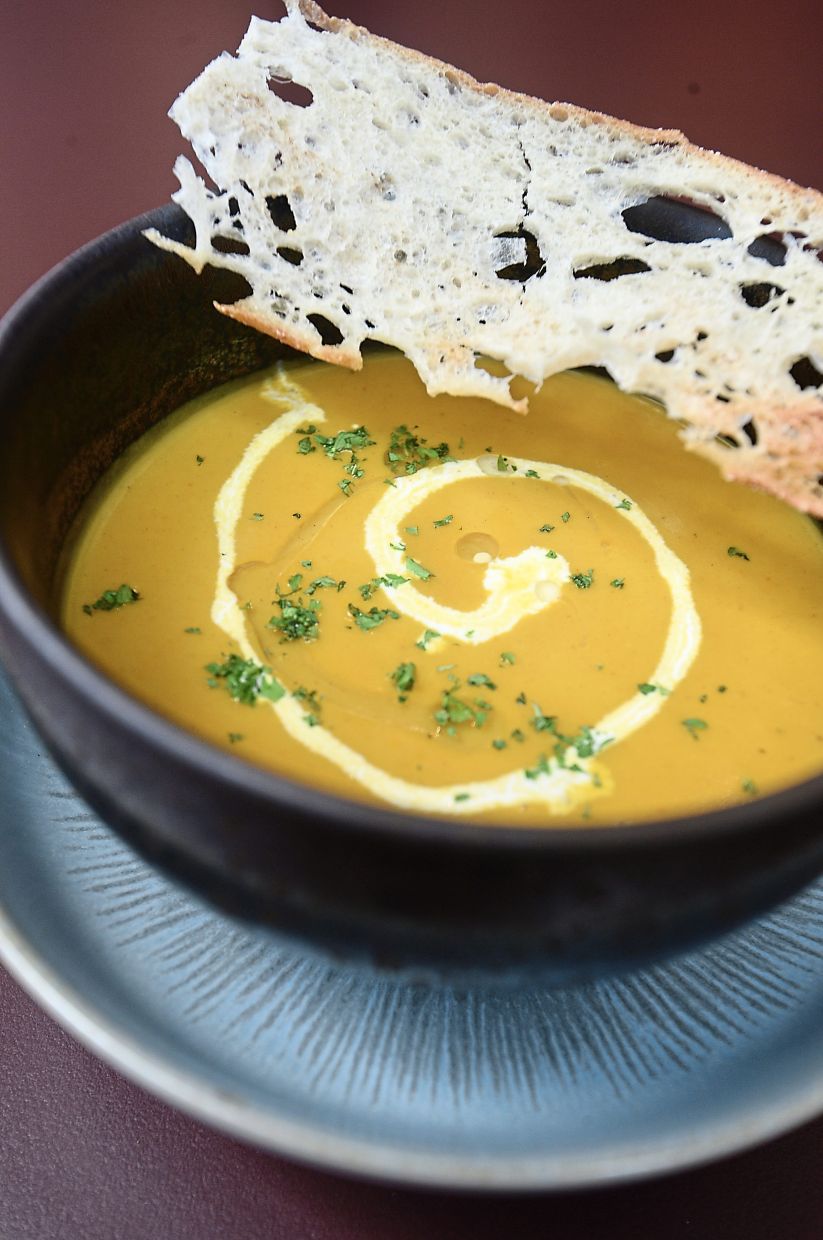 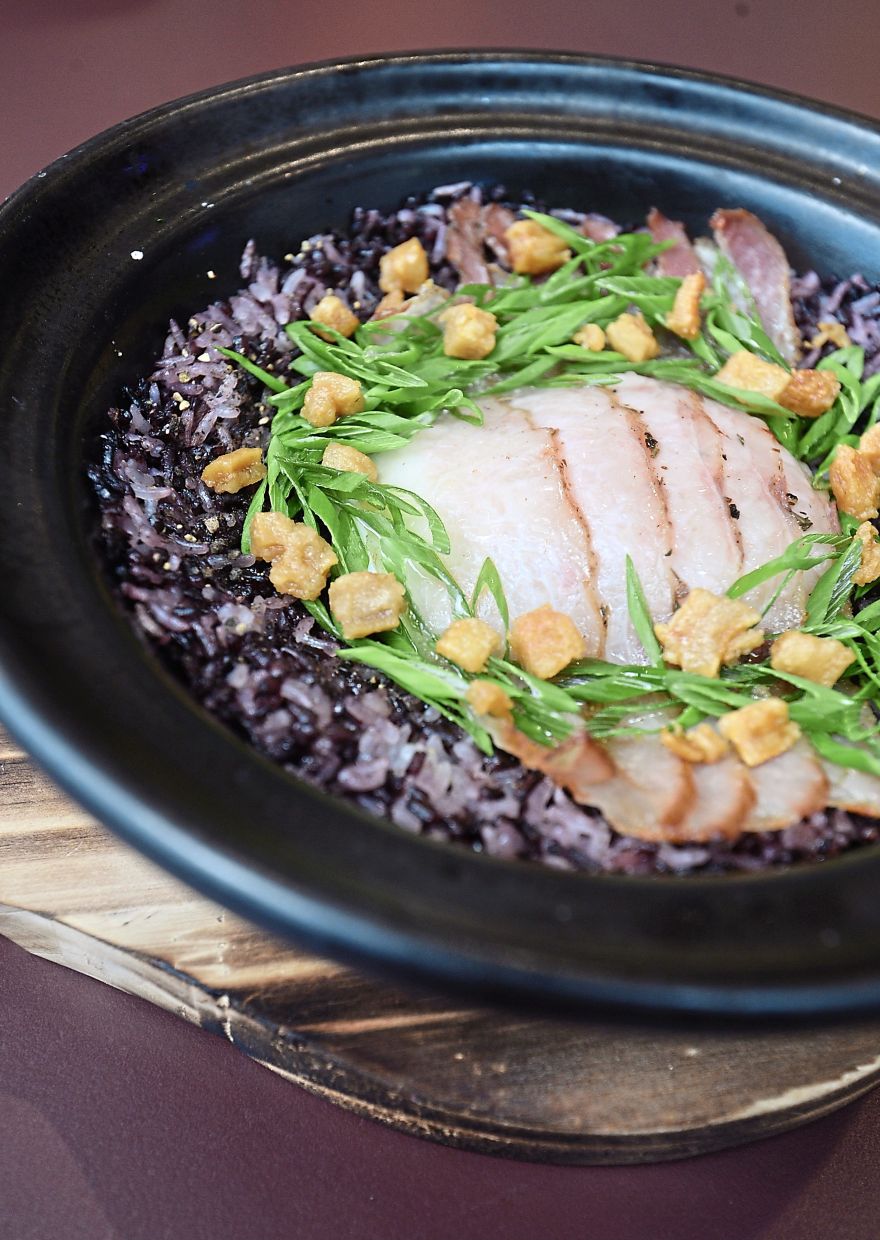 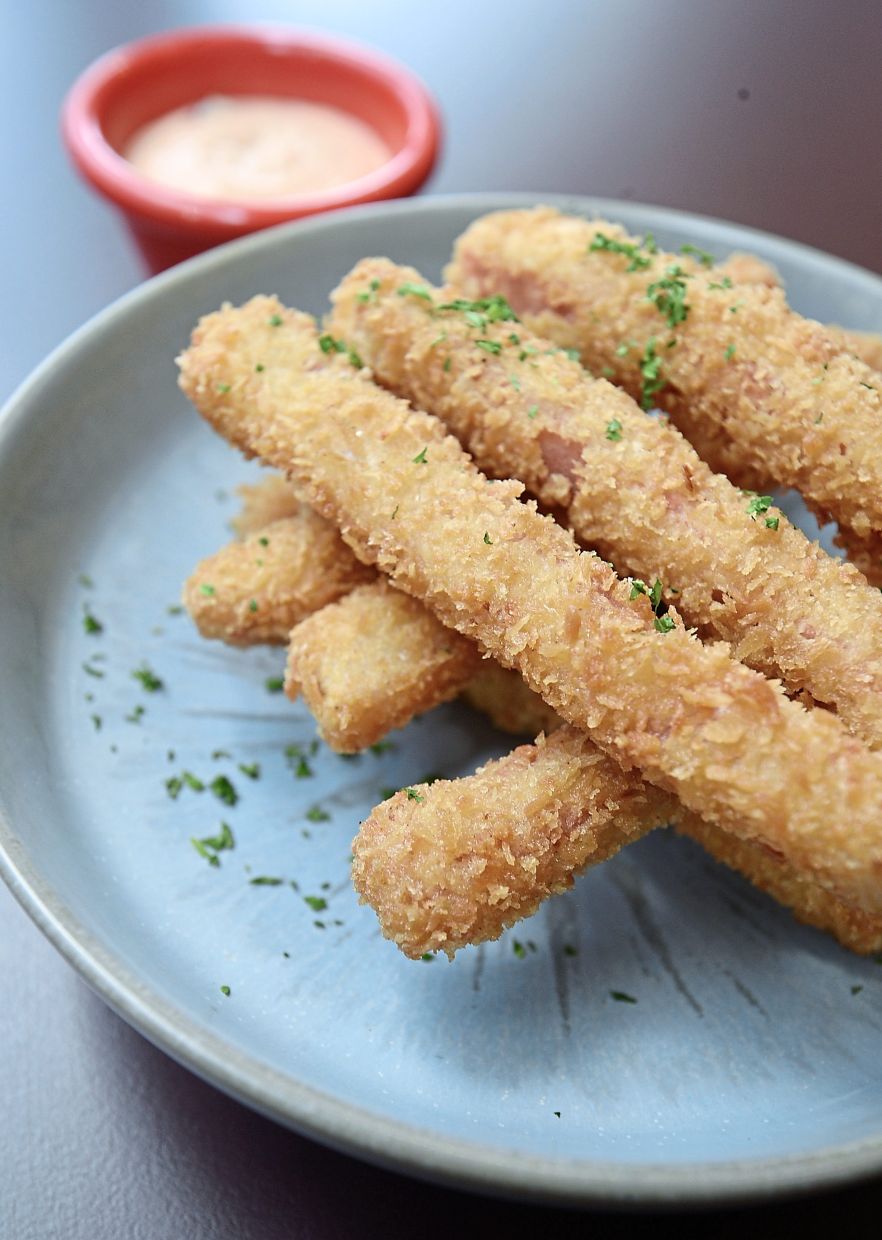 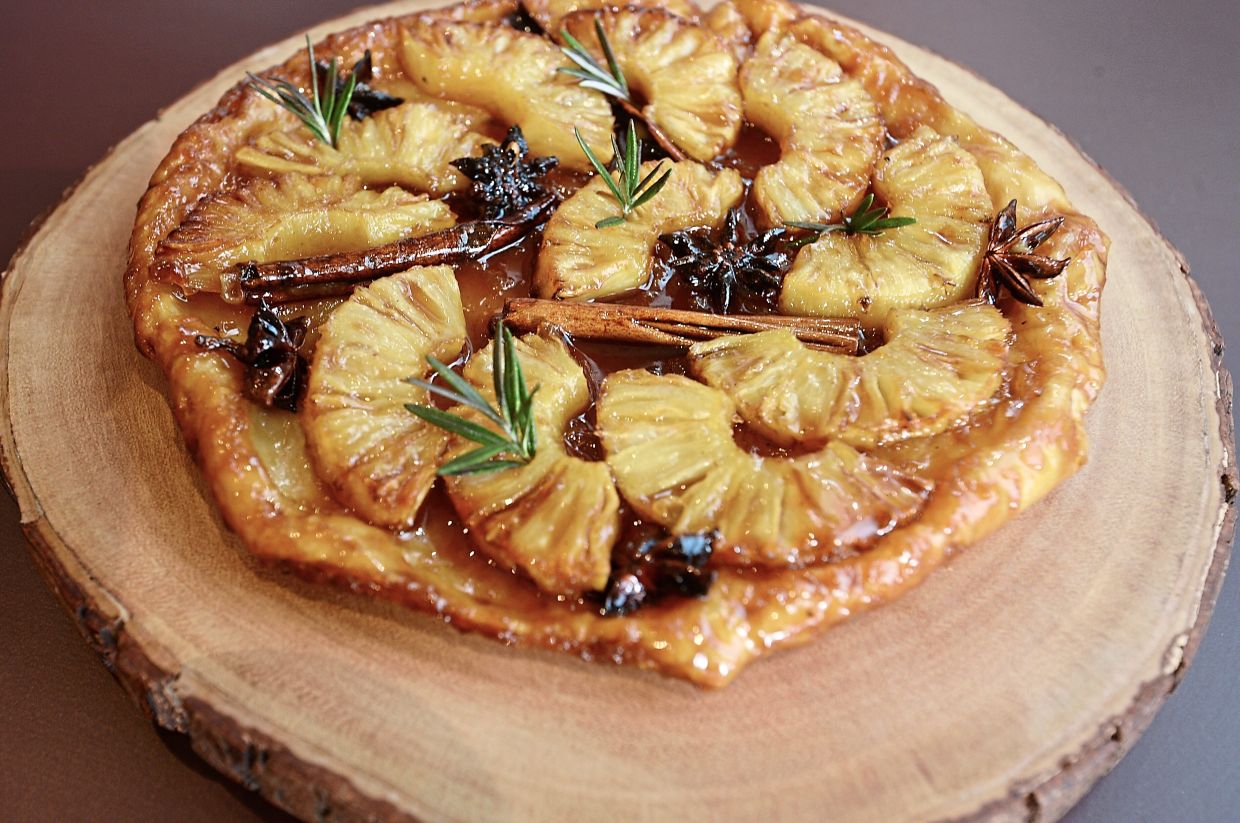 Wild rice with slices of guanciale, spring onion and sprinklings of lard.

Among the sides offered for their burgers are spam fries, from their own garde manger. 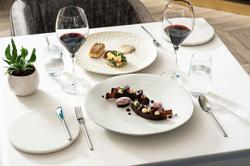