To obtain the daily required amount of vitamin B12, people need to consume 700g of chicken a day! — JAMES D KIRK/Flickr

Several months ago, I absently noticed an odd event at the large supermarket in the large town where I was shopping for food and supplies. At least, it was odd for me because it had not happened before in France: I had bought a full shopping trolley without any meat or meat-related products. And it has happened a few times since.

Also, for the last three shopping trips in Britain, I had bought meat only once, and that was because the second son insisted on my version of Hainan chicken.

In the greater scheme of things, these are unremarkable events, except that I know there will be consequences. Perhaps I am getting old and tired of supporting the relentless cruelty of the meat industry which keeps driving production costs lower each year while contaminating our meat with hormones and chemicals to increase profits.

To any sane person, this is clearly a production/consumption pattern which cannot end well eventually. Another consequence is eating less antimicrobial compounds in meat and thus increasing the chances of such drugs working if I ever need them.

Also, I do not need to worry about raw meat/blood spreading dangerous bacteria all over the kitchen.

One other consequence is not encouraging the pollution of our planet with greenhouse gases produced by farms and the wilful burning of forests in the quest for higher meat production.

Greenhouse gases are associated with global warming, and despite what anyone says, the facts are clear and simple:

1. The Earth is currently warming up and this trend is accelerating

2. The level of carbon dioxide (CO2) in the atmosphere is increasing and such increases have been geologically linked to warmer weather on Earth. Current levels of CO2 exceed 413 parts per million (ppm) in our air today, and this does not count the immense amounts of other warming gases produced by human industries such as farming and industrialisation. 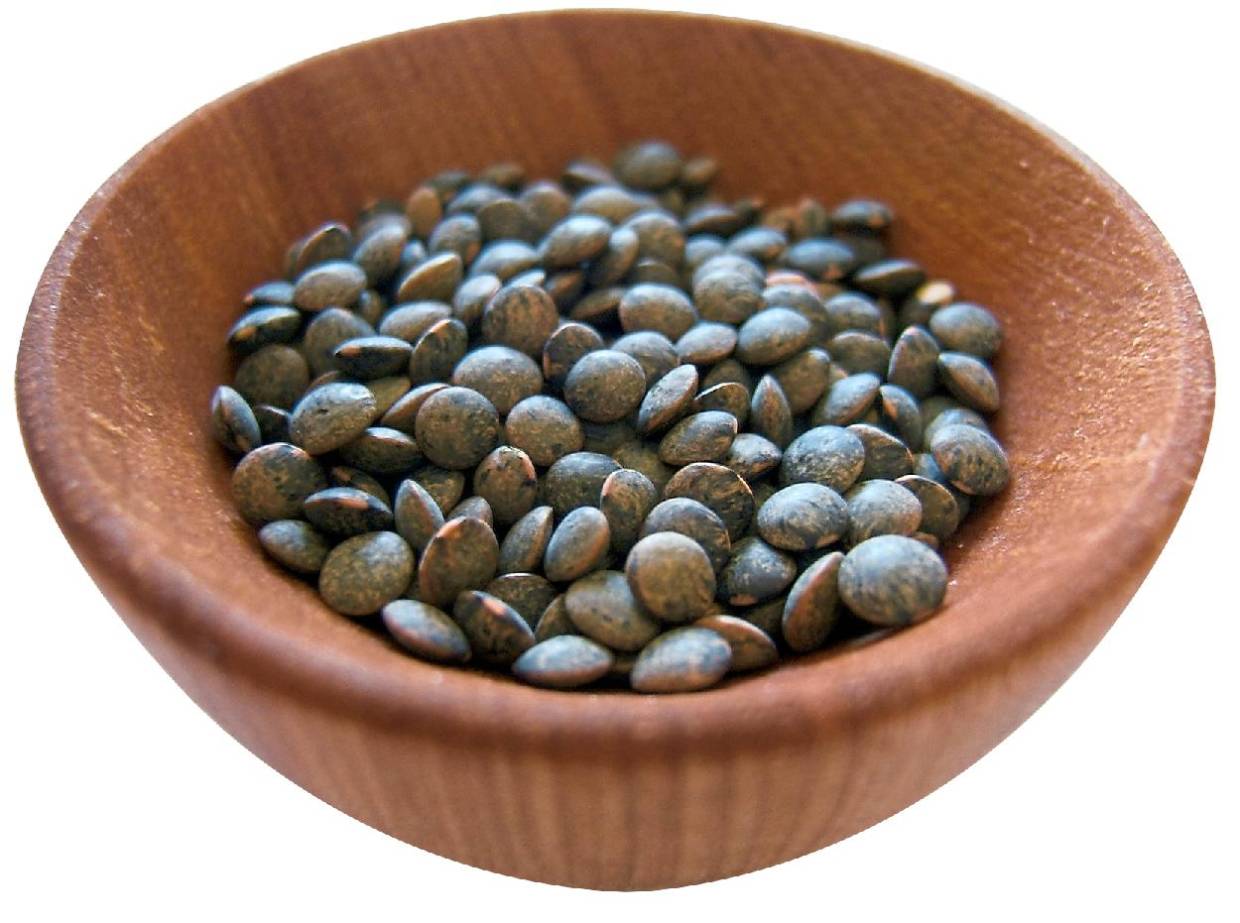 Plant-based foods like legumes can contain a lot of zinc. — WORDRIDDEN/Flickr

One thing I learnt when working in risk is that if you want to measure a risk event, then it is best to evaluate it when sensitivity to risk factors is most accurate.

In other words, if you want to measure rainfall to gauge levels of flooding, then measure the amount of rain, not estimate rainfall from the height of grass.

So while it is unanimous that Earth is warming up and sea levels have risen about 20cm within the last two centuries, it is also inaccurate to claim this is somehow a “natural” event, especially when climate denialists have no suggestions as to how the Earth will “naturally” recover from such events.

And one sensitive factor linked to Earth warming appears to be CO2. The geological record indicates CO2 may have been as high as 4,000 ppm in the past, and this had been associated with global temperatures 14°C higher than today and oceans 120m above current levels.

Although 413 ppm today sounds small by comparison, people tend to forget about methane, nitrous oxide, hydrofluorocarbons, perfluorocarbons and sulphur hexafluoride added by human farming/industrial activities – most of these chemicals did not exist in the past.

Taken as a whole, the impact may be equivalent to around 2,000 ppm of CO2 in our atmosphere. This could explain the current acceleration of the global warming trend.

And now, back to food. There is a recent annual event in January each year called Veganuary where people pledge to eat only vegan food for the month. For less adventurous folk, there is also Vegetarianuary where people can also eat dairy and eggs, but still no animal protein.

Personally, I would be more comfortable with Flexitarianuary, just in case I stumble along the way but as I am flexitarian all year anyway, for fun, I will attempt to be wholly vegetarian this month.

This sounds difficult, but in reality it is about the same effort as handling a sudden hot mug of coffee.

One learns to handle the initial hot vessel (and oddness of not having meat for sustained periods) and then it becomes pretty comfortable after a short while.

There are some considerations about eating vegan, which may also apply to vegetarian diets. The most common issues are to do with reduced amounts of nutrients such as vitamins A1, B12, D, calcium and zinc.

In particular, cobalamin (vitamin B12) and zinc are of interest as they tend to be somewhat absent in vegan diets.

Cobalamin is an interesting subject, mainly because the metabolism of every cell depends on this cobalt-based compound. It is also required for regulating the brain and central nervous system, creation and monitoring of DNA and formation of red blood cells. A deficiency manifests itself in many different ways, which may be neurological, physical or both.

A lack of cobalamin has been associated with anaemia, fuzziness when thinking, fatigue, nausea, dizzy spells and stomach complaints. Diagnosing cobalamin deficiency is not straightforward, and a prolonged shortfall can lead to anaemia and permanent damage to the nervous system and brain.

Although cobalamin is a water-based vitamin, it is produced by animal gut bacteria and the vitamin is absorbed and stored in the body of the animal. In January, an increasing number of people embark on a vegan or vegetarian diet, called Veganuary or Vegetarianuary. — LUCY FORREIA/Flickr

Hence, it is always bound with animal organs (especially the liver) and proteins and older people tend to absorb less cobalamin due to reduced digestive acid production in their stomachs; hydrochloric acid is needed to break down proteins.

The bound nature of cobalamin with animal proteins is a major issue with vegan diets. Normally, the types available in meat are methylcobalamin and 5-deoxyadenosylcobalamin and adults need around 2.5 micrograms a day to function effectively.

However, even people eating meat may not be ingesting enough cobalamin for their daily requirements. To obtain the required daily amount, one has to eat 700g of chicken or 350g of pork or four large eggs or 150g of beef.

The complicating issue with cobalamin is that some plants are claimed to have high levels of vitamin B12, primarily spirulina and some algae.

However, much of the vitamin B12 obtained from such sources is Pseudo-Vitamin B12 (P-VB12) which cannot be absorbed by the body. Some algae can contain cobalamin but they derive this from bacteria in the environment and thus the levels vary every harvest. It is very difficult to differentiate between cobalamin and P-VB12 because the chemical structures are almost identical. Hence, beware of “natural plant sources” of vitamin B12 as they are highly likely to be P-VB12.

Vitamin B12 supplements usually contain cyanocobalamin which the body converts into digestible methylcobalamin and 5-deoxyadenosylcobalamin. One cannot overdose on vitamin B12 so it is safe to over-ingest. The body can also store cobalamin for some time.

Curiously, bacteria in the human large intestine can also produce cobalamin, but it cannot be used as absorption of this molecule occurs earlier in the small intestine.

Plant foods can contain a lot of zinc, especially cereals and legumes. However, much of the zinc is not available because of the high levels of phytates (mostly phytic acid) in such food. This compound binds with zinc and render zinc indigestible, leaving little available for the body to process. Hence, meat would be a better source of digestible zinc than plants.

Adults need around 11mg of zinc a day, and once again, even meat eaters might find it difficult to ingest enough zinc as this requires eating over 1kg of chicken breast or 1kg of cheese or 325g of pork or 200g of beef.

Zinc has been linked to improved immune systems and is involved in the catalytic actions for around 100 enzymes used by the body.

Zinc cannot be stored by the body and needs to be replenished daily. Supplements are usually zinc gluconate, zinc sulfate, zinc acetate, zinc picolinate, zinc orotate or zinc citrate. There is not much data about which forms are more easily absorbed. However, everyone would benefit from an adequate amount of zinc daily, either via informed food choices or supplements if required.

The above are some thoughts as I consider a significant change to my diet, at least for a month, perhaps longer. To some, it might seem like hassle but it cannot be worse than being an accomplice to excessive animal cruelty and damaging the planet for future generations. Also, all the evidence suggests a healthy outcome for the body eventually.