Unfortunately, not all waste has similar economic value.

The dumping of chemical waste in Penang (specifically, Butterworth, Gelugor and Kampung Teluk Tempoyak, Batu Maung) in 1995 had the late Commisioner Datuk Seri Salleh Mat Som, the Federal Police Director for Internal Security and Public Order, up in arms. He said illegal dumping of sheduled waste, which includes chemical waste, was tantamount to manslaughter.

Scheduled waste is material with chemical substances that are toxic, non-degradable and bio-accumulative and is usually a by-product from industrial activities such as oil and gas refining and manufacturing. It also includes discarded medical products and products. 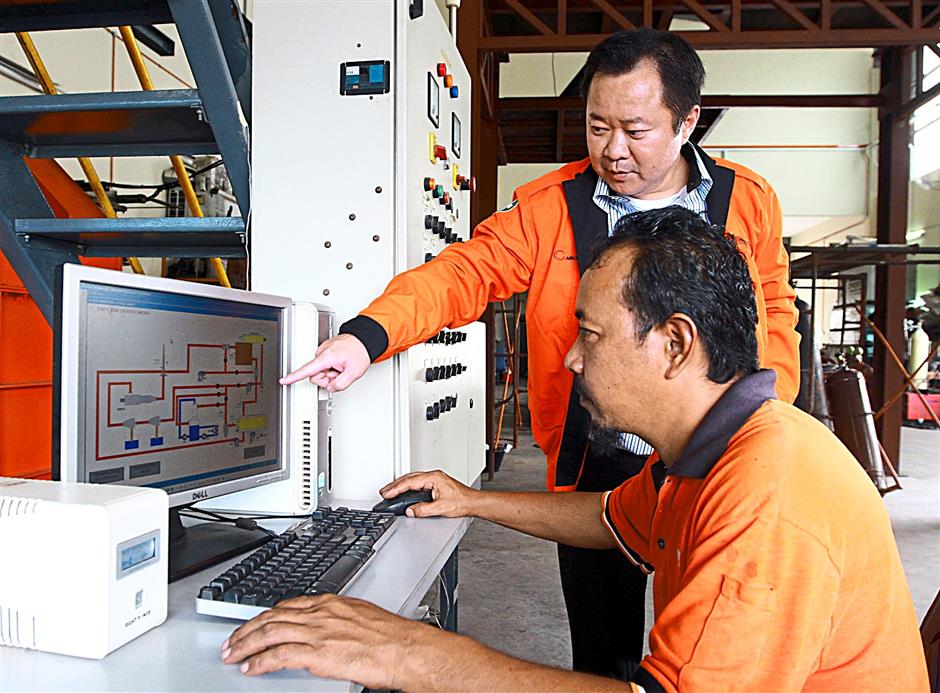 Joe Wong, managing director and co-founder of Nasmech Technology Sdn Bhd, says coming up with waste treatment system to deal with scheduled waste would helps to address the waste disposal, treatment, compliance and a host of other costs that these industries have to deal with.

Nasmech Technology, a provider of environmental engineering services and air pollution control systems, was founded in 2000. It expanded into the scheduled waste segment in 2005.

“The provision of air pollution control systems was lucrative because there weren’t many players back then. As the market matured, we decided to diversify to meet another market need,” Wong told Metrobiz.

The company developed the Carbonator, a system which used indirect heating to convert scheduled waste with organic properties into non-hazardous, stable and odourless granular carbon while segregating the non-organic residue to be sent for recycling. An industrial waste treatment plant which treats metal hydroxide sludge from a recycling/ recovery facility plant. Commissioned in 2010 in Selangor, the RM2mil plant have a capacity of treating eight tonnes per day.

Since 2005, the company has invested up to RM13mil to improve its waste treatment system.

The company also received grants from the Technofund under the Science, Technology and Innovation Ministry, and the Commercialisation of Research and Development Fund (CRDF) under the Malaysian Technology Development Corporation to help its R&D activities.

Wong said the early development required expertise in the fields of structural, mechanical, electrical and electronic engineering and the investments were used mainly for acquiring talent and equipment.

The former aeronautical engineering graduate who spent his early days designing air pollution control systems added that the company had to test the parameters ranging from the heat, pressure, and fuel, to the safety mechanisms needed and then devise a system for the processes to work.

A research plant with the capacity to treat half a tonne of waste a day, serves this purpose. 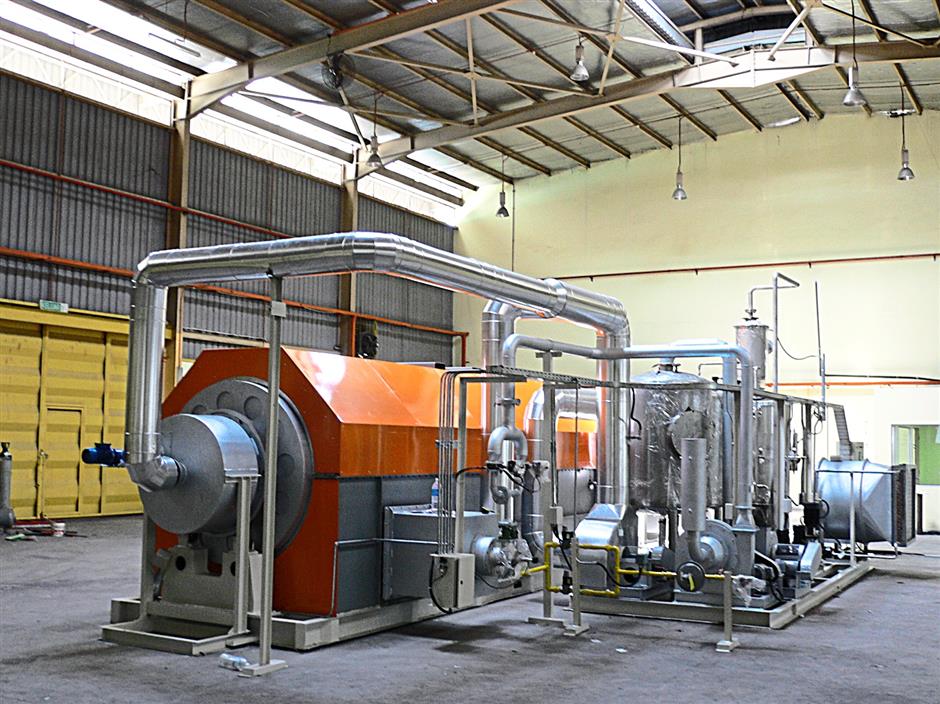 A RM1.5mil industrial waste treatment plant which treats biological waste sludge from a rubber glove plant in Perlis. The plant, which was commissioned in 2007 and has a capacity of 10 tonnes of sludge per day.

“This plant allows us to create a database for waste with various properties, from solid to flammable ,via the tests, hence enriching our insight in this matter,” he said.

This then led the company to devise a system that can also treat medical biohazard and domestic waste.

Through R&D, the company created the Carbonator system which uses indirect heating between 450°C to 550°C to heat the waste, removing up to 99.9% of the moisture in it.

A slightly positive pressure of between zero to 100 Pascal (similar to a puff of air from the mouth) moves the less poisonous fumes produced during the heating process to a deodoriser which neutralises dangerous compunds it is released through chimneys.

This is unlike incineration which uses direct heating and requires careful management of the poisonous fumes emitted from the process.

Wong said the company outsource most of the manufacturing of the parts to other local manufacturers, except the critical components which were manufactured in-house. A small percentage of the components were imported. 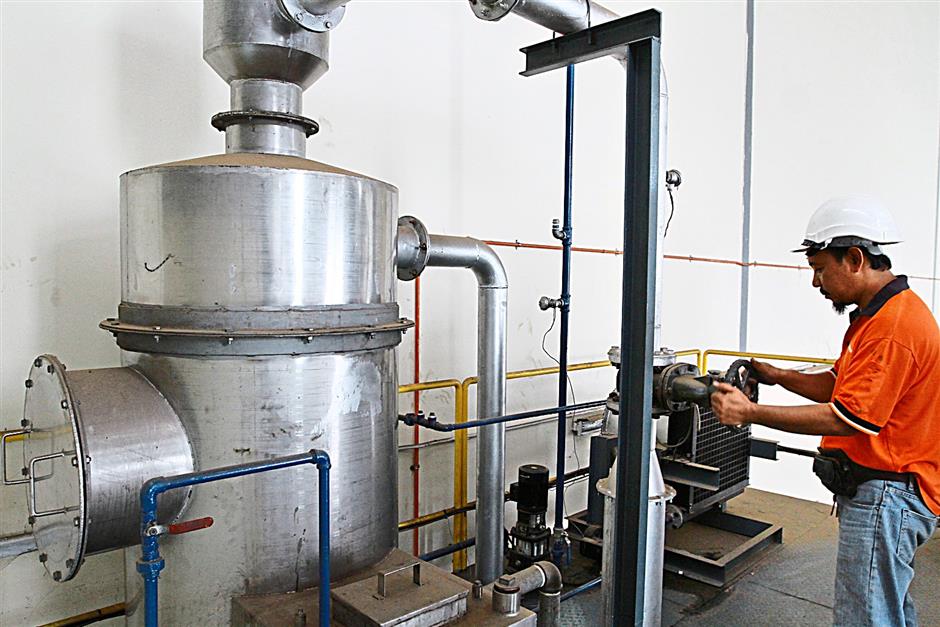 A technician adjusting the air flow control valve to tune the pressure in the pilot unit process drum of the Carbonator waste treatment system.

He says the company handles three to four projects a year with project values of between RM500,000 to RM6mil. Each project takes about six months to complete and about 25 projects have been completed to date.

The company has also filed eight patents in Malaysia and overseas for products and processes, which Wong says could serve as collateral to finance future expansion.

The company, which started in a 8,000 sq ft factory lot in Subang Jaya’s industrial area with 10 staff, has since expanded to their current 12,000 sq ft plant in Semenyih and a sales office in Seri Kembangan with 25 staff.

Moving on to the next phase, he said the company is looking at generating recurring income from the waste from the palm oil industry. The processed fruit bunch or palm kernel shell which can be processed to make green fuel or biomass charcoal. 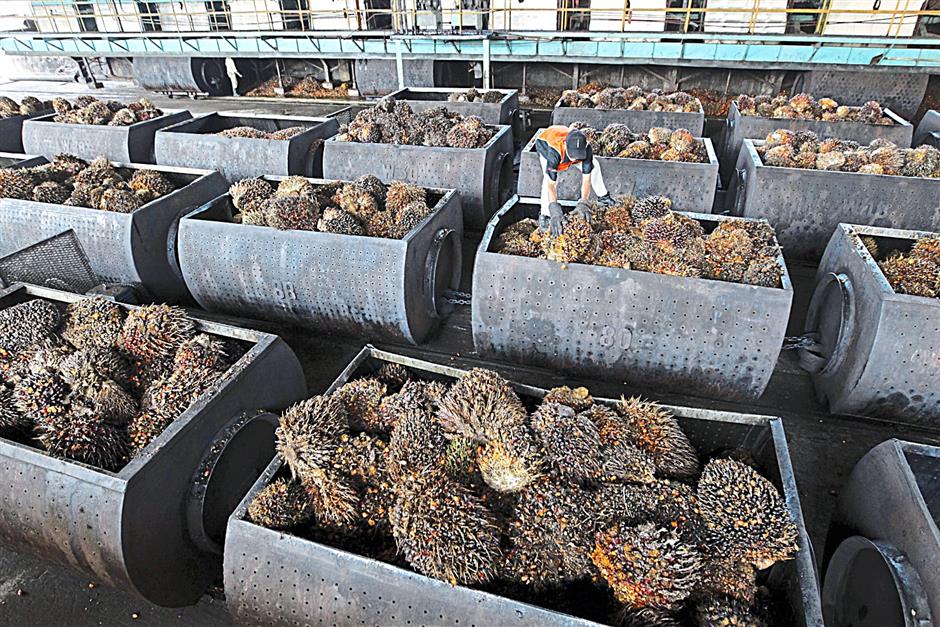 The company is looking at working on waste from the palm oil industry to generate recurring income.

DOE: No exclusive rights given to scheduled waste disposal 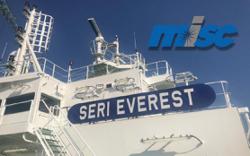