Ramadan brings out the best in more ways than one

EAGER shoppers who throng bazaars to prepare for the Aidilfitri celebrations are spurring the spirit of entrepreneurship in the month of Ramadan.

Despite the traffic, weather, and jostling crowds, shopkeepers are optimistic about meeting their sales targets.

For 21-year-old Muhammad Arif Dasrizal, Ramadan this year will forever be etched in his mind as the first time he tried his luck as a self-financed entrepreneur in the bustling bazaars of Jalan Masjid India and Jalan Tuanku Abdul Rahman, Kuala Lumpur.

Some two months ago, Arif and two of his siblings, invested RM50,000 in a line of Aladdin-style pants made of sarong material.

The inspiration came from a local celebrity who was then wearing a similar style of trousers. 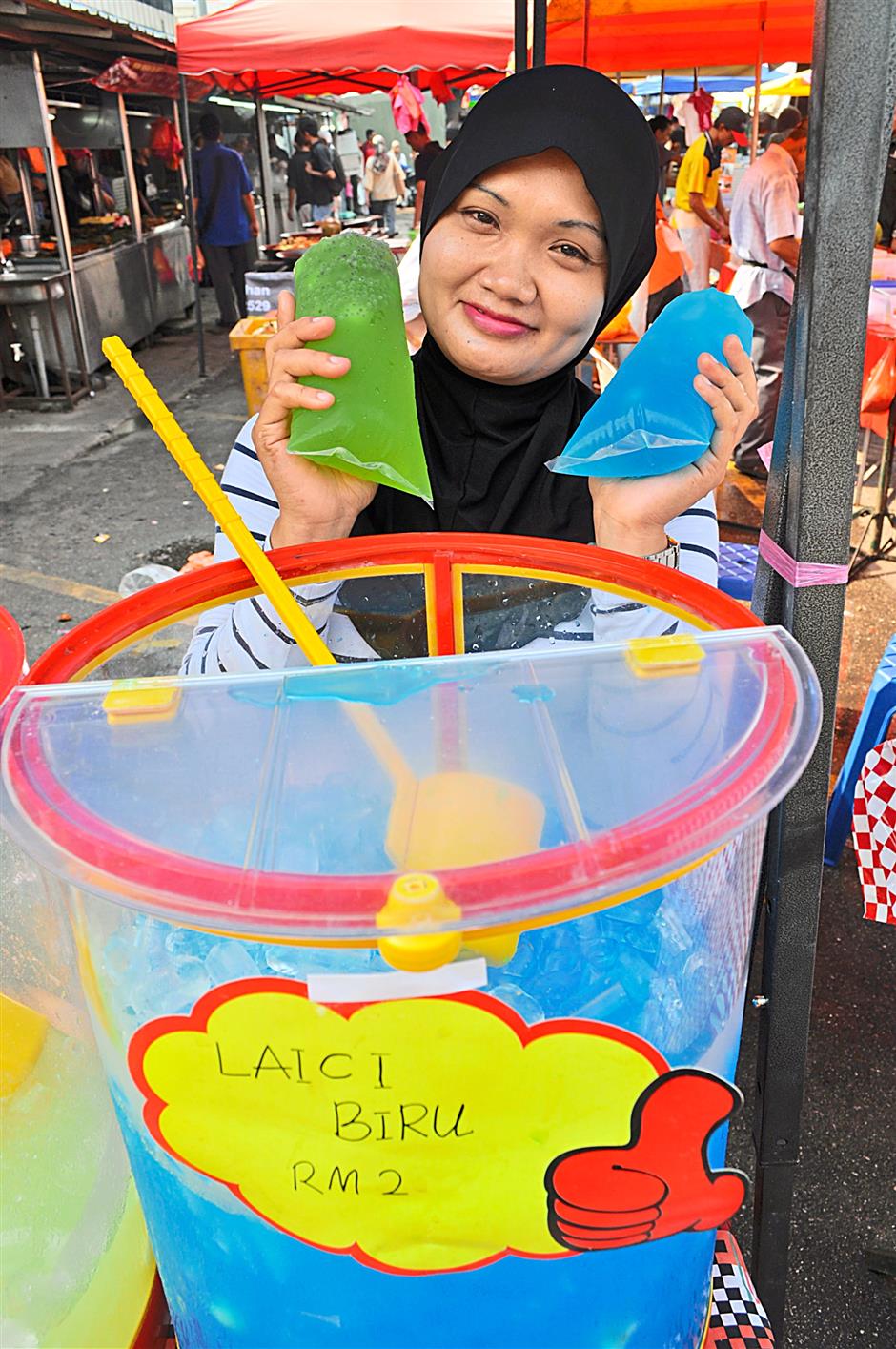 Catering to the thirsty. On normal days, a drink vendor may earn only RM500 a day.

“I started selling my own line of sarong pants in February this year before the trend kicked in. I promoted them by being my own model. Sometimes, I’d get my group of friends to wear them when we were out,” says Arif, who was then working full-time with a fast-food chain.

When the Ramadan season began, Arif decided to focus full-time on his venture after his uncle, Safrul Aulia Arif’s application to Kuala Lumpur City Hall for four lots at the bazaar was approved. Nevermind the heat or that he was having a fever, Arif reckoned he had found a prime location in the busiest Ramadan bazaar in the country.

“The move made sense because as a full-time employee, I was only earning RM1,800. But when I was helping my uncle, who was also trading in night markets around Ampang, Sentul, Selayang and Gombak, I could take home RM3,000 a month from sales commissions,” says Arif who has been helping his family, also night market and bazaar traders, since he was in Form 2.

From his past observations, rain and mid-month blues are the main causes for a downturn in sales.

“On those days, you’d be lucky to have 25 customers. However, during Ramadhan the numbers are doubled because of the high traffic. At its peak, you can have up to 150 customers in one day. This has cemented my confidence in meeting sales targets,” says Arif who has so far sold 50,000 pieces of his sarong pants since February for between RM50 to RM65 each.

The season also spells opportunity for Norlaila Mahbob, 25, who is minding her parents’ serunding, lemang and ketupat stall.

“We have a dream to put our serunding in supermarkets and to penetrate the export market to the Middle East, Singapore and Brunei. We have learned the technique and processes to make this happen.

“Now, what we need is capital. In all, we will require RM5mil to invest in the technology. This Ramadan, we hope our efforts will bring us closer to making this dream a reality,” says Norlaila.

The family business, Serunding Gombak, was started in 1982 and they now have a catering company that handles corporate events and government seminars. 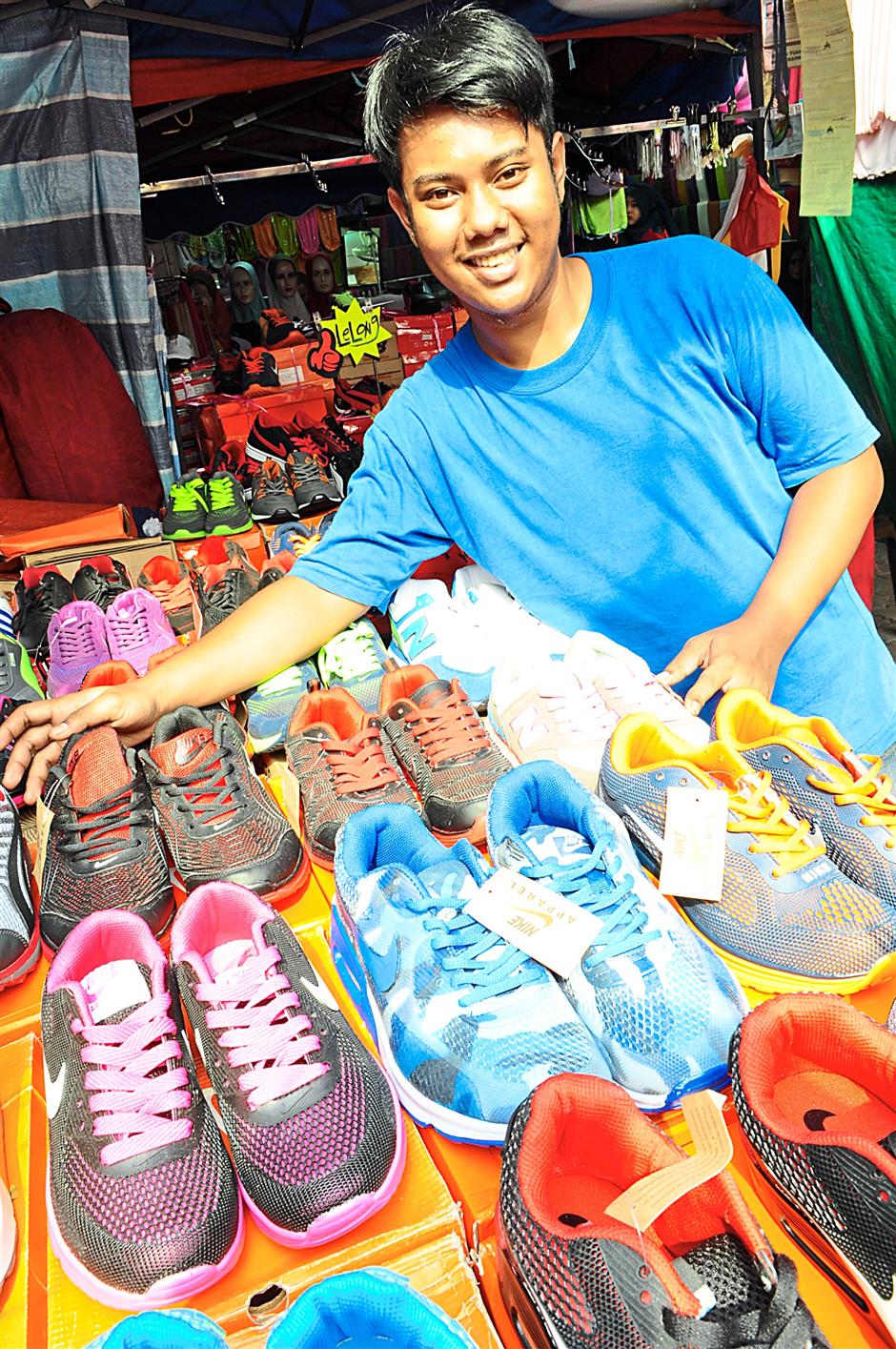 Drumming up good sales comes down to being honest, says Shairzul Hairee.

Norlaila and four other siblings have been roped in to man the 24-hour stall which has been moving up to 60kg of beef serunding per day. Sales are expected to double nearer to Hari Raya.

“We are not aiming for the high-end market. What we want is for everyone to enjoy our products and we are doing this by introducing a fair price of RM70 per kilo for our serunding.

“We can do this because we do not have the extra expense of transporting our products from Kelantan, for example. Our two central kitchens located in Rawang and Seri Gombak delivers the food fresh to the stall daily,” says Norlaila.

A measure of marketing savvy also helps. As part of the efforts to clear an inventory of 14,000 sets of baju Melayu ordered specially for the season, the owner of Sri Tanjung, a hijab fashion house, has roped in 13 of his best looking male relatives to man six lots located in different sections of the bazaar.

Cousins Ibrahim Hajad, 21 and Mohd Safar Abdul Rahim, 27, who are manning one of the stalls, say the choice of gender has nothing to do with any sort of bias.

“There is a lot of heavy lifting involved because we have to move stock in and out all the time. One thing about manning a stall during Ramadhan season, is the long hours. When the stall closes for a few hours in the wee hours of the morning, someone has to sleep inside to safeguard against theft.

“In fact, I myself lost a Samsung Grand 2 smartphone in broad daylight! So, when you factor in the physical work and the rough conditions, it is best left to the guys,” says Safar, detailing the challenges.

Nevertheless, the men, all related either by marriage or blood to the owner, affirm they can match the girls ringgit for ringgit in sales. 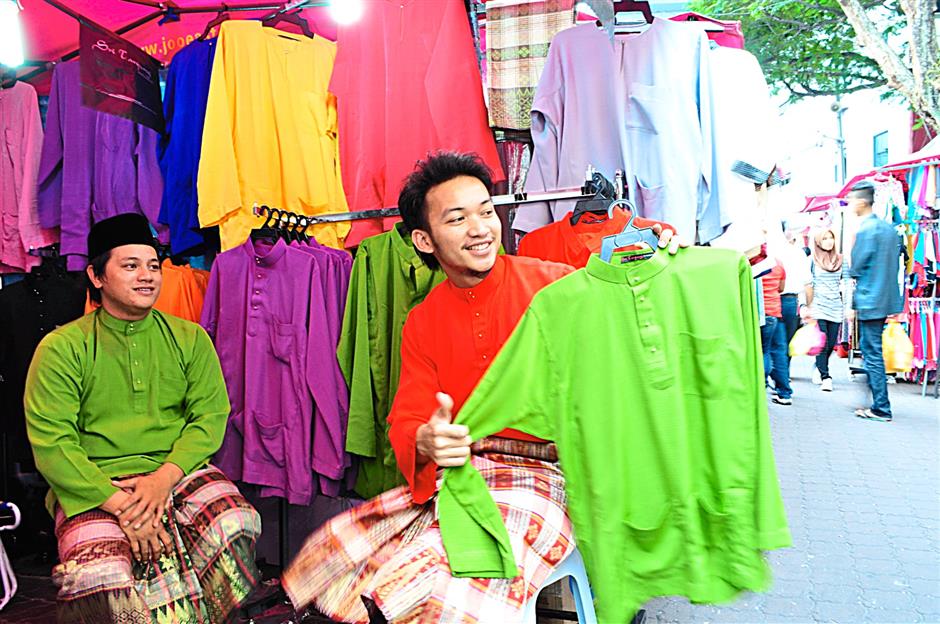 Cousins Safar (left) and Ibrahim are selling a line of baju Melayu under the Sri Tanjung name.

“Last year, we hit RM47,000 in sales,” beams Safar, adding that, on top of a 10% sales commission, the employees are given an allowance of RM20 a day for meals.

Of course, dealing in a location with hundreds of other traders means stiff competition.

“There is no secret formula, really. Just plain common sense. Being honest counts and so is being awake. No customer will find appeal in a stall keeper who is dozing,” says Shaizul Hairee, 20, who is manning a stall selling sneakers.

Competition can be a good thing, offers Norlaila of Serunding Gombak.

“In previous years, City Hall grouped stalls that were selling the same things in one area. To compete, my father came up with the idea to offer different types of serunding. One of our signature dishes, lamb serunding was created due to this,” says Norlaila.

Say Zakarudin and Adenan, “On normal days, people come out to shop singly. During Ramadan, they bring their family because everyone has to have new things to wear on Raya morning. It helps the area is famous as a centre for carpets and clothes which draws shoppers from other states, doubling the numbers”.

Both reckon the crowd has yet to reach its peak as there are more days to go before Hari Raya. They believe traffic will increase nearer to the date as this is when shopkeepers slash prices, sometimes as much as 30% in a bid to clear inventory.

But meeting sales targets is not all there is for these traders. 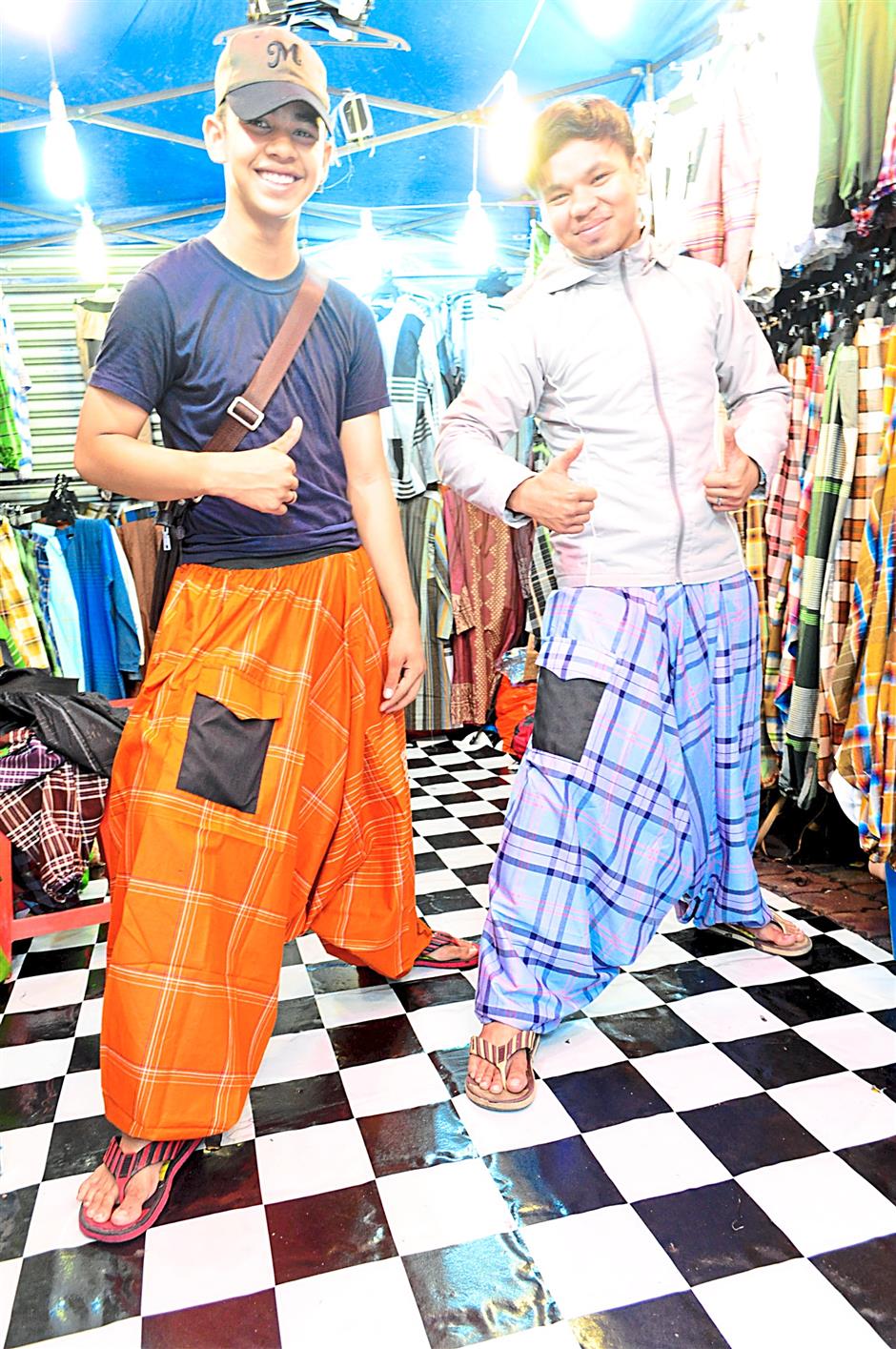 Arif (right) is trying his luck as a self- financed entrepreneur for the first time this Ramadan.

Muhammad Rafi Rajik, 18, who is minding a table and bed linen stall says this is also the time to be with his friends.

“I’ve been following my parents in their night market business since Primary Two. There are many like us who have ‘grown up on the streets’, so to speak. It’s like having a big gathering,” he smiles.

For an idea of how much each shopper can spend, Musfirah Abdul Muthalib, 24, who has brought her younger brother Sheikh Ahmad Alif, 10, to look for a baju Melayu, says her mother has spent close to RM200 on clothes and food.