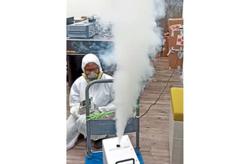 IN 1879, the French, buoyed by their success in building the Suez Canal, embarked on the construction of the Panama Canal in South America. Unfortunately, tens of thousands of workers died of various diseases, including malaria and yellow fever.

In 1904, the US bought all rights to the canal for US$40mil and began work. Within a year, workers began to succumb to yellow fever as well. However, times had changed and in 1900, US Army tropical disease expert Walter Reed proved that yellow fever was transmitted by the Stegomyia fasciata mosquito.

With this knowledge in hand, Colonel Will C. Gorgas set out to eliminate the mosquitoes that carried the dreaded malaria and yellow fever.

His efforts, which included draining swamps, fumigation, providing wire screens for windows and door-to-door visits to search for mosquito larva, proved to be successful and the 77km long waterway was officially inaugurated on Aug 15, 1914. Putting the idea to the test: Inas with the various Arrowblock Anti-Land S lide heads that the compan y tried during the R&D phase.

Closer to home, Malaysians can take some lessons from this experience, especially as the dengue menace rears its ugly head. Some officials have blamed clogged drains as a key cause in the rise of dengue cases, which increased by 17% from 2011 to 2012.

Although littering accounts for a lot of the blockages in the drains, corrosion and breakage of the regular concrete drains add to the problem by creating pockets where water remains stagnant.

IM Concrete (M) Sdn Bhd managing director and founder Inas Saidin was quick to realise this and came up with the Anti-Aedes Concrete Glazed Drain.

He collaborated with Sirim Bhd in the effort and patented the idea in 2006, with the patent being granted in 2010.

Inas said using his drains, four litres of water would flow down a 2° gradient in twice the time it would take in a conventional drain, making it difficult for the water to stagnate.

However, it took time for the market to accept the innovative product and it was only after many exhibitions, demonstrations and meetings with prospective buyers, it finally took off with a first order from a local authority for 300 pieces worth about RM3,000 to construct 200m of drain.

But that was only the beginning.

Their next order, from a subcontractor appointed by the Public Works Department (JKR), was for 4,800 pieces, costing about RM400,000, for a 3km drain.

Putting thought in our drains

Inas, who began with small contracting work that included building drains, said the business could be affected by unpredictable adverse weather conditions.

“When it rains, the materials will be washed away, along with all the hard work that has been done. This is because the concrete will need to dry,” he said.

This gave him the idea of pre-fabricating the pieces in a safe location and then moving it to the building site when needed. A worker preparing the mould to make the glazed concrete drain.

In the case of large orders, he said the company could use readymix and portable moulds on site to manufacture the glazed drain parts.

According to him, the current method for building a drain required at least five steps.

He said workers would first dredge the soil and then add in the cement and bricks before installing the curved glaze and filling in the walls with stones.

After that, the workers would still have to plaster the wall and, Inas said, a rough estimation of the costs would include at least six workers for a 50m drain.

“On top of that, space needs to be allocated for the raw materials which include cement and stones, making the construction site messy and accident-prone,” he said.

With the concrete glaze drain prefabricated at a manufacturing site in Klang, Inas said the workers only needed to focus on installing the blocks.

“It would only require three workers one day to install these concrete glaze blocks for a 50m drain,” he said.

Inas said the company manufactured six size of concrete glazed drain blocks ranging in length from about 15cm to about 60cm.

With about 100 moulds per size, the company can manufacture about 300 pieces per day, depending on the orders. The blocks need one day to dry and another 28 days to cure for it to harden thoroughly.

Apart from having better flow rate using glaze, he said it could last longer than the usual six to seven years for concrete drains, which were prone to corrosion.

“This also saves the local authorities money as the drains will remain untouched for a longer period of time,” he said.

Inas explained that the glaze, which was made of ceramic, did not easily adhere to the cement and proper manufacturing methods were vital to ensure the two materials bonded properly and the finished product did not break easily.

“With Sirim’s help, we carried out a rock test on the blocks where a 1.24kg rock was allowed to free fall from a height of 1m on to the drain. This was repeated three times and the blocks remained solid,” he said.

Incorporated in 2009 and registered with the Finance Ministry to qualify for government construction projects, IM Concrete has grown from a three-man team to a 16-strong workforce. Just like any SME, getting funding is not an easy task and Inas said he started out with his own savings but this was not enough to buy the required machines, materials and to pay wages.

Help came from Cradle Fund Sdn Bhd via the Cradle Investment Programme (CIP) 500 and the company was given a RM500,000 grant in 2012 to increase its spending on capital goods to increase its production capacity. A worker mixing the materials to manufacture the glazed concrete drain.

Their clients include local authorities, developers and other renovation companies. Inas said the company was focusing on the local market at the moment and would be expanding to other states through a franchise system. According to him, discussions were already being held with companies in Perak and Penang.

Within five years, Inas said IM Concrete planned to be the major supplier of concrete glazed drains in Malaysia.

They are also currently working on a new innovation to prevent landslides called the ‘Arrowblock Anti-Land Slide’, which was patented in 2009.

The challenge with this product, Inas said, was that it is a highly critical product where the chemical content of the arrowblock head was crucial.

“To ensure quality control, we only trust Sirim to produce this in adherence to the strictest standards. It could have been produced elsewhere at a lower cost but we will not compromise on safety,” he said.

The product, which was also created in collaboration with Sirim, sees the Finance Ministry-owned company manufacturing the head while the other less crucial part are produced by other manufacturers.

The product picked up a gold award in the Korea Cyber International Genius Inventor Fair in 2012. 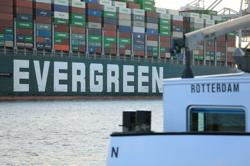 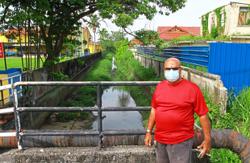