Exports of a local favourite continue to grow

Durians being promoted at the 2010 Shanghai World Expo.

While there are many Malaysians who profess a love of durians, few are passionate enough about the so-called “King of Fruits” to make it the foundation of an export-oriented business since the fruit isn’t exactly well-known outside of South-East Asia.

Brothers Fred and Eric Lim happen to be among the few.

Fred and Eric are big fans of durians, and when they hosted some guests from China, they naturally wanted to share the king of fruits with the visitors.

The brothers from Penang also packed some durians for them to bring home.

That was in 2007, said Fred, recalling how that particular durian feast marked the start of a fruitful business venture. 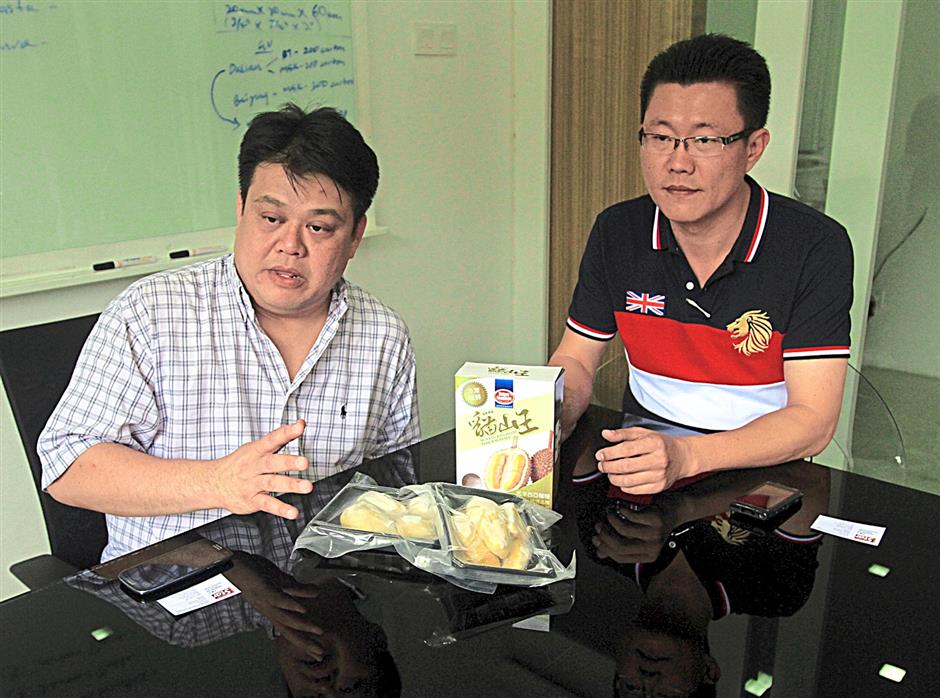 They started the exports to China in 2011 upon getting approval from China’s government.

These days, they also export frozen durians to Taiwan and Australia and are planning to expand to Europe and the United States in the near future, said Fred, who is Nature Goodness supply chain manager, during an interview in Kuala Lumpur recently.

Fred, 43, said there are six exporters of frozen durians from Malaysia to China now, and Nature Goodness accounts for between 20% and 30% of the total quantity exported.

Looking back, the Lim brothers literally smelled business in frozen durians after their friends from China showed a liking for the fruit in 2007.

Fred said their first shipment of frozen durians arrived in China the next year. 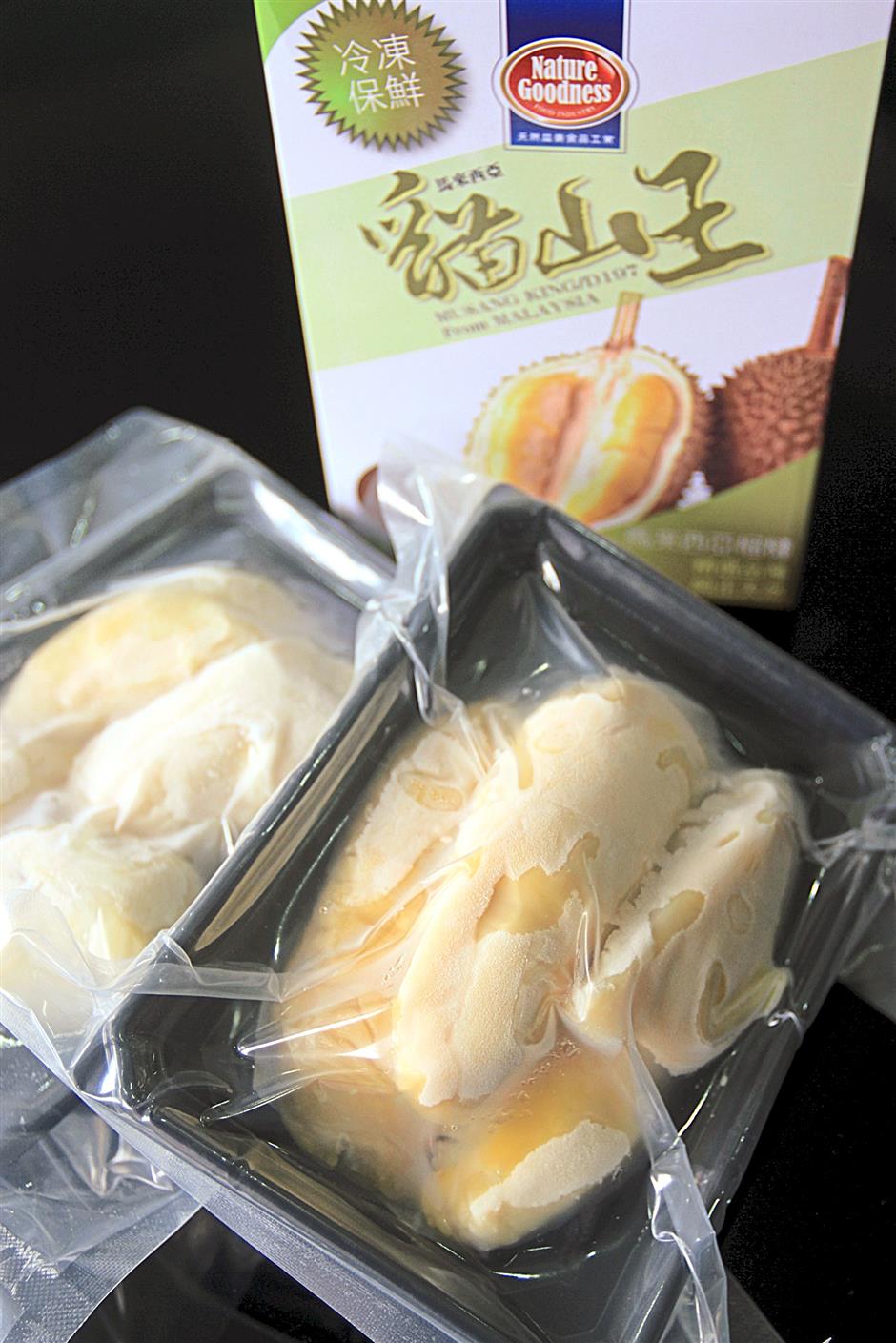 Customers in overseas markets no longer have to deal with the prickly shells of the durian.

“The purpose of that shipment was to apply for approvals from China’s government,” he added.

A lot of work, including research on the right species for export and promotion followed, Fred said.

He said the Federal Agricultural Marketing Authority (Fama) and the Malaysian Agriculture Research and Development Institute (Mardi) also provided a lot of cooperation and help in realising their venture.

“We invested a lot of our time and resources into our venture before our first batch of frozen durians arrived in China in 2011,” said Fred, explaining how they paved the way to enter the China market.

He said China’s authorities imposed regulations, specifying that the fruits had to be from plantations regulated by Malaysia’s Agriculture Department.

This, he added, was to ensure good agricultural practices, like the controlled usage of fertilisers and insecticides, as well soil, water and residue tests.

Fred said the durians must also be packed in factories that meet the guidelines set by the China authorities and registered with the Malaysian government.

Most of all, he said only the “best of the best” durians are exported.

“Our frozen durians are as good as fresh from the farm.

“It takes between four and five hours to transport the fruits from the farm and pack them,” he said, adding that the freshness of the fruit, from its taste, texture and aroma, is estimated to be 97% intact.

Everything comes with a price, and the premium quality durians from Malaysia are 10 times more expensive than those from Thailand, he said.

Fred said exporters are encouraged to export only two species — Musang King and D24 — because there is a regular supply of these two species and their quality has been found to be more consistent.

The majority of the produce come from Raub, Pahang, Johor, Perak and Penang, he added.

The frozen durians from Nature Goodness are processed and packed by Citra Evolusi Sdn Bhd at the Fama AMC Jerantut factory in Jerantut, Pahang, a joint venture between Citra Evolusi and Fama.

Citra Evolusi chief executive officer and director, Paul Mak, said the durians are individually quick frozen (IQF) and the factory is the first in the world to use IQF for packing durians.

Mak said freshness is guaranteed as it takes just four to five hours to transport the durians from the farm and get them packed in the factory.

He said the durians are all naturally ripened on trees to ensure their natural goodness.

While Mak acknowledged the high pricing of Malaysian durians may be an initial consideration for some consumers, he said they are fully convinced that there is value in the price once they taste it.

“The consumers know the difference at once. In fact, the main challenge is to get them to taste our durians.”