Startup creates suit to help athletes of all levels

The name of his company is one thing, what its products can do is quite another.

Incorporated in 2009 to launch the Lila: Movement Technology brand, the company focuses on creating high-performance products engineered to help people improve the way they move.

Sportboleh launched its first product in Malaysia under the Lila: Movement Technology brand — the Exogen high-performance exoskeleton — towards the end of last year.

The product is also being tested in major US sports leagues like Major League Baseball, National Hockey League and National Basketball Association.

A radar speed gun is used to measure the speed of an object being hit or thrown by an athlete before and after training using the Exogen.

Designed to take resistance training out of the gym, Dolcetti says the Exogen suit is being used as a training aid in sports as diverse as lacrosse, mixed martial arts, rugby, crickett, weightlifting and sprinting in several countries including the US, Canada and New Zealand.

“We observed atheletes during training and we realised that their interest is in playing the sport they love, not going to the gym and working out, just like most people,” Dolcetti says.

This led to the idea of building a suit that adds weight to athletes during training without hampering their movement in any way.

Dubbed the “iron man suit”, he says the suits are now being marketed to the coaches of athletes.

With modest sales of about RM100,000 since late last year, he says the company is constantly gathering feedback to improve the suit.

Retailing at about RM200 to RM600, the suit will be available to the public by the second half of this year.

“The product is still quite exclusive to elite athletes at the moment since it is marketed to trainers who want their athletes to improve,” Dolcetti says.

The three different loads (from top to bottom) — 50, 100 and 200gm allow athletes to add up to 20% of their body weight during training with Exogen suit.

The company has five employees and its research and development centre in Malaysia.

The packaging, assembly and marketing of the suits is done here, while he suits’ components are manufactured in Taiwan, China and Malaysia.

“There are plans to fully manufacture the components in Malaysia in the next three to five years,” he says.

Lila, which means “God at play” in Sanskrit, will certainly bring new methods of training into play.

The suit comes in the form of a top, shorts, sleeves for the upper arm, forearm, thights and calves made from layers of high performance elastics with wicking, thermoregulation, compression and anti-microbial properties.

The company recently filed patents for it products.

Dolcetti, who is a sport scientist and movement training specialist who spent over 25 years working at the highest levels of sports, was the athlete conditioning head for National Sports Council from 2000 to 2008. Prior to that, he was conditioning coach for the NBA’s Memphis Grizzlies team.

Currently, in addition to his role as CEO of Sportboleh, he consults with several high-performance programmes including Sepang International Circuit’s MotoGP, National Sports Institute of Malaysia Conditioning Centre and the new Asean Basketball League.

“My main role is to train the sports staff, and we managed to create a multidiciplinary team, from nurtition, training, and rehabilitation to come together to give their best to atheletes,” he says.

According Dolcetti the Lila Exogen suit can be used in almost any sport and trials were even done with divers and swimmers. Examples of sports that could greatly benefit from the suit include gymnastics, martial arts, bowling, golf, football, badminton and other outdoor and extreme sports.

R&D on the suits started in 2003 when the concept was first developed and the prototypes were tested with Malaysian Olympic athletes. The trials continued with professional athletes both in Malaysia and abroad with Sportboleh’s technical team of international sports science experts providing daily and weekly updates for the development of the product.

The product, which allows the user to add light resistance to the body, anywhere and anytime helps to improve the body’s ability to do physical activitites.

The company invested in equipment that allows them to perform all the relevant product and material testing in-house, including tests for pressure and compression, wicking and thermo-regulation, material strength and durability and performance outcomes from product use, including aerobic, recovery, strength, power, speed, and agility improvements.

Dolcetti says he faced challenges in setting up the company, but the continuous encouragement from the people around him kept him going.

One of his early challenges was getting to know the people who would contribute to the supply chain, from the materials supplier to the manufacturer.

Beginning with his own savings, and subsequently funding from Cradle Fund Sdn Bhd in 2011, he says up to RM1mil has been put into the company.

“This amount would have likely tripled if I’ve founded the company in more developed markets,” he says.

In the long run, company intends to target four major markets worldwide, including the new sport and exercise technology market. The sports apparel industry alone is expected to exceed US$126bil (RM414.7bil) by next year, according to some industry analysts.

“Our market includes everyone from youth to competitive elite international and professional athletes. This could include those who participate in sports for recreational purposes, from active fitness activities for people who walk, jog, climb and cycle up to the elite fitness participants and trainers in cross-fit, and ultra-endurance fitness activities,” he says.

Another potential market is in rehabilitation where people require physical therapy due to injuries.

Dolcetti says he also sees possibilities for the suits to be used the training of military, police, fire department and rescue services personnel.

“Personnel of the emergency services represent one of the largest groups of people on the planet who are involved in very specific physical conditioning requiring high levels of performance in real world situations with their body weight plus additional equipment. This lends itself very well to the very specific type of training that can be done with Exogen,” he says, adding that they are currently in discussions with Special Weapons And Tactics teams overseas to see how the suit can help their personnel perform better in work.

This July, the company is planning to launch the product in Las Vegas during the National Strength and Conditioning Association (NSCA)convention.

The South African anti-apartheid revolutionary and former president of South Africa also added that it is more powerful than governments in breaking down racial barriers.

Inspired by Mandela’s quote, Dolcetti says the philosophy behind the company’s formation is to break barriers in sports and how people move.

“The future is about movement, not just strenght training per se and our objective is to improve how people move,” he says.

He says the suits will one day be equipped with biofeedback technology. These will enable users to monitor their heart rate, energy output, calorie expenditure, acceleration, speed and inertia. It may even measure the force, which is useful for measuring the force of collisions between rugby players.

With the future about movement, it may even incorporate a global positioning system. All this is planned for 2015, and in the meantime, Dolcetti is looking at potential angel investors who can fulfill its company’s global goal.

“We are getting calls for distributorship from all over the world, and we want an equity partner who can bring this company forward, not just passive investing,” he said. 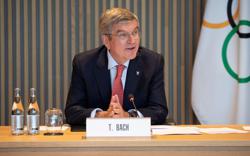 Need to be bold in education