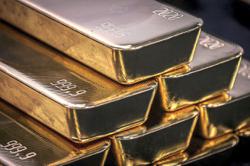 Protests are often not acts of deliberation but desperation, because the protestors feel that they are not in charge of their lives and those in charge do not seem to care, or worse, do not seem to be aware of the depths of their predicaments. — AFP

LANDING in the exotically beautiful island of Flores (Flower in Portuguese), east of Bali, the rest of the world is far away. Away from the protests that are erupting in China, Iran, Brazil and in Europe.

Social scientists will have a field day dissecting why such protests have erupted everywhere. The proximate causes appear to be discontent with the pandemic, loss of jobs and income, high inflation, and how authorities mishandled the situation.

But there are deeper issues regarding how the managing elites continue to misread what the masses feel after years of neglect and blindness to their plight.

The economist and psychologist Daniel Kahneman asked famously: Why we are blind to our blindness? That is attributed to cognitive biases in which one party (elites or top leadership) completely misread what the rest are feeling or thinking. Irrespective of whether we live in democracies or autocracies, there is a social contract between those who are at the top and those who follow.

Princeton economist Roland Benabou (2012) has an excellent perspective on how “groupthink” within organisations and markets end up with collective denial and blindness.

Groupthink was coined by social psychologist Irving Janis in his 1972 classic study of Bay of Pigs and Vietnam War failures, in which he surmised that groups delude themselves and then deny reality in the face of facts. The symptoms identified are:

Sounds familiar with what is going on right now?

Benabou extended Janis’ work to an economic model of how wishful thinking and reality denial spread through organisations and markets.

Applying the principle of “mutually assured delusion” (MAD), groups reinforce each other’s biases and either end up with market manias, or denying that the market cannot stay up forever, with market crashes.

All organisations have identified goals and values. How they achieve these is to have policies, processes and structures to implement these policies.

Technocrats with PhDs who are not street-wise forget that policies have bad outcomes if they ignore processes and structures that are obsolete. Elegant theories have a habit of failing because reality is messy and uncertain, with accidents and events that throw theories out of the window.

But groupthink denies such inconvenient truths. Indignantly standing on moral principle with disregard to the real costs may end up with system collapse.

The free market system is a theory, not reality, because the real world is mostly a messy ecosystem of different forms of governments and markets, ranging from competitive markets to shades of monopolies, oligopolies or even kleptocracies.

The elites have their comfortable view of how things work, whereas the bottom half of society has to struggle with the pandemic, technological jobs losses, rising education and health costs, crime, inflation, insufficient savings, rising debt and political corruption.

After three years of pandemic lockdown, living in social isolation, and faced with a changed world where war and inflation is eroding into daily lives, it is not surprising that anger and emotion has spilled over to protests.

Rational thinking prevalent in mainstream economic theories is giving way to waves of emotion from the bottom half of society who are saying enough is enough.

Protests are often not acts of deliberation but desperation, because the protestors feel that they are not in charge of their lives and those in charge do not seem to care, or worse, do not seem to be aware of the depths of their predicaments.

What is clearly wrong is that the current paradigm is not working; the processes, specifically the feedback mechanisms, are failing to tell those at the top what the bottom feels, and the context has changed profoundly.

Unfortunately, each part of government, including specialised agencies, feel that they should stick to their mandates and not get out of their comfort zones.

The collective whole is not working and just to blame the politicians, the civil servants or foreigners will no longer suffice.

In situations when the media itself has become part of the cheerleaders of one point of view rather than giving both sides of the argument, there are few forces pushing towards moderation, and everything moving towards polarisation.

Climate change is a complex system change involving the whole of humanity and planet. War, on the other hand, occurs because one part of the bureaucracy in one or more nations (deep state) pushes for more spending on arms and fighting enemies, in reality for their own narrow interests.

War has never solved climate change or been final in any conflict between nations. It destroys rather than build, simply marking the transition to another era of instability, consuming more energy and irreplaceable natural resources as well as damage to lives and planet.

Groupthink calamities are everywhere in history and place.

Four centuries ago, the Dutch East Indies Company arrived in the Spice Islands to kick out the Portuguese. Two centuries later in 1810, the British fought the Dutch over control of the spice trade.

In the Anglo-Dutch treaty of 1814, the Spice Islands were “returned” to Holland (the locals had no say in the subject), but not before transplanting the nutmeg and clove seedlings all over the British Empire, so that the Moluccan spice trade lost its monopoly.

Thus, when rich countries talk about human rights, free trade and rule-based order, they should remember their own colonial history in which their groupthink was to take what they could by force, irrespective of local protests and rewrite history in their favour.

The world would be a better place if everyone rethink how to deal with their own internal injustices and getting out of their groupthink delusions. 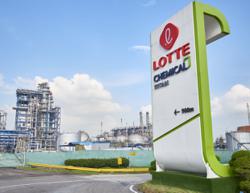