will likely fall short on its plan of RM3.3bil in new property development launches for financial year 2022 (FY22) as it has faced delays with getting approvals from relevant authorities.

The property developer’s launches for the nine months of this year have only hit RM517mil in gross development value (GDV), according to CGS- CIMB Research.

“We gather UEM Sunrise could miss its FY22 new property sales target as several new launches were rescheduled due to delays in obtaining approvals from the relevant authorities.

The launch of projects such as The MINH (RM950mil GDV) at Mont’ Kiara and The Connaught One (RM740mil GDV) at Cheras (in the Klang Valley) were delayed from the second half (2H22) to 1H23,” the research house noted in a report on UEM Sunrise yesterday.

The property group is expected to pursue full settlement of the remaining inventories in Aurora Melbourne Central and Conservatory by end-FY22, where the unbilled sales totalled some RM47.4mil as of Sept 22, CGS-CIMB Research added.

The delay in launches and sales that have been below expectations saw the research house cutting its valuation on UEM Sunrise to 33 sen a share from 40 sen previously after factoring in a lower historical price-to-book valuation ratio of 0.24 times as compared with 0.3 times earlier.

UEM Sunrise’s sales of new property in the nine months of this year came in at RM736.2mil versus RM915mil in the same period last year, and at 49% of its FY22 sales target of RM1.5bil.

CGS-CIMB Research noted that RM56mil of the new sales came from new launches while RM296.7mil from inventory monetisation and RM383.5mil from ongoing projects.

UEM Sunrise unbilled sales at the end of September stood at RM2.2bil and the group managed to reduce its inventory to RM227.1mil from RM396.9mil as of end 2021.

The results were above CGS-CIMB Research’s expectations and due to higher-than-expected gross profit and contributions from its joint venture and associates. 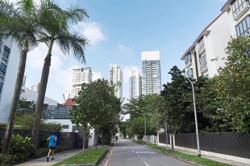