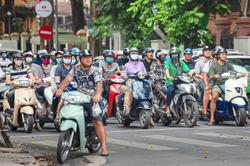 “The strong performance was due to the higher level of operating activities at the property division as well as the net gain from the asset monetisation exercises that took place in 3Q, i.e the sale of the tertiary education campus in Damansara Jaya and the divestment of the remaining 20% equity in the pre-tertiary education business,” group CEO Jeffrey Chew said in a statement.

Year-to-date, the developer’s net profit surged to RM41.3mil, close to 10 times that of RM4.2mil posted a year prior while revenue jumped to RM602.2mil against RM364.01mil.

Chew said he was pleased that the group's financial performance for the first nine months of 2022 had surpassed that of the full year in 2021.

“Moving into the fourth quarter, the Group remains in a resilient position to deliver a year of solid growth focusing largely on enhancing the Group's productivity amid an inflationary environment,” he said.

For the first nine months of 2022, sales of RM691mil was recorded, an increase of 95% while unbilled sales of RM1.3bil was a new milestone achieved.

“Leveraging on the strong sales momentum, we are on track to launch RM1.2bil of properties this year.

In respect of the non-core assets monetisation strategy involving the two sale transactions of 3Q22, RM180mil cash will be raised of which RM85mil will be used to pare down borrowings while RM74.6mil has been earmarked as special dividend for shareholders. 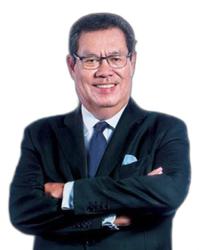