posted a slightly higher net profit of RM1.17 billion for the financial year ended Sept 30, 2022 (FY2022) compared to RM1.15 billion in the previous corresponding year, due to higher contributions recorded by all segments.

Revenue also increased to RM28.22 billion versus RM20.72 billion a year earlier, it said in a filing with Bursa Malaysia today.

However, the increase in the plantation’s profit was offset by a fair value loss of RM17.75 million on the valuation of unharvested fresh fruit bunches and higher CPO production costs, said the group.

Its manufacturing segment reported a 25.4 per cent higher profit of RM1.28 billion on 34.5 per cent higher revenue at RM23.54 billion, attributable to higher contributions from the oleochemical division.

Meanwhile, the property development’s profit was 3.4 per cent higher at RM71.58 million with a flat revenue of RM195.20 million.

On prospect, it said that in view of softening CPO prices since June 2022 due to the heightened risk of global recession, the group’s plantation segment profit for FY2023 is expected to be affected by escalating costs in fuel, fertilisers and agrochemicals. 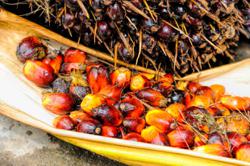