Successful year of growth and resilience

PETALING JAYA: The performance of Malaysia’s exporters has been strong over the past year, according to judges in the first round of judging for the Export Excellence Awards (EEA) 2022.

Kuala Lumpur Malay Chamber of Commerce (KLMCC) honorary secretary Rizal Abdul Rahman, who returned as a judge this year, noted that the quality of the submissions has improved from the previous year.

When looking at the trend and growth of the companies that have submitted for EEA 2022, Rizal said it was remarkable how adaptable Malaysian companies have proven themselves to be.

“What’s obvious to see is how successfully companies were able to switch their business model and their revenue streams towards exports, in terms of the ratio between domestic sales and export,” he said.

For instance, he pointed to the fact that there were a numer of companies that started from a 50:50 ratio, but were able to increase export contribution by 92% to 95% to their revenue in 2021.While Covid-19 has forced a paradigm shift in the way of doing business, he stressed that it was also able to spur companies to look at the export market seriously.

This, he said, has demonstrated the capability of Malaysian companies in tapping into new export opportunities and diversifying their geographical footprint for growth in trying times, once they applied themselves to it.

He shared; “Servicing the global market, the pie is much bigger when compared to its domestic counterpart. “In a way, the Covid-19 disruption pushed our companies to think beyond Malaysia’s borders and export, with exports diversified and widespread across the various markets they were exploring.”

He shared that during the last year, while the strong growth in the healthcare and logistics sectors were to be expected, what came as a surprise was the rise in exports across the industries of engineering, manufacturing and financial services, amongst others, based on EEA 2022 submissions.

Rizal further stressed that the impressive trend of resilience from last year’s submissions has continued into this year’s, noting that some companies were especially innovative in the way they explored new markets and opportunities for growth at the international level.

Further emphasising on this point of view was Malaysia Retail Chain Association (MRCA) vice-president Datuk Winnie Lim, one of the chief judges for the first round.

Acknowledging that although it was vital to look at the ratio of export contribution to revenue, as well as the growth in terms of geographical footprint, Lim pointed out that companies should also consider whether or not they would be able to sustain their export figures in the years to come.

In essence, companies have to measure growth within the context of the environment they are operating in, especially when it pertains to resilience and environmental, social and governance (ESG) considerations.“After the pandemic, certain exports will be reduced for certain companies due to changes in demand and supply.

“I believe that it is thus important to gauge that they can be resilient and sustainable into the future, which is where ESG comes in to emphasise on the risks to business continuity,” she explained.

She added that those were among the considerations she kept in mind while judging the submissions, noting that only the strongest and most resilient companies should be chosen as winners.

This is becayse they will not only sustain business growth in the coming years, but can also serve as examples of successful Malaysian exporters to inspire their peers.

Winners of EEA 2022 will be announced at the Export Excellence Awards Gala Night, to be held on Nov 24, 2022 at DoubleTree by Hilton Hotel Kuala Lumpur.

EEA is organised by Star Media Group in partnership with Standard Chartered Malaysia, with PKT Logistics Group as co-sponsor and Matrade as patron.

It is audited by BDO. For more information on EEA, visit exportawards.com.my, or email eea@thestar.com.my. 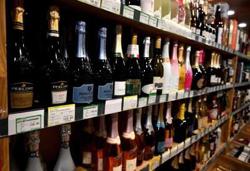