The oil and gas production and exploration firm said the capital reduction would eliminate the company’s accumulated losses and hence enable it to have a retained earnings balance to facilitate the proposed buyback.

"Accordingly, the adjustment of RM800 million arising from such cancellation will be used to eliminate the accumulated losses in its entirety while the balance amount of RM109.4 million will be in the form of retained earnings of the company,” it said in a filing with Bursa Malaysia today.

On the proposed buyback, Hibiscus Petroleum said it would allow it to acquire its shares to capitalise on any undervaluation, including inter-alia, the realisation of potential capital gains if it later resold the treasury shares at higher prices.

"The proposed share buyback may be funded through internally generated funds and/or external borrowings, the exact proportion of which has yet to be determined at this juncture,” it added.

Its shares closed a sen higher at 87 sen today.

As at Sept 15, the maximum number of shares that may be bought or held as treasury shares by the company was 201.24 million shares, it noted.

Hibiscus Petroleum said its board would take into consideration, among others, the availability of retained earnings and financial resources at the time of the purchase including the market pricing of its shares to address any perceived undervaluation.

In a separate filing, the company announced the appointment a new independent, non-executive director, Emeliana Dallan Rice-Oxley, with effect on Oct 5.

Emeliana, 59, has over 30 years’ experience in the oil and gas industry and was previously the vice president of exploration (upstream) at PETRONAS.

She is currently a member of Heriot-Watt University Malaysia’s business advisory board and an advisory board member for the Women’s Global Leadership Conference, Houston.

The company also recommended a final single-tier dividend of one sen per share of FY2022 for the shareholders’ approval at the upcoming annual general meeting. 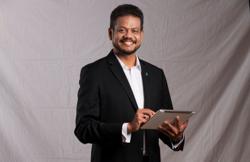