The Japanese government and PETRONAS will sign a memorandum of cooperation in Tokyo at the LNG Producer-Consumer Conference hosted by Japan’s trade ministry, according to documents obtained by Bloomberg News.

They will also consider allowing Japan to tap into PETRONAS’ LNG storage tanks when needed.

Resource-scant Japan has been considering a variety of measures to make sure it has stable supply of LNG, especially as competition for the super-chilled fuel is set to intensify after the suspected sabotage of pipelines carrying Russian gas to Europe.

Japan is eyeing its agreement with the Malaysian company as a way to form partnerships in the region to ensure continued investments in natural gas.

The utility started using tanks in Indonesia earlier this year under an agreement with a unit of PT Pertamina.

The Japanese government is also creating a framework for the state-owned Japan Oil, Gas and Metals National Corp to import LNG in bulk if companies can’t afford to do so.

Japan has been buying cargoes over the last few months to stock up for the upcoming winter, putting stockpiles held by power producers well above the five-year average. — Bloomberg 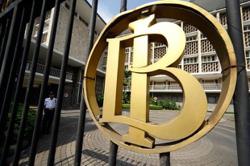