Khazanah Nasional managing director Datuk Amirul Feisal Wan Zahir said the national sovereign wealth fund is seeking for the right time to invest and capitalise on opportunities to leverage on its global presence and networks.

“We look at strategic asset allocations and it’s just a question of when and where,” he said during a MIDF Conversations webinar yesterday, adding fund has is eyes now on South-East Asia and India.

He added the United States is still an attractive market but is uncertain about when China is going to open up.

For Malaysia, the fund is committed to its Dana Impak initiative and ways to create more value from its existing portfolio despite allocating funds for new investments.

Khazanah has allocated RM6bil for the Dana Impak initiative which aims to to invest in catalytic sectors that strengthen the country’s resilience and open new growth opportunities. Amirul said returns from the initiative are relatively low in the near term but should improve with time.

Commenting on Khazanah’s plans for its Malaysia portfolio, Amirul said: “As far as investing in Malaysia, we have allocated funds at some point but we also have a responsibility to ensure that we create more value from the investments here.”

“I think there is more value to be gained for us participating not through investments, but through how we can create value from our existing investments,’’ he said.

He pointed out that the performance of Khazanah’s companies in the last 10 years could have been better.

The fund has controlling stakes in companies like Tenaga Nasional Bhd

Khazanah’s the total assets are worth RM145.6bil with 90% of that in its investment portfolio.

“There is actually a lot more that can be done for them to be globally competitive and create that value increase.

“That is part of our pillars in our asset advancing Malaysia strategy,” Amirul pointed out.

He said Khazanah’s role since its establishment has been to hold the commercial investments of the country and make a return on them while looking at new growth areas. Its approach has, however, changed over time.

“In the earlier years of Khazanah, existing investments were held more as a custodian role. There were also investments that were upheld in certain strategic companies as well.

“Today, we’re trying to look at how we can do it in a more structured manner and remain resilient,” he added. 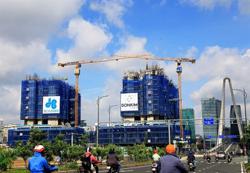